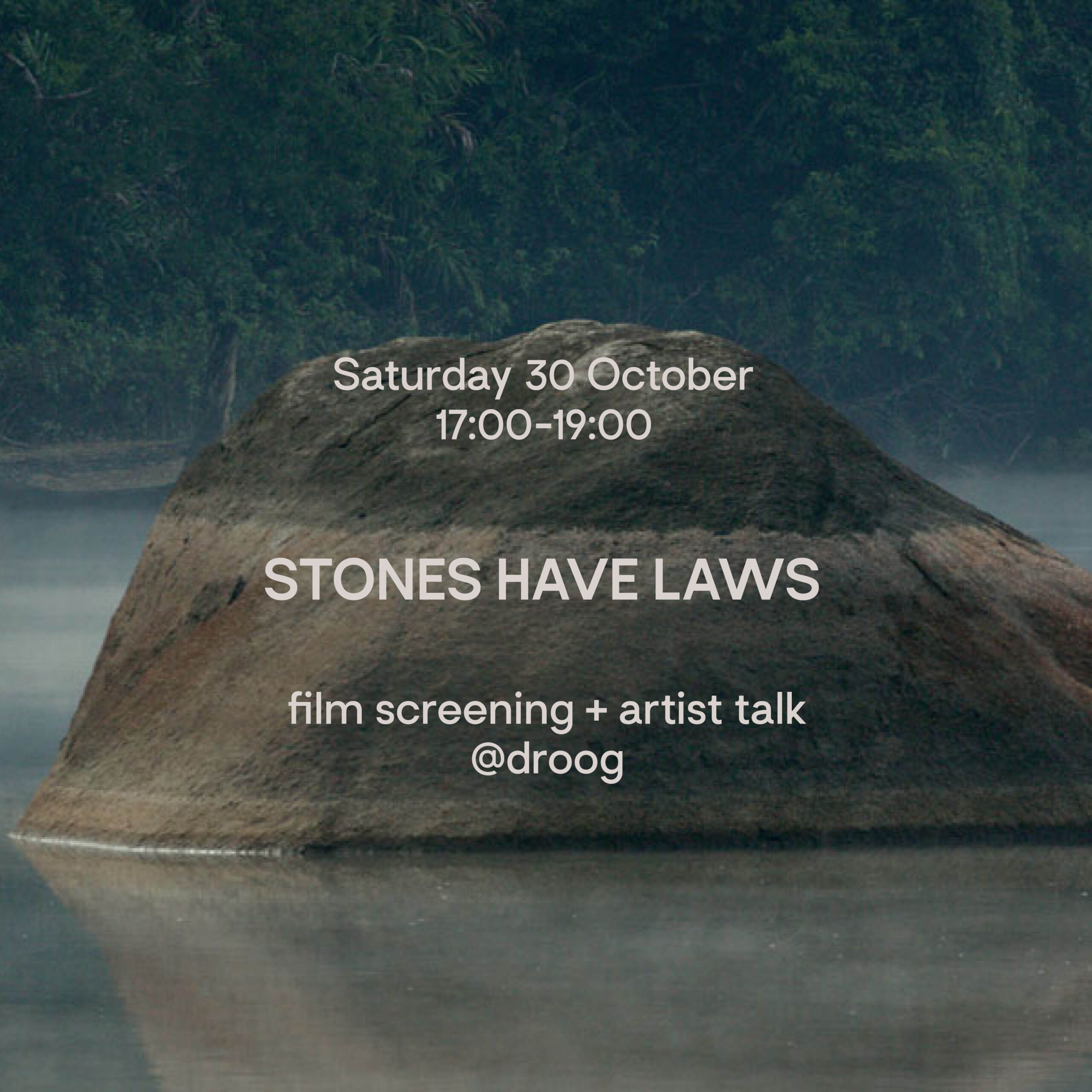 Join us for a film screening and behind-the-scenes artist talk!

Stones Have Laws (Dee Sitonu a Weti) is an immersive initiation into the life of a Maroon community in the former Dutch colony of Suriname. Combining stories of African ancestral traditions and escaped slavery with enacted contemporary rituals, the film explores how the community’s powerful ties to the land have become endangered as industries threaten to devastate the region through deforestation and mining.

The project was initiated by Dutch artists Lonnie van Brummelen and Siebren de Haan, and developed in collaboration with the Surinamese theater maker Tolin Erwin Alexander, himself Okanisi Maroon. The three of them closely involved the Maroon community in the development of the film, which was made using an experimental process of collective scripting. The result is a unique cinematic form that bridges filmmaking, poetry and theatre.

After the screening, the makers will tell their story of creating the film in a talk moderated by Christine de Baan.

This event is part of the exhibition The World As We Don’t Know It, on view in the [email protected]

Date: Saturday the 30th of October