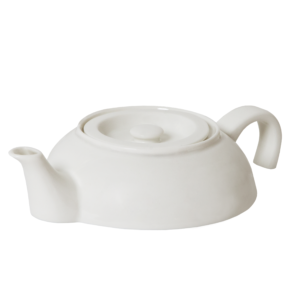 added to bag
Tea for one
Checkout

The House of textures is like jewellery. The layers show what the house has been built of, such as graffiti, bricks and wallpaper. Inside you can see a miniature prelude of the Chair of textures.

Price on request, get in touch via [email protected]

Tjep. works in a diversity of fields: from a Tiara for Princess Maxima to a nest consisting of giant rubber branches as a sofa. From the development of champaign popcorn for Volkswagen to complete interiors and identities for restaurants, schools and shops. Tjep. was founded by Frank Tjepkema, such a unpronounceable name required a design intervention in itself, which resulted in Frank’s agency name: Tjep.

Tjep. consists of a small team of highly motivated designers based in Amsterdam and working for companies such as Droog, British Airways, Camper, Heineken and Ikea.

In every project the objective is to challenge conventional views, every project starts with a ‘why?’. The execution, on the other hand, should be a delicious cocktail combining innovative ideas with functionality and visual elegance. Ultimately Tjep. is designing to add a little quality, energy and amazement to the world.

Tjep. work is part of the permanent collections of Centraal Museum Utrecht, Stedelijk Museum of Modern Art Amsterdam, Museum’t Kruithuis in Den Bosch, Museum fur Kunst und Gewerbe in Hamburg. The agency’s work has been exhibited around the world on numerous occasions, amongst others in Japan, France, United States, Germany, Brazil, Italy, South Korea, Switzerland and Sweden. It has also been extensively recognized through national and international awards and publications.