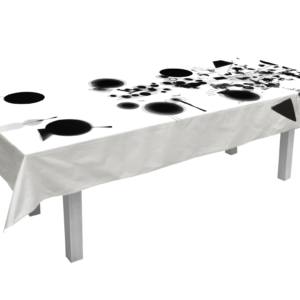 This special edition of Baas’ project Hey chair be a bookshelf is made of contemporary discarded products, like a skateboard, laptop and push-carts. Artist Franck Bragigand painted it in subtle colours, of course in close collaboration with Baas.

Price on request, get in touch via [email protected]

Maarten Baas (born 19 February 1978) is a Dutch designer. From 1979, Baas grew up in Burgh-Haamstede and Hemmen located in the southwest and central region of the Netherlands. After graduating from high school, he began studying at the Design Academy Eindhoven in 1996. Baas is considered to be one of the most influential Dutch designers of the beginning of the 21st century. He is often described as an “author designer,” of which his works lie on the boundaries between art and design. His work is known as rebellious, playful, intellectual, theatrical and artistic. He has gained an autonomous position in the design field, and his work varies from conceptual designs, limited editions, production design, installations, public space, architecture, interior design, theater design and performances.

For more than twenty years, Franck Bragigand has been developing a body of work constisting in ‘painting subjects’, which results in a collection of works gathered under the title : Restoration of the daily life. The subjects chosen by the artist vary from artistic items, edition, found objects, book/library, people’s private belongings, buildings, roads, monuments, urban settings… with the underlying theme that the formal idea of restoration is extended to a critical exploration of human production. Paint has thus become a means in which to underline the dialogue between the subjects and their specific context.