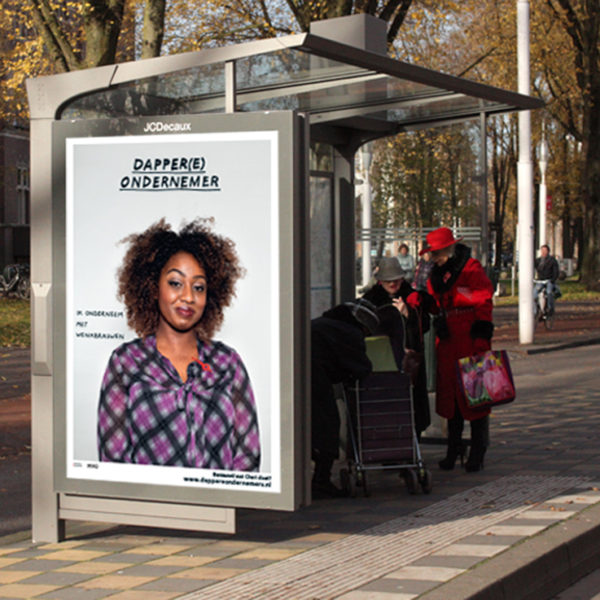 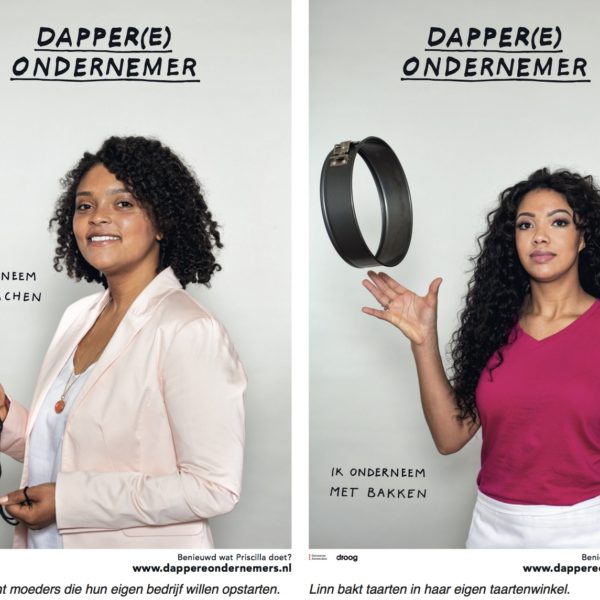 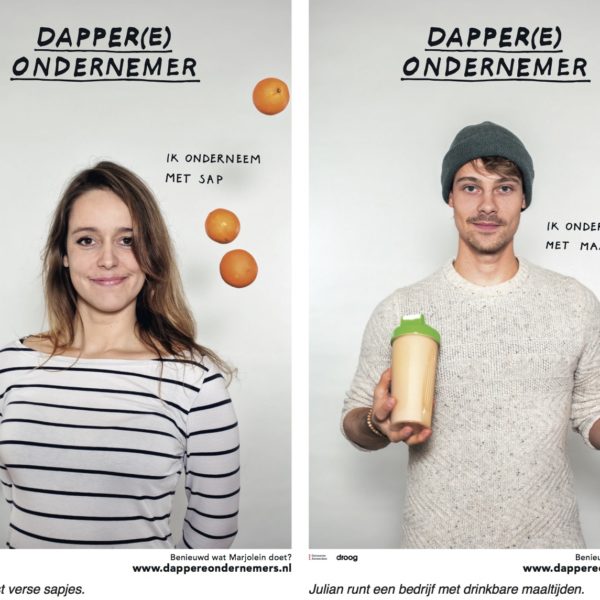 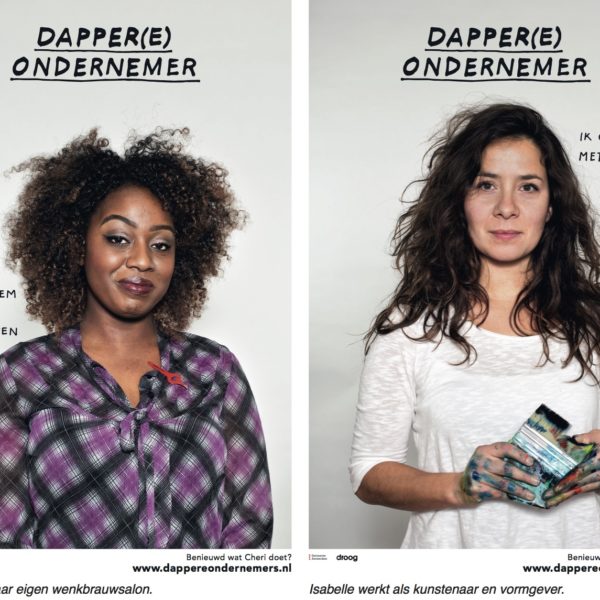 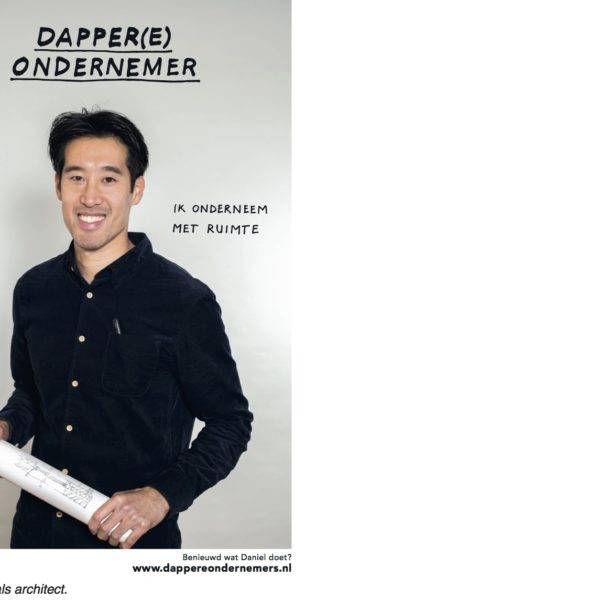 What does it really take to be an entrepreneur? The aim of Dapper(e) Ondernemers (brave entrepreneurs) is to create a valuable connection between young entrepreneurs and experienced entrepreneurs in Amsterdam East. To share information, learn from each other and be inspired.

Times are changing. More and more youth would like to run their own businesses instead of working for a boss. However, taking the step to be your own boss takes guts and some guidance. Who better to learn from and be inspired by than those who have already taken these steps? For experienced entrepreneurs it is your chance to share your real life experience and gain value in mentorship.

Commissioned by the City of Amsterdam, Droog deployed the Design+Desires research-and-do method on the dreams and wishes of young people in regard to work and leisure. The research “Me, Myself & My Job” conducted via a social media campaign focused on the main question: Do young people (18-35 years) in Amsterdam East want to create their dream job from their passions?

On January 23rd 2017, Droog in collaboration with the City of Amsterdam organized the first public meeting for a Start Up Accelerator. During the Start Up Accelerator, young and experienced entrepreneurs had the chance to meet one other, share knowledge and identify each other’s wants and needs.

The public meeting was organized via a poster campaign (January 10-24, 2017) of the same name shown the weeks prior in 40 bus stops throughout Amsterdam East. Via a Facebook promotion, Droog interviewed and hand-selected 17 young, proud and successful entrepreneurs to showcase on the posters.