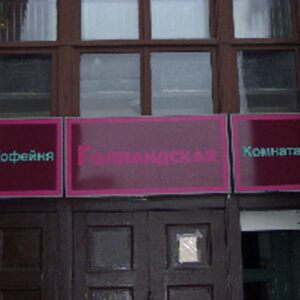 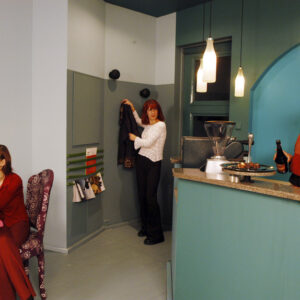 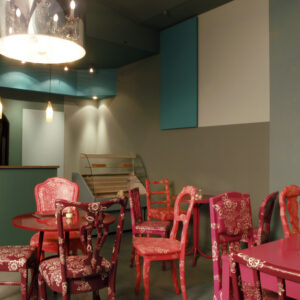 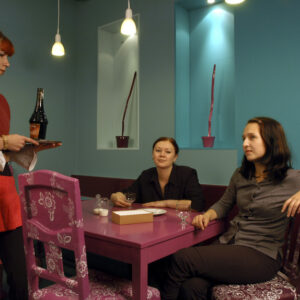 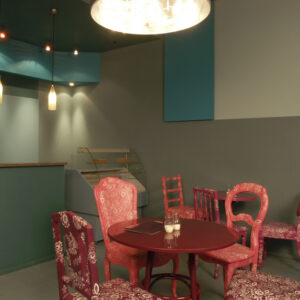 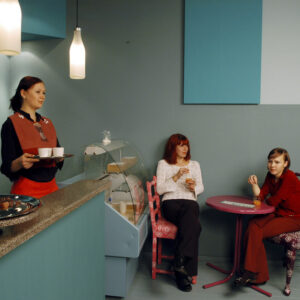 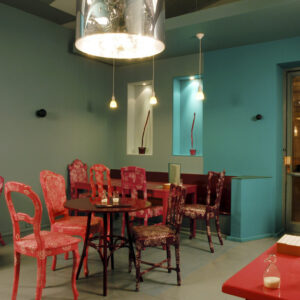 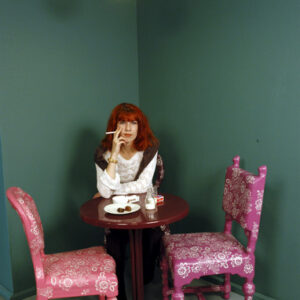 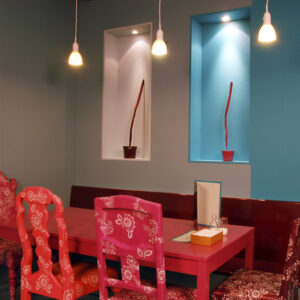 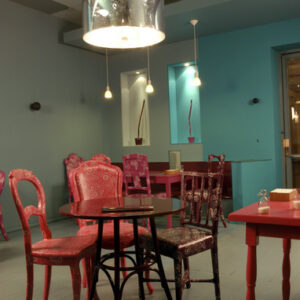 Gollandskaya Komnata, St. Petersburg: the Premsela Foundation for Dutch Design commissioned Droog with the furnishing of the ‘Café Dutch Room’ at the Baltic House Theatre in St. Petersburg.

To celebrate the 300th anniversary of he city of St. Petersburg in 2003, The Netherlands organize a week of Dutch Culture. Various Dutch theatre and dance performances are presented in various theatres in the Russian city.

The Premsela Foundation for Dutch design asks Droog to furnish a small coffee shop in the Baltic House Theatre. This commission had to be carried out within a period of two months. At the forefront of Droog’s concept is the wish to re-use the existing situation as much as possible and, given the location in a theatre, to achieve a theatrical effect.

Franck Bragigand is asked to paint the space from top to bottom. He makes a colour scheme of different shades of green.

Conny Groenewegen bases her designs for the waiter’s uniforms on second hand clothing. The result is a combination of domesticity and theatre that plays with historical styles in a contemporary manner. A wink as it were to the imperial rooms in the Hermitage.