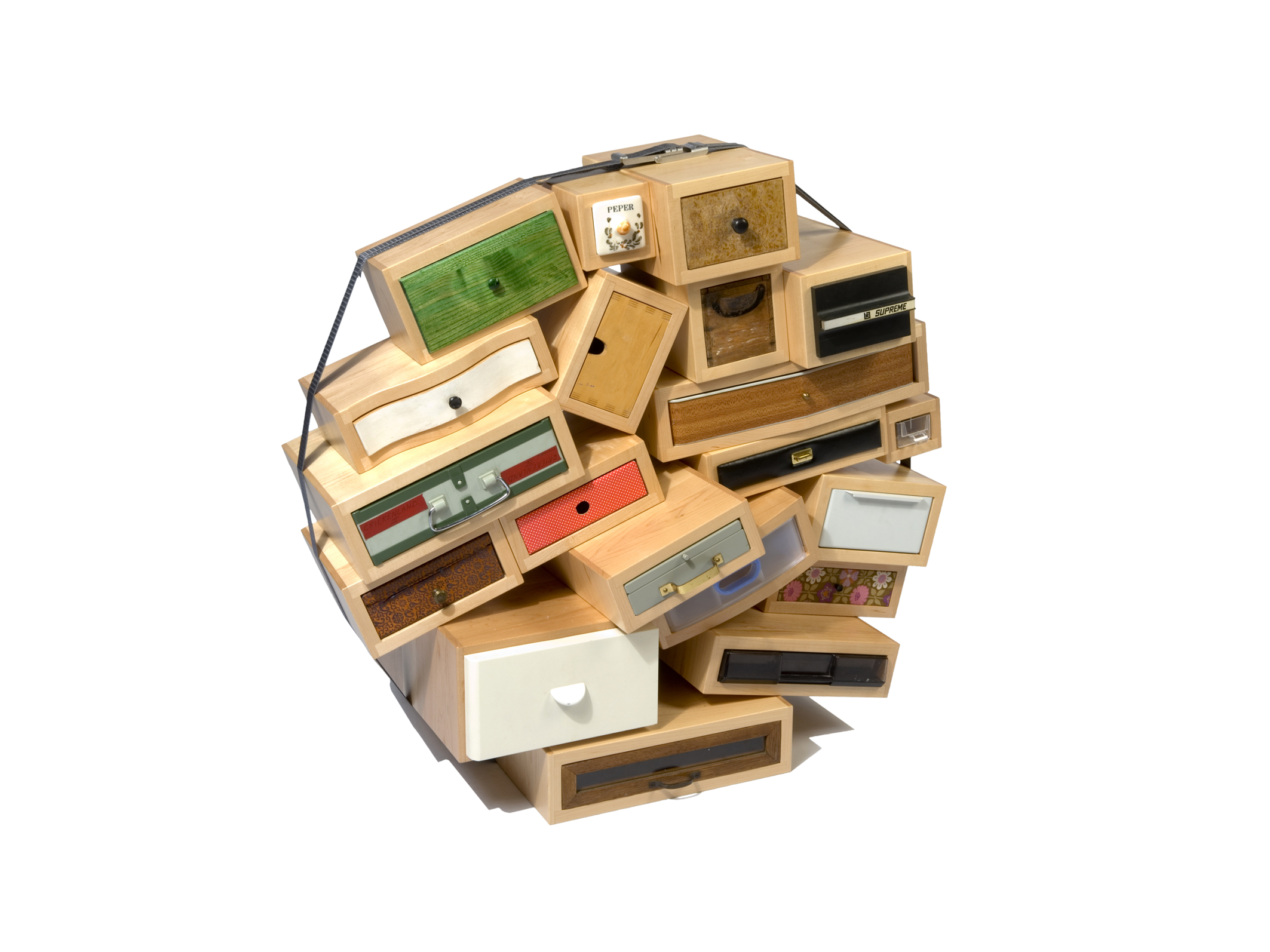 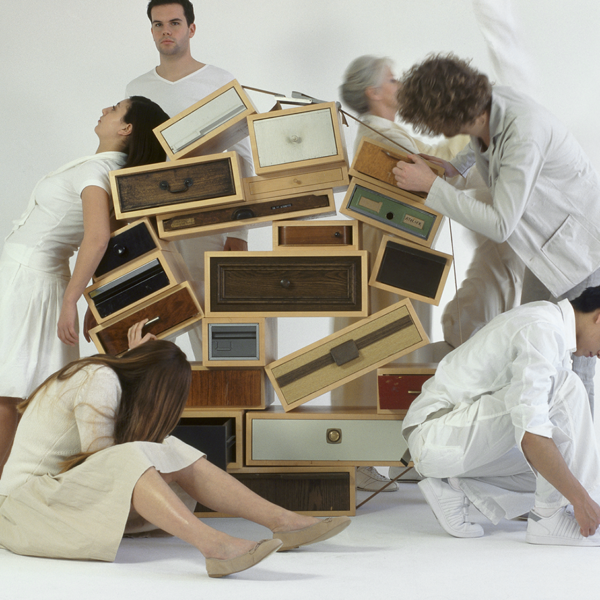 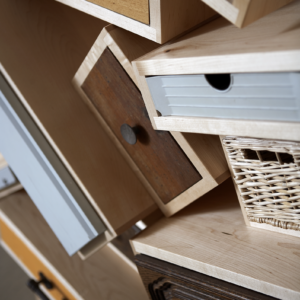 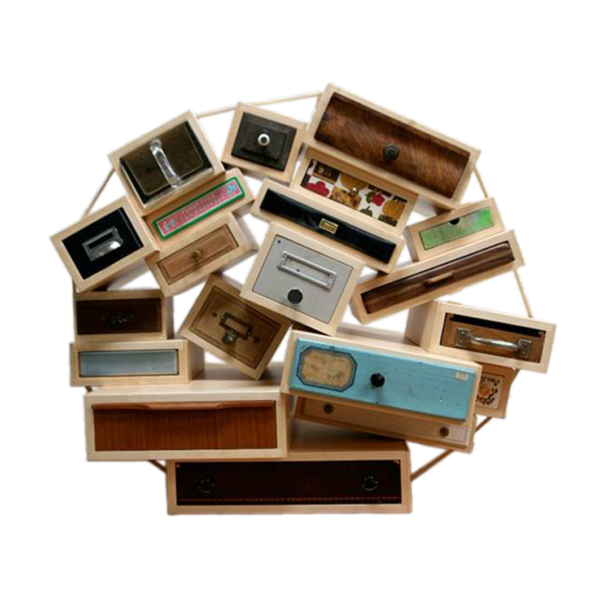 Chest of drawers ‘You can’t lay down your memory’ had its première in 1991 and has since become a true Droog classic, an icon of conceptual design collected by museums such as MoMA and Museum of Art and Design in New York. A criticism on consumerism, Tejo Remy collected found drawers, gave them new enclosures and loosely bundled them into a chest. His pioneering vision was to make one’s own paradise with what one encounters, as Robinson Crusoë did on his island.

Tejo Remy works as a product, interior and public space designer together with Rene Veenhuizen in Utrecht, the Netherlands. Considering everything as material, Remy incorporates existing information, circumstances, or found goods into new situations, often bringing in more social contact or, telling the story of a particular place. Remy transforms the familiar, yet the feeling remains. Having collaborated with Droog since its inception with the 1991 classics Chest of drawers, Rag Chair and Milk bottle lamps, Remy has reached international acclaim. His commissioners and exhibitors include Museum of Art and Design in New York, Bartow-Pell Mansion Museum in New York, MoMA in New York, Stedelijk Musuem in Amsterdam, Museum Boymans van Beuningen in Rotterdam, ACME Gallery in Los Angeles and the Netherlands Ministry of Housing, Spatial Planning and the Environment.