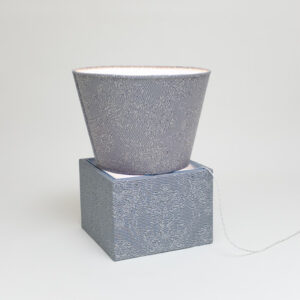 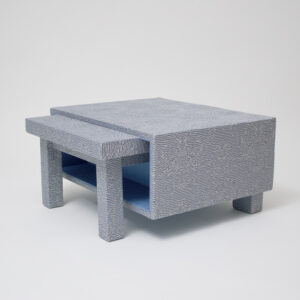 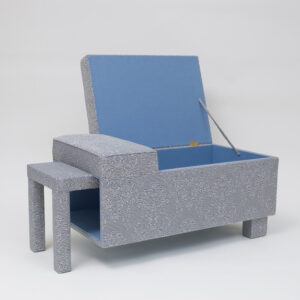 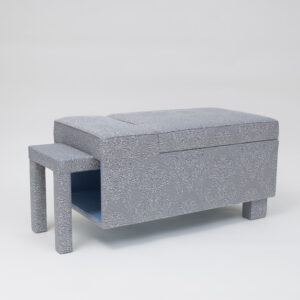 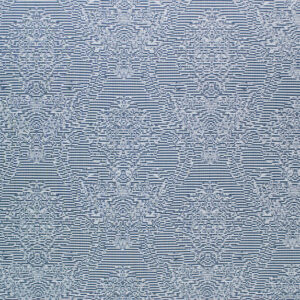 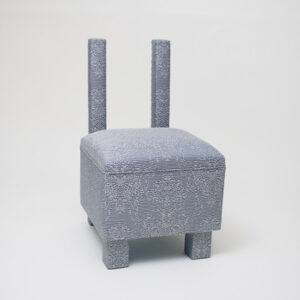 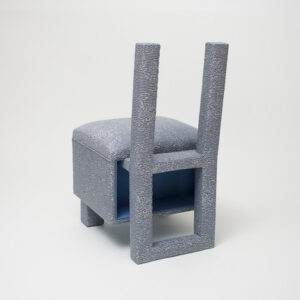 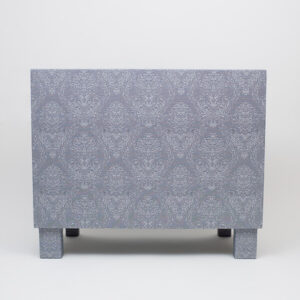 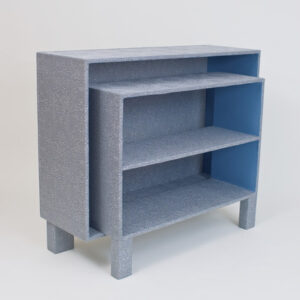 Chroma Key is a set of furniture pieces upholstered in blue fabric. The colour refers to the fabric used for the blue-box effect in photography and cinematography, allowing a subject to be placed into any background. The fabric is a rendition of a classic upholstery pattern, creating the tone of blue through a moiré effect of white and blue stripes.
Designers Minale-Maeda took the influence of visual culture on the design of objects as a starting point. Particularly image editing, packaging and the reproduction of objects in the media intrigued them.

The blue colour and boxy shapes, the protruding features and the moiré effect: the generic shapes of Chroma Key, reclusive of their content, readily manipulated and noisy, reveal the side-effects of the visual, turning familiar objects into obscure blue boxes.

Minale-Maeda
Japanese born Kuniko Maeda and Italian born / German brought-up Mario Minale met at the Design Academy Eindhoven, after previously studying at Musashino Art University in Tokyo and in Germany respectively. They formed a design studio in 2005 in Rotterdam, the Netherlands.