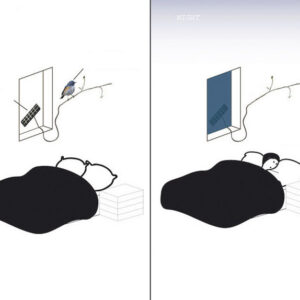 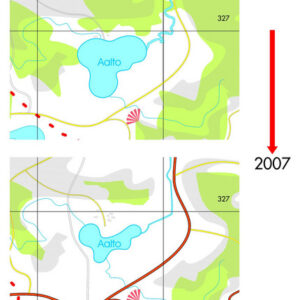 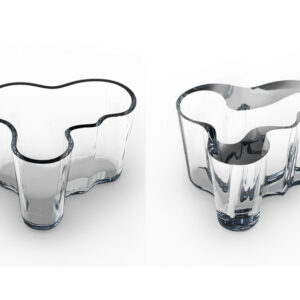 date: 8 July 2008
With 32% of all votes, visitors of the Droog website have chosen ‘Droog Aalto’ by Jan Ctvrtnik as the winning proposal for the Climate Competition. Droog initiated the competition for which anyone could submit any idea in any possible form, as long as it concerned the ‘climate’ theme.
Winner Jan Ctvrtnik: ‘I realised that climate changes are visualised mostly by numbers and scientific measurements. In order to show changes, it is good to have a reference point.’ And so the Aalto vase became that reference point with its shape originating from the shape of a Finnish lake. The ‘Droog’ part of the title can be translated as ‘Dry’, obviously relating to global warming.
Originally Czechoslovakian, Jan Ctvrtnik currently lives and works in Pordenone, Italy. After studying design in Prague and at IKDC in Lund (Sweden), he is now working as an industrial designer for Electrolux. New experiences trigger his inspiration: ‘I am trying to think different. Quite often I propose strange, odd and crazy ideas. After that I cut the “wings of imagination” and step by step refine something new but reasonable. I love doing something what I have never done before. I love the process of learning and exploring connections between subjects and surrounding space.’
Designer Rachel Hevic reached up to the second-favourite of the Climate Competition with her proposal of ‘Large red switch’ (23% of the votes). Third place comes for Jenny Bergström with ‘This is the air we breathe…’ (15% of all votes).
Droog announced the Climate Competition during last year’s presentation in Milan (2007). Anyone could submit any idea in any possible form, as long as it concerned the ‘climate’ theme. Droog received ideas from all over the world, with a lot of them being about the communication of the climate problem, more than providing us with new thoughts. We did not expect one true solution, since the climate is a very complex issue. But in our opinion, the approaches could have been more inspired by different kind of angles.
Nevertheless Droog made a selection out of all the proposals and asked for one public favourite. Visitors of the Droog website could vote for one of the following climate proposals:
+20% EXTRA by Jaroslav Jurica
Be my own pet by Lucas Piras
Droog Aalto by Jan Ctvrtnik
Large red switch by Rachel Hevicon
Starry night by Dina Shahar
The MOVEMENT movement by Darren Farrell
This is the air we breathe by Jenny Bergström
Sea level rising bath plug by Tommy Cehak