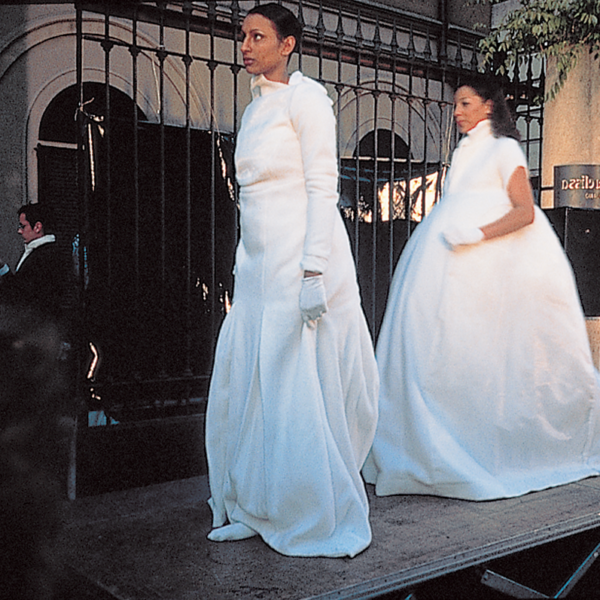 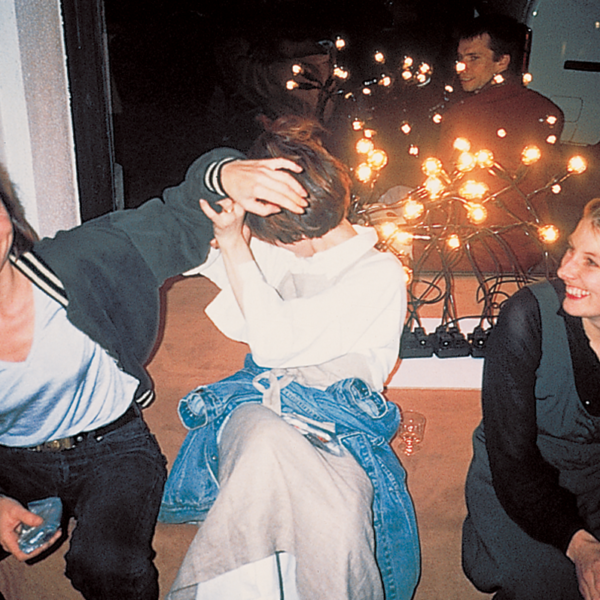 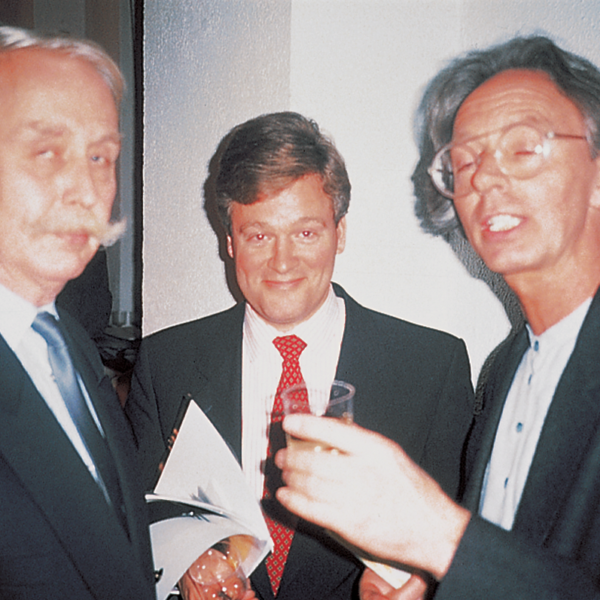 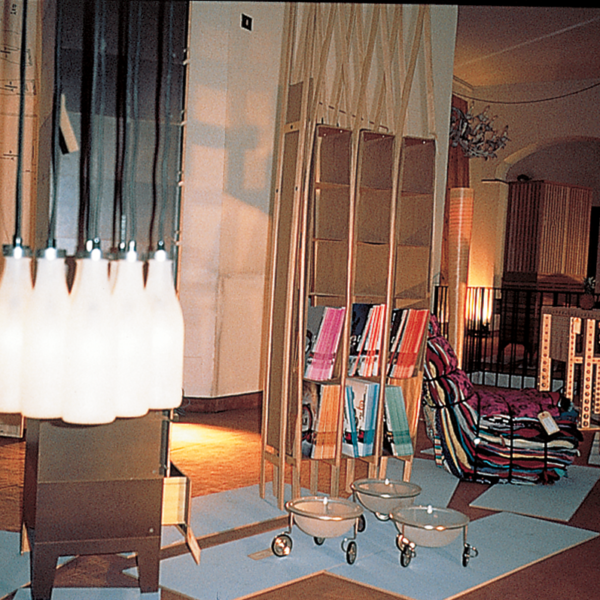 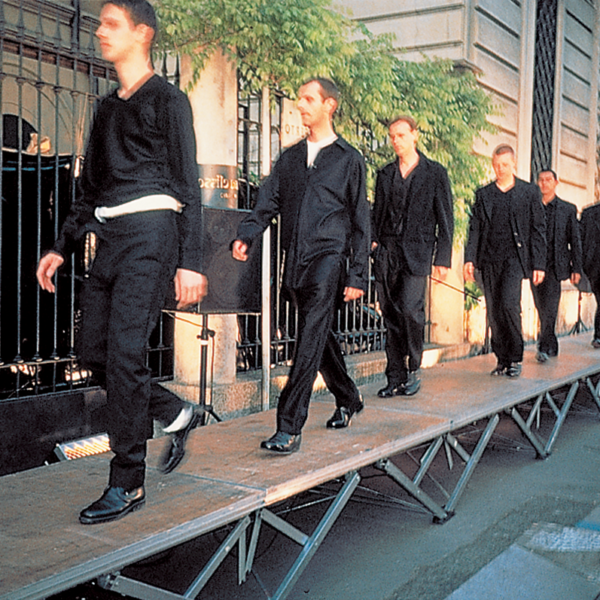 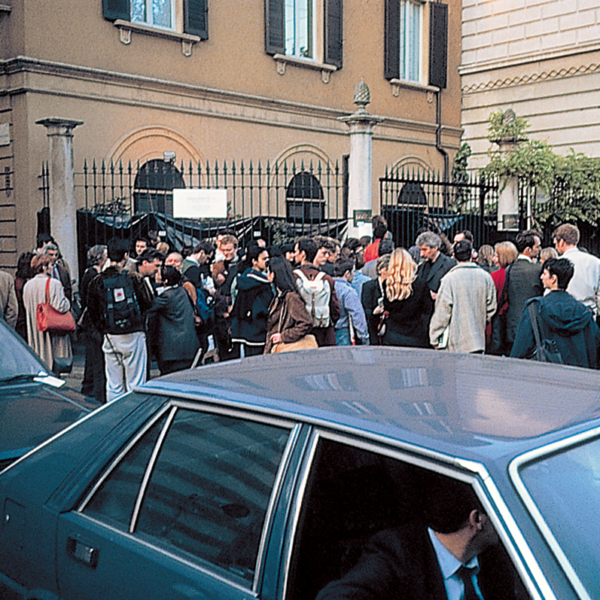 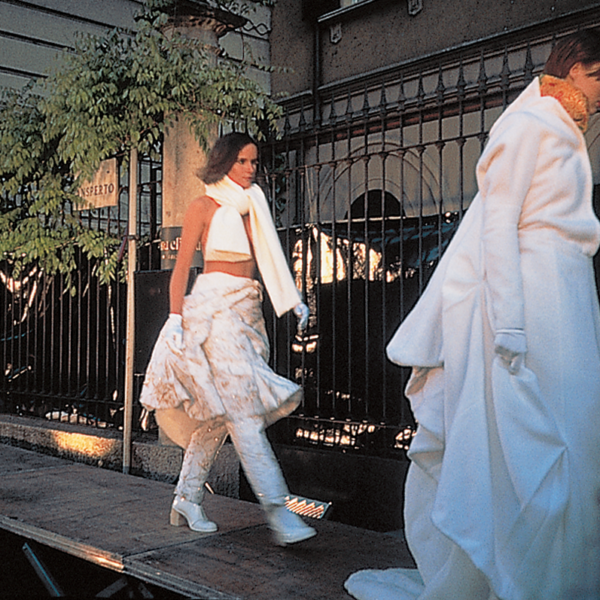 For the second time Droog is present in Milan, in the space Internos – Donna Elissa which is shared with DMD and Cor Unum, another Dutch company.
Ed Annink has designed the installation. Together with the Netherlands Design Institute, Droog Design publishes a modest catalogue, designed by Joseph Plateau. It contains the Droog Design Collection, now consisting of 27 products.
Droog has invited Le Cri Neerlandais, a group of young fashion designers to do a fashion show as part of the opening ceremony. It is held outdoors on a little square in front of the space, in which Droog is presenting. The audience gathered there does not react enthusiastically. Italian men in the audience criticise the models that they consider ugly. Among the fashion designers is the duo Viktor & Rolf.
Droog Design does not favour a particular style, but rather a mentality.  In fact there are only two constant values. First of all there are up-to-date concepts, which, secondly, are implemented in a clear, dry way. Within this framework anything is possible.
The S(h)it-on-it bench by Richard Hutten, representing a reverse swastika, unleashes a storm of protest by German visitors. During the opening party the words ‘nie wieder’ are scratched into the bench by someone in the audience. Richard Hutten decides not to restore the object, because as he feels this inscription contributes to a good understanding of his creation.