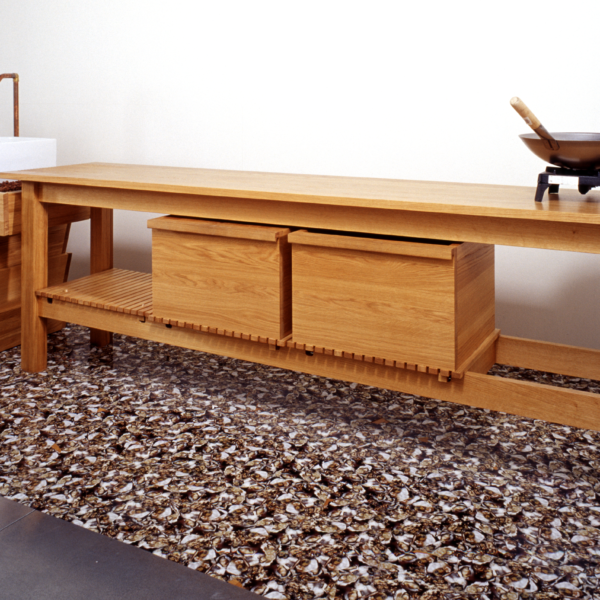 Droog’s 9th Milan exhibition: part 2
Droog showed two kitchens, both designed according to the Droog mentality, yet the outcome was entirely different.
The tile kitchen by Arnout Visser, Erik Jan Kwakkel and Peter van der Jagt was based upon a building system of ordinary tiles. They added a number of special tiles in which several functions had been integrated. Ingenuously shaped, they served to build round corners and a basin. It could be considered an extension to the bathroom tiles Visser, Kwakkel and Van der Jagt designed earlier.
Ton Matton (then still a member of Schie 2.0) designed an autarkic kitchen. It was freed from its architectural context and could function in any space as an autonomous piece of furniture. Environmental principles for self-support were applied, and visualised the process of cooling, wastewater treatment and composting.