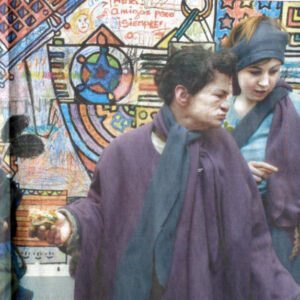 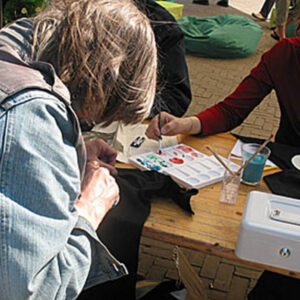 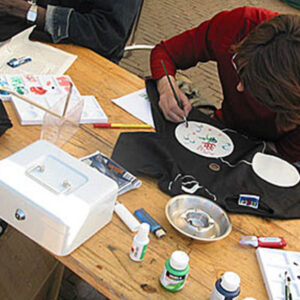 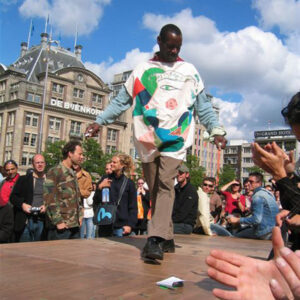 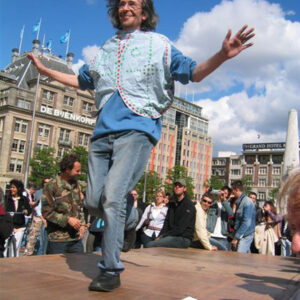 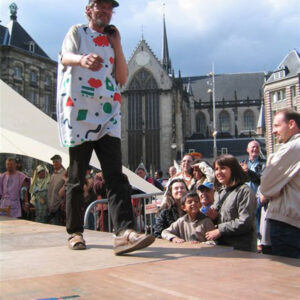 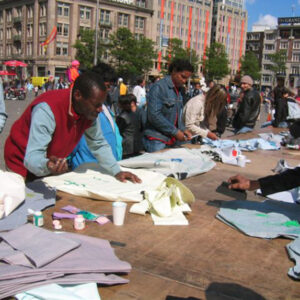 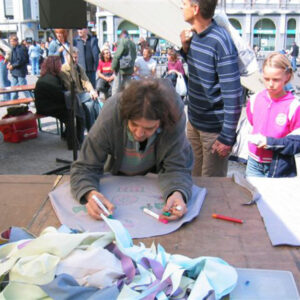 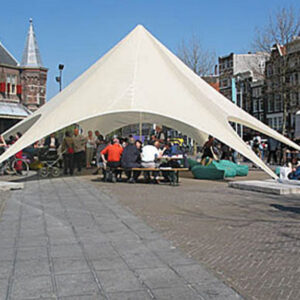 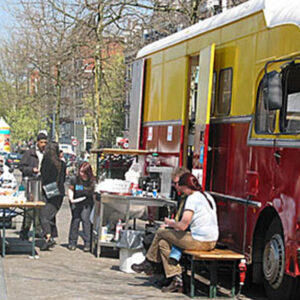 date: 2004
location: Amsterdam, the Netherlands
The Homelesshome Project is an interactive project in the public domain. In the first place the project is an attempt to create a meeting point for homeless people and the general public.
On a central square a large tent is erected in and around which a biological café, a catwalk, seating and a workshop space are installed. Here the public can participate in a T-shirts Project or A Piece of home workshop.
Designer Tomoko Take has organised a Piece of home workshop in which one can create his or her own design clothing. The artist has created an original pattern and applied this to material. The designs and materials are based on a homeless – mobile ­– lifestyle.
The participants can easily cut out their own clothes piece by piece, but the pattern is not fixed, so everyone can add their own personal touch. After the workshop the workshop participants show the results to the public on the catwalk as Tomoko Take presents the ‘new collection Homelesshome fashion 2004’.
Homelesshome Project acts as a communication tool, a means by which the public can go into dialogue with various elements of the surrounding environment, such as the characteristics and cultural values of food, clothing and shelter, or lack of, and thus performing an exchange of values.
According to the artist the best method for communication is making an individualised product. It is a confirmation of the power of the imagination and the heart. In this project the artist hopes to overcome superficial encounters, stereotypes, and social structures and conditions.
Homelesshome Project evolves around the question ‘what is home?’, in both the physical and mental form. Homelesshome Project wishes to facilitate interaction, communication, exchange, between those who have a home and those who don’t. By giving room to individual expression the artist hopes that we rethink the role we have in society.