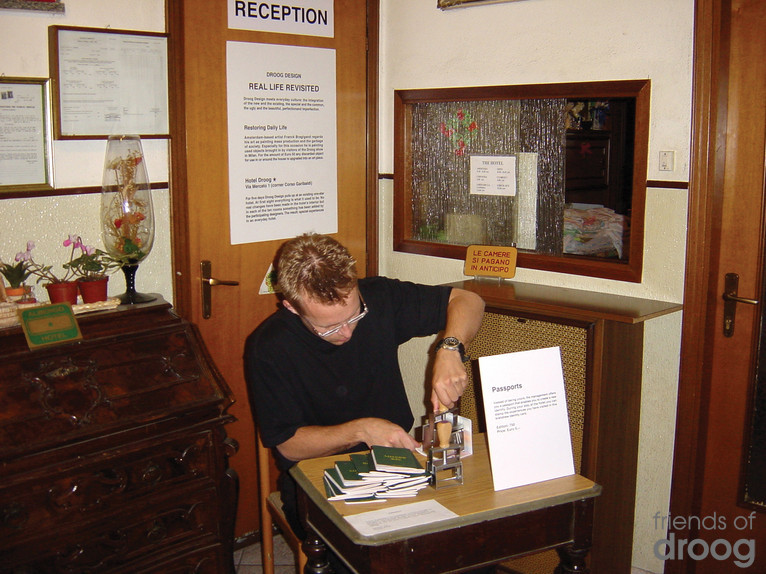 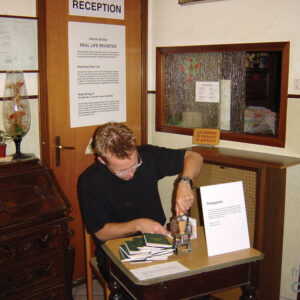 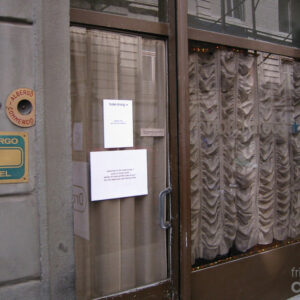 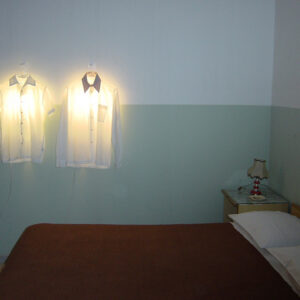 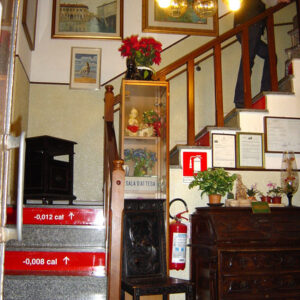 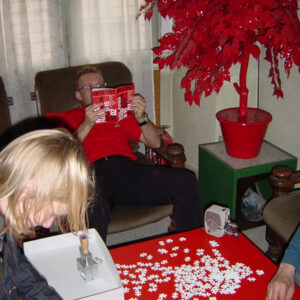 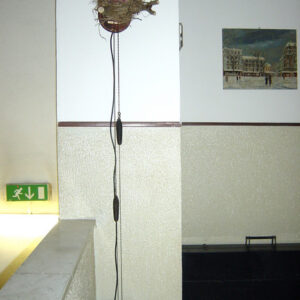 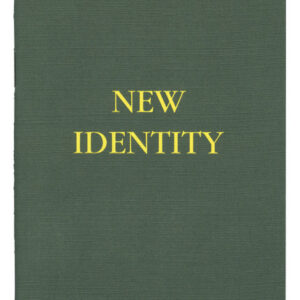 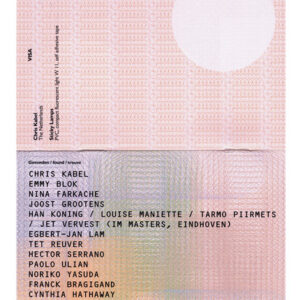 In an environment where all eyes were perpetually focused on styled slick products and where ‘new’ was embraced just for the sake of it, Droog looked for everyday life situations in which the number of new products had been kept to a minimum. It was about integration of the new and the existing, the special and the common, the ugly and the beautiful, perfection and imperfection, illusion and reality.

A shabby one-star hotel on Via Mercato was temporarily renamed Hotel Droog. At first sight everything was what it used to be: no real changes had been made to the hotel’s interior, but in each room something had been added by the participating designers. The focus was neither on the space itself, nor on creating yet another arty hotel, but on transforming this cheap place into an extraordinary design experience with just a few additions.
People flocked to see it. Some six thousand visitors jostled through its twelve rooms. The queue at the entrance grew as the word spread. A key to this success was a passport made by Daniel van der Velden and Maureen Mooren. Instead of handing over their passports for examination, visitors were offered one to take on a new identity. The passport functioned also as a catalogue. Logos of the various designs could be stamped on the pages. Amazingly the hotel was actually appreciated for its shoddy cheapness. People thought the standard hotel interior was a design project. Each lamp and cupboard was closely inspected. Certain modifications were so minimal that they weren’t noticed at all. Sometimes even the ‘wrong’ object received praise. The result was a special experience in an everyday hotel. At least, that was what most of the 6000 visitors thought.