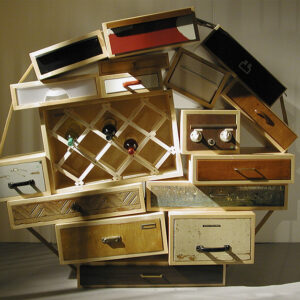 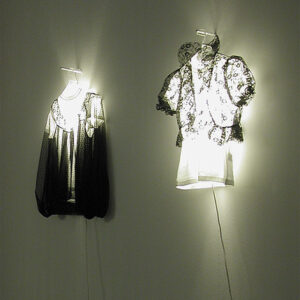 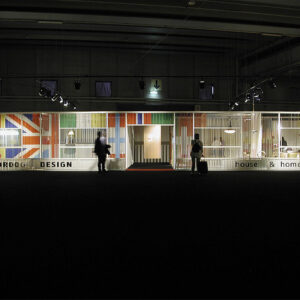 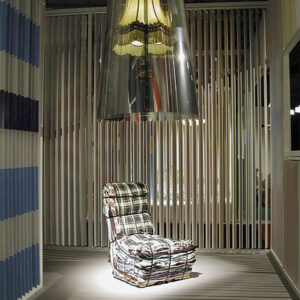 Droog chose the European angle to be presented as an understatement. For the occasion Traast and Gruson designed a ‘house’. It was decorated with a range of Droog products. These were selected according to their capability to carry some subdued national sign.

For instance Tejo Remy’s Rag chair was specially made in a version to include a piece of textile in a Scottish pattern, the Clothes hanger lamp by Hector Serrano carried a Spanish blouse, behind the rubber Straps that NL Architects did for the Mandarina Duck store in Paris were German tabloids and a book by Goethe, Cynthia Hathaway’s Nest digital cuckoo clock obviously represented Switzerland and the Do add chair by Jurgen Bey stood with the short foot on a stack of Belgian comics.