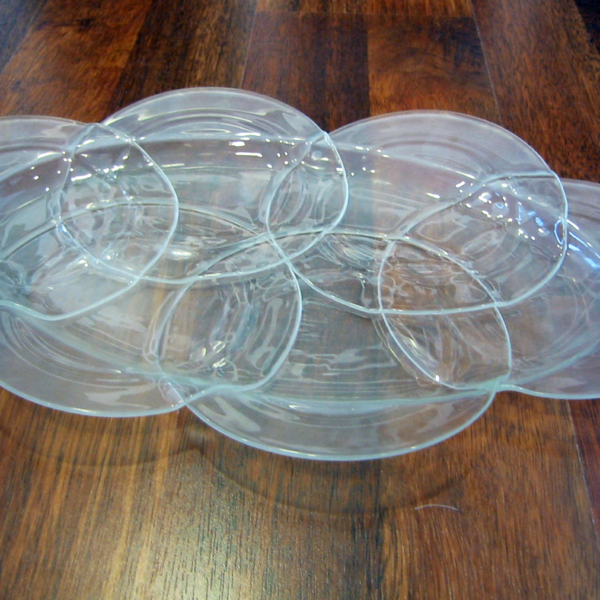 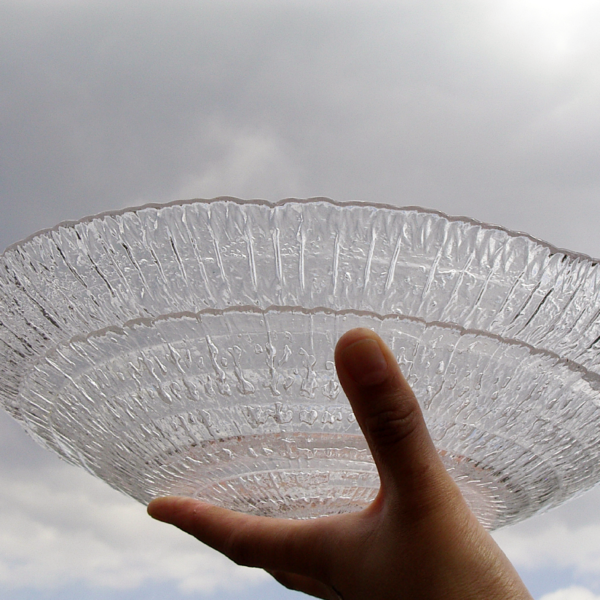 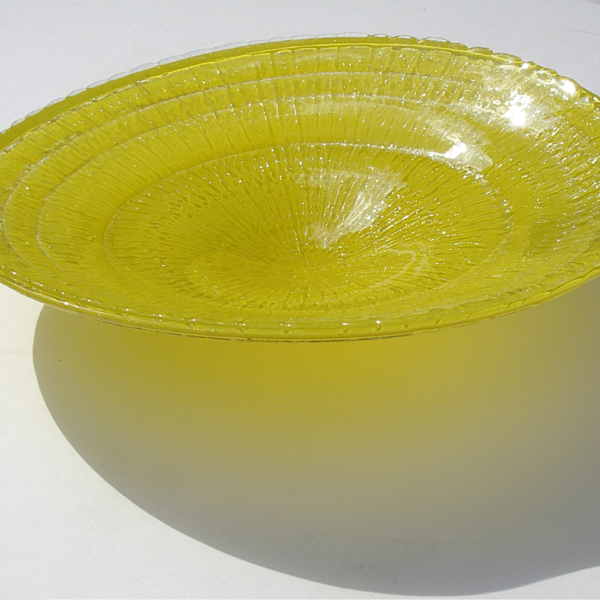 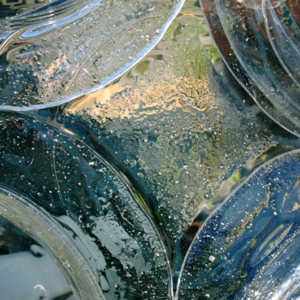 Arnout Visser took a more ‘laminating’ approach in the sense that his ideas concern layering rather than combining shapes. He got the opportunity to elaborate an earlier idea he had with Erik Jan Kwakkel in the Rosenthal project (1997), which was to put a metal glaze pattern on the bottom of plates, in order for them to become warm in a microwave oven.

ARC international was interested, because they had a project running, together with Philips, to develop plates for old people’s homes. The ‘heating’ pattern now appears both on glass and porcelain plates.

Visser’s second project also is about adding metal, but this time to reflect light. His ‘mirror kick’ beer glasses have a cylindrical shape and the kick reflects the image of the environment when you drink from it.  In Hybrid Bowl and Hybrid Plate Visser literally combines two or more mass-produced pressed glass ornamented items. They are melted on top of each other and what you get is a rather unpredictable mixture of patterns and colours that provide the new plates with a crafty impression.