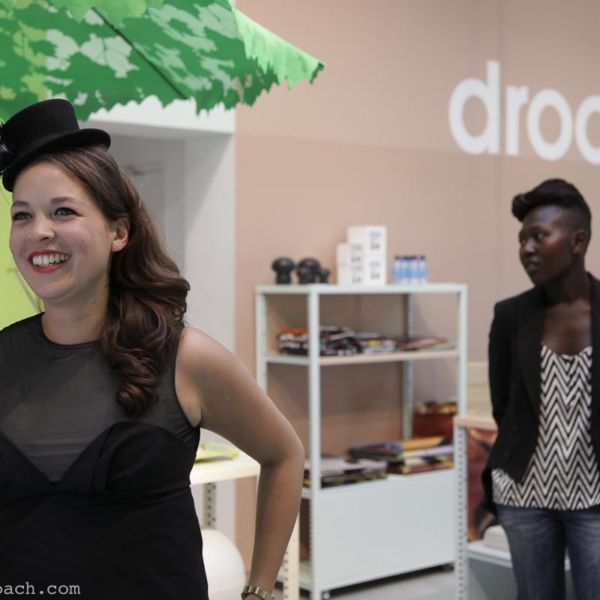 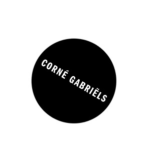 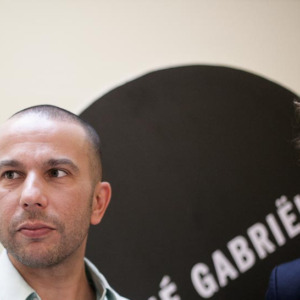 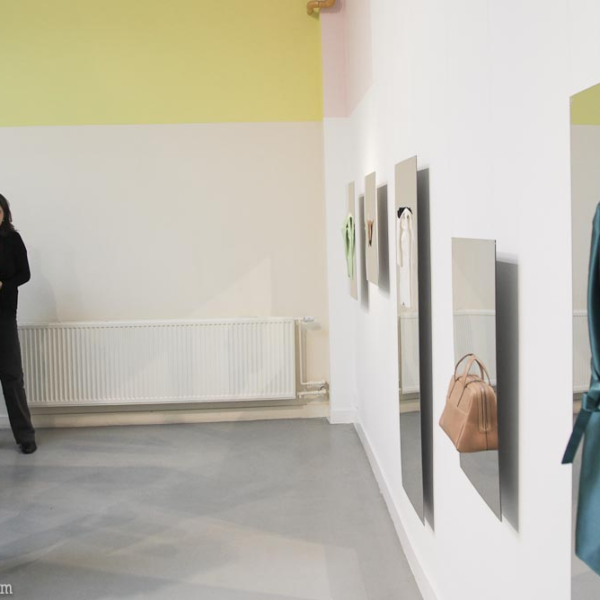 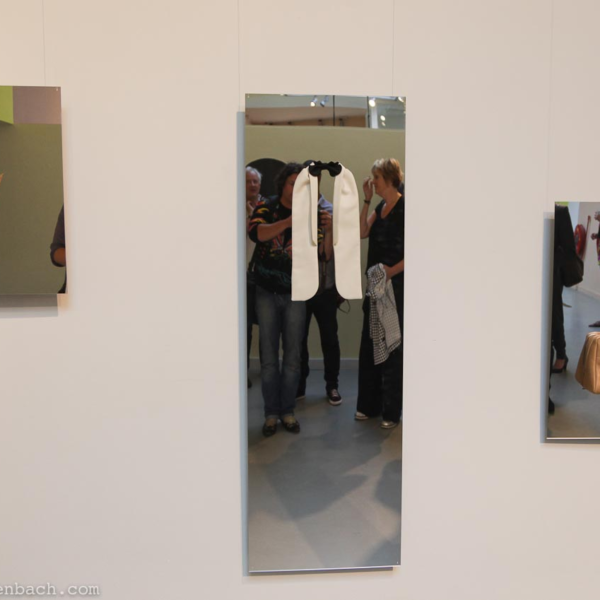 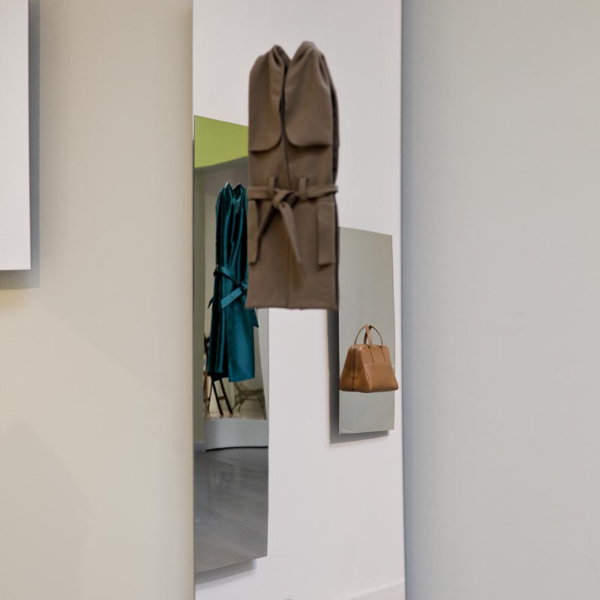 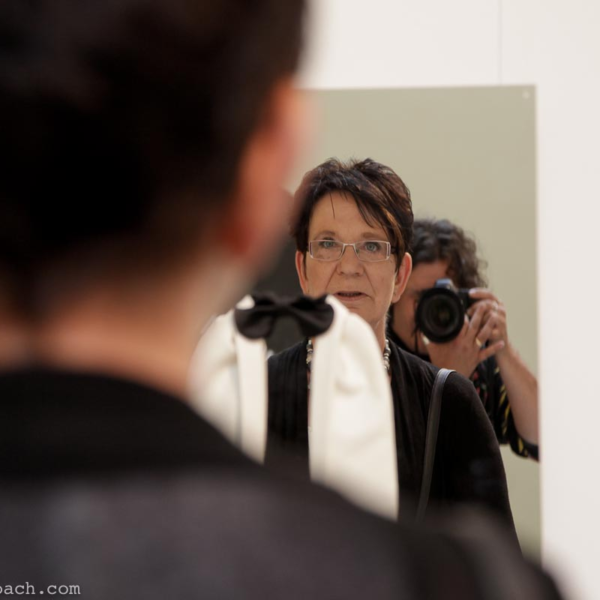 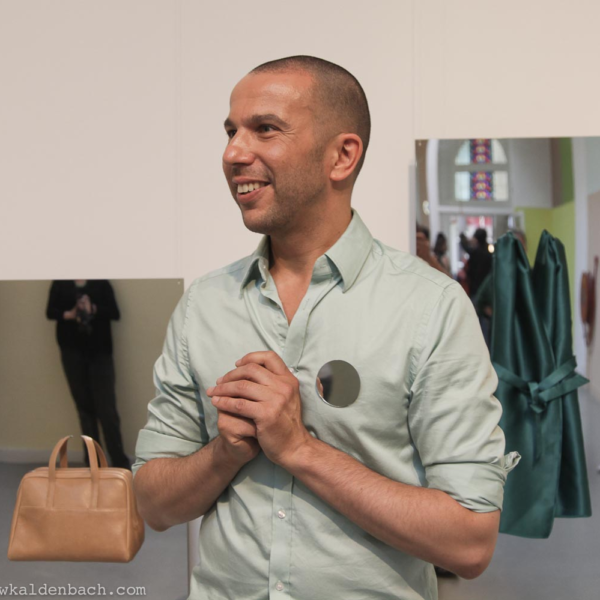 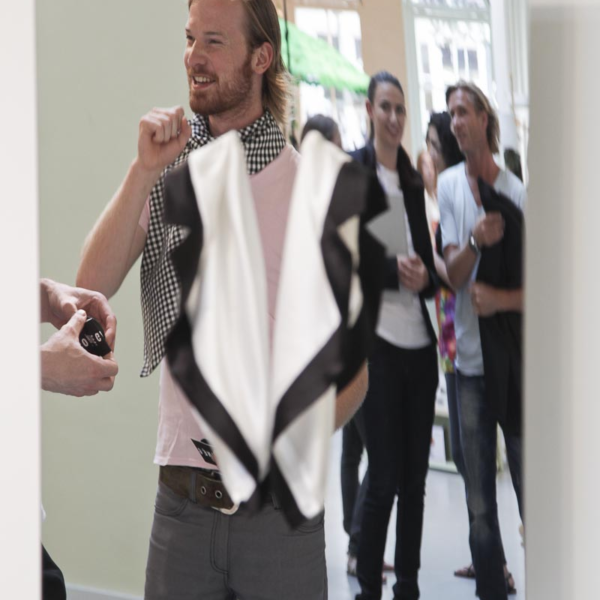 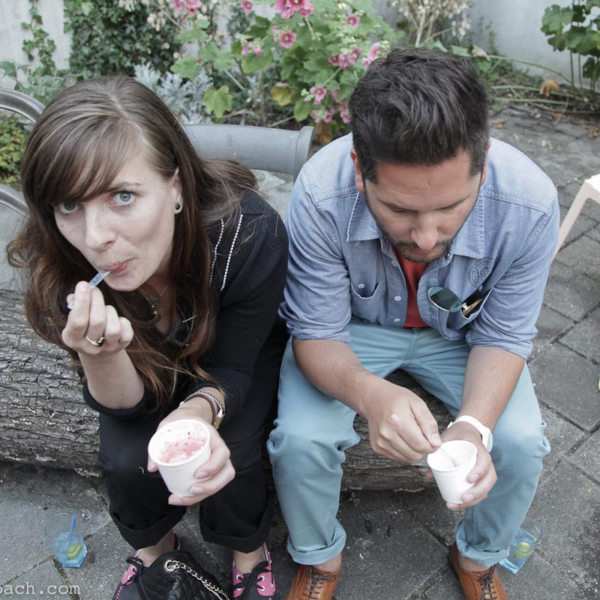 Based on augmented reality, confronting and playful, the installation unveiled recognizable fashion classical items, with a twist á la Gabriëls. Printed and optical illusions are this designer’s trademark signature yet here Corné took it one step further. This time the viewer played an important part in the performance.

The installation consisted of several vertically placed mirror displays from which each of the collection’s items—literally—emerged from the reflective surface through ingenious laser cut openings. Each item was scaled down in size in order to allow the viewers to engage in an abstract dialogue with their reflected image to appear as if he or she was really wearing the item, becoming the subject or model by attempting to find the right position, until it looked perfect.

About Corné Gabriëls
Corné Gabriëls designs predominantly emulate from the classical Masculine and Feminine “Garde Robe”; often pervading a subtle poetry or a tongue-in-cheek sense of humour. Corné is known for his obsessive attention to details; working only with the finest materials such as wool, leather, silk cotton or cashmere yet confronting them with new technologies involving digital prints and resulting in superiorly handcrafted items that are truly unique in character and real collector’s items. The concepts of wearability, timelessness and minimalism are the founding grounds of Corné’s creative discourse which offers a new range of idiosyncratic garment pieces which includes shirts, ties, scarves, bags and accessories that symbolize the ultimate archetype clothing for a smartest set of modern dandies alike.