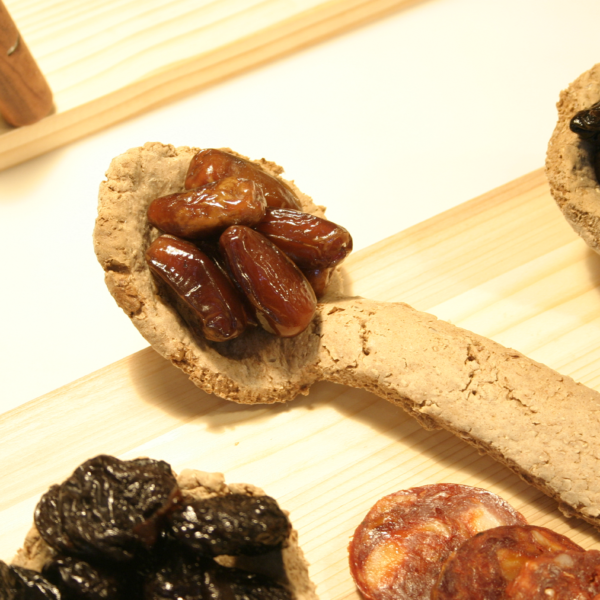 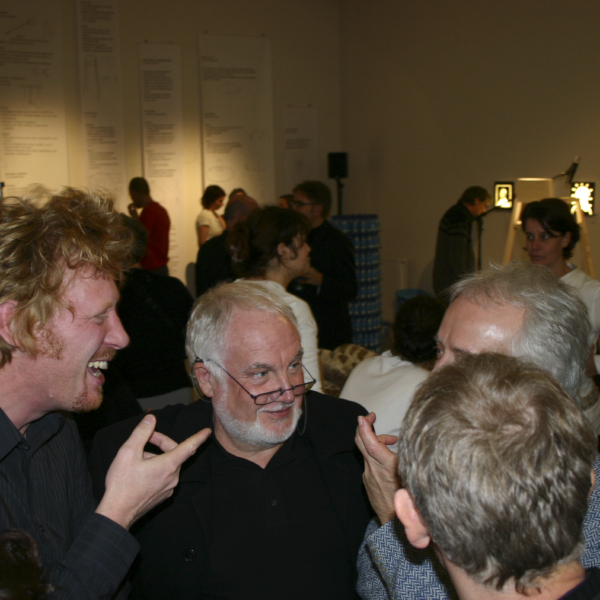 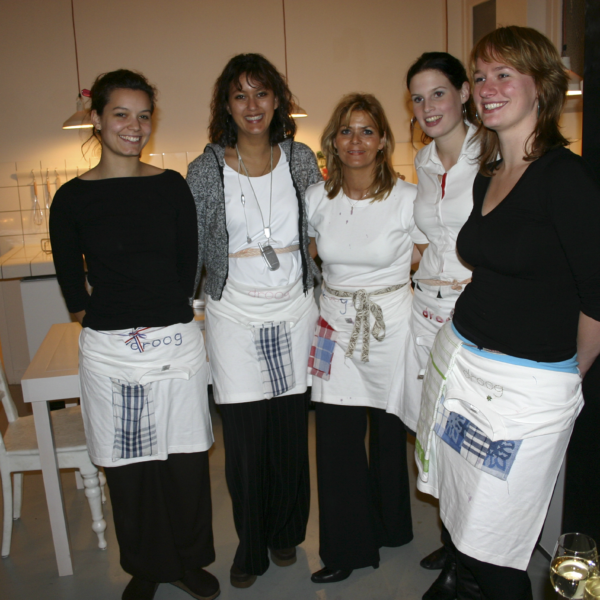 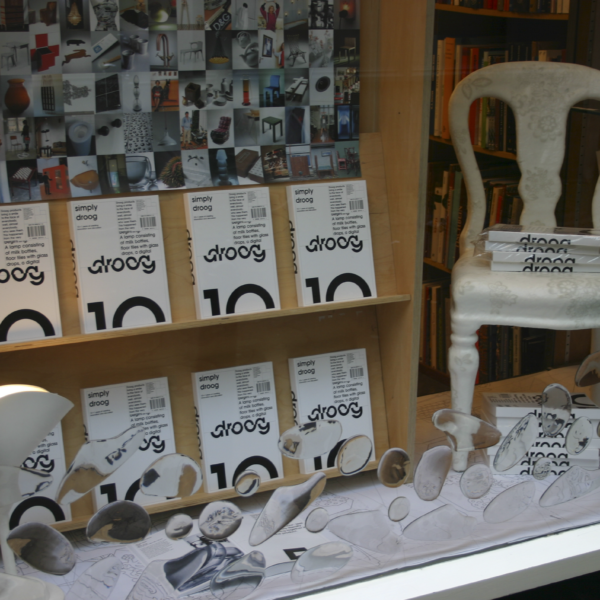 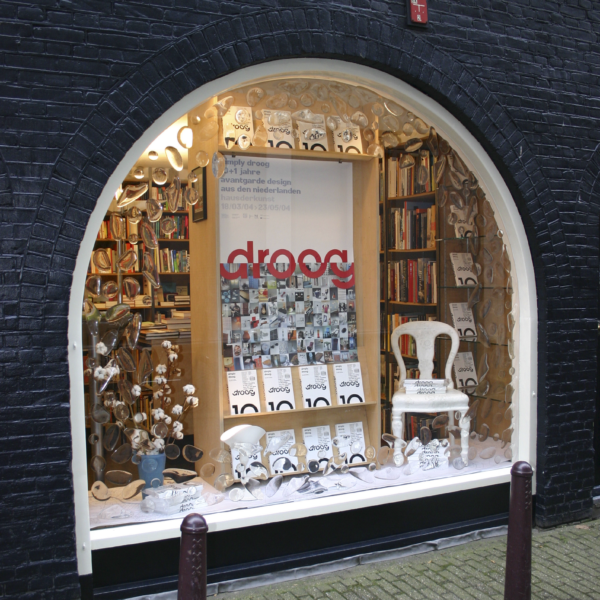 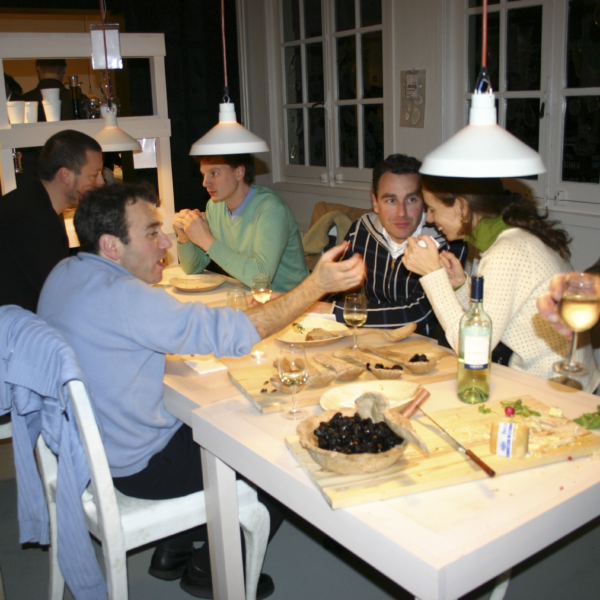 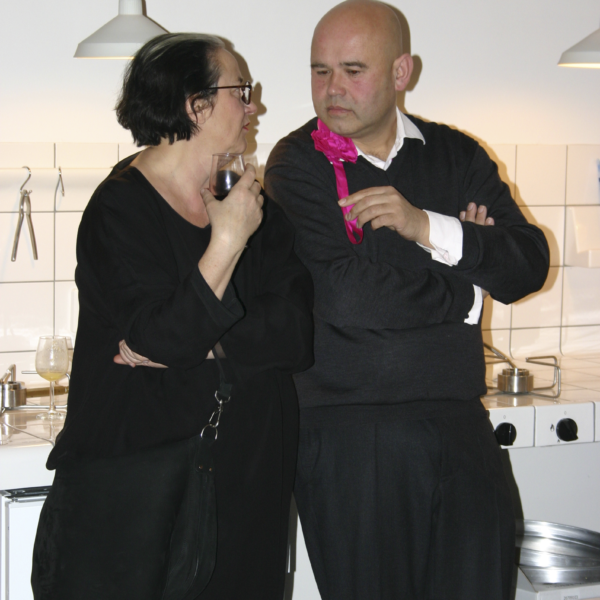 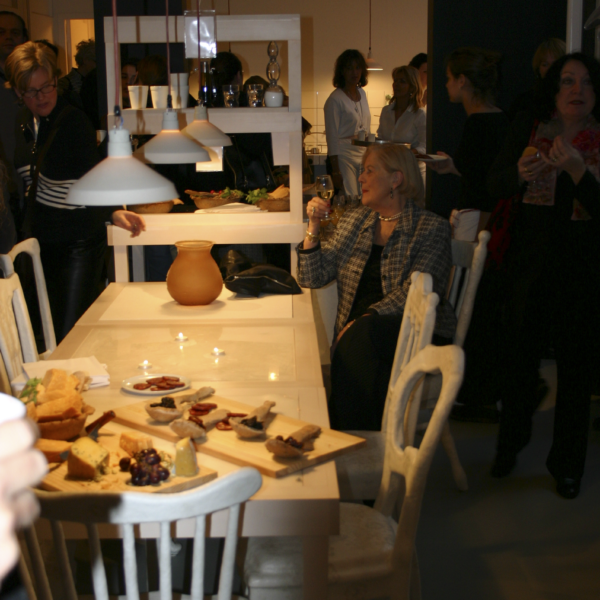 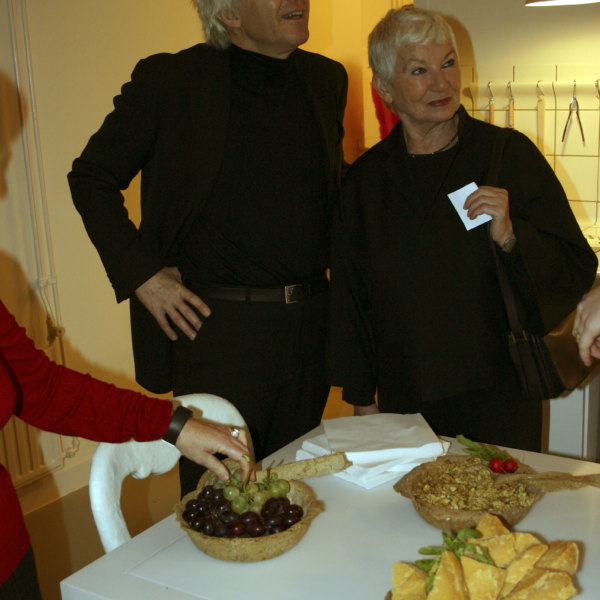 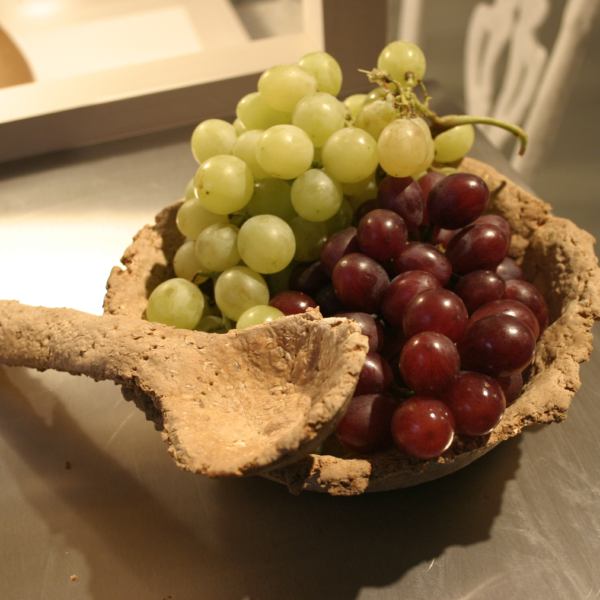 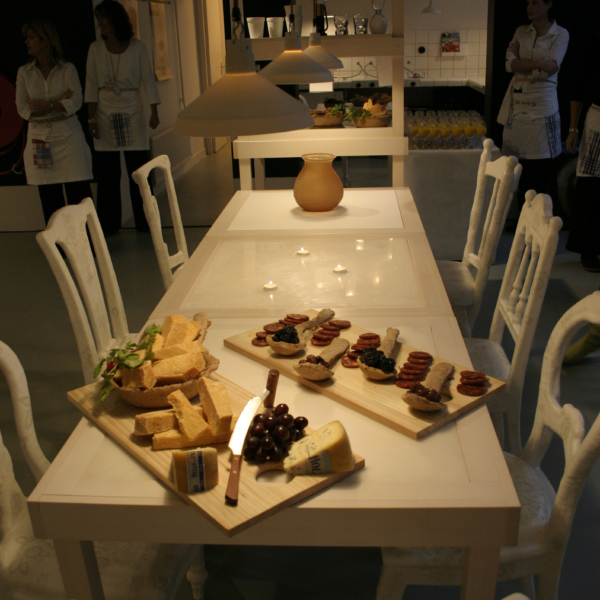 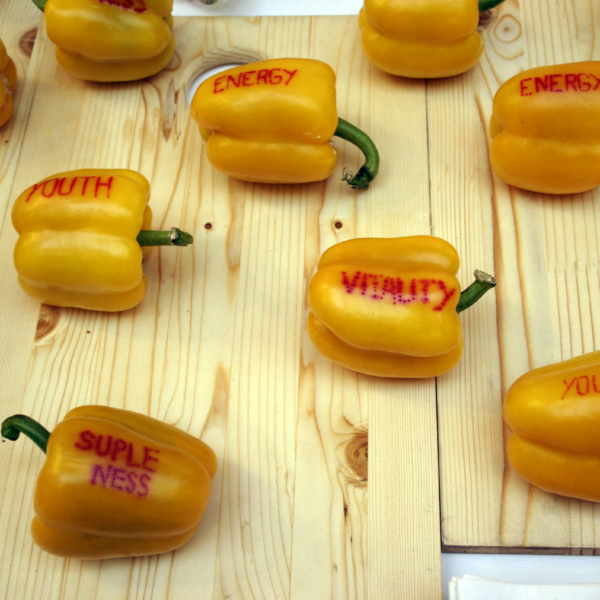 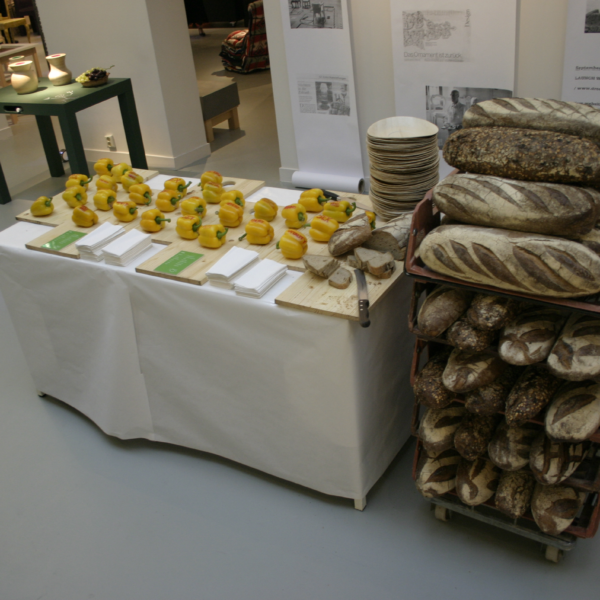 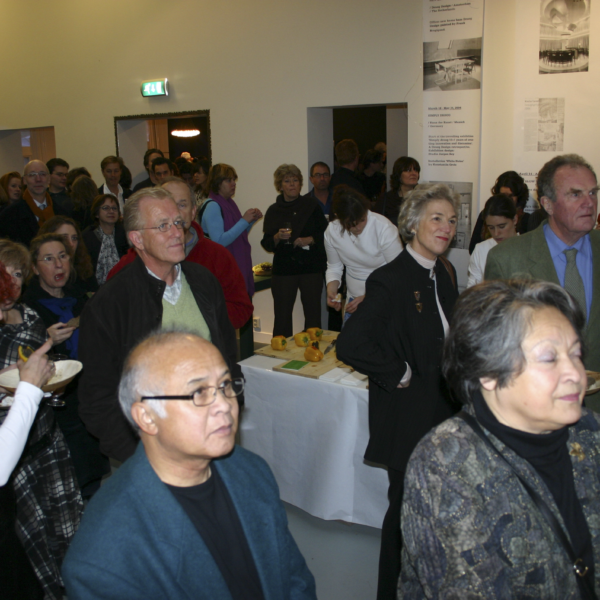 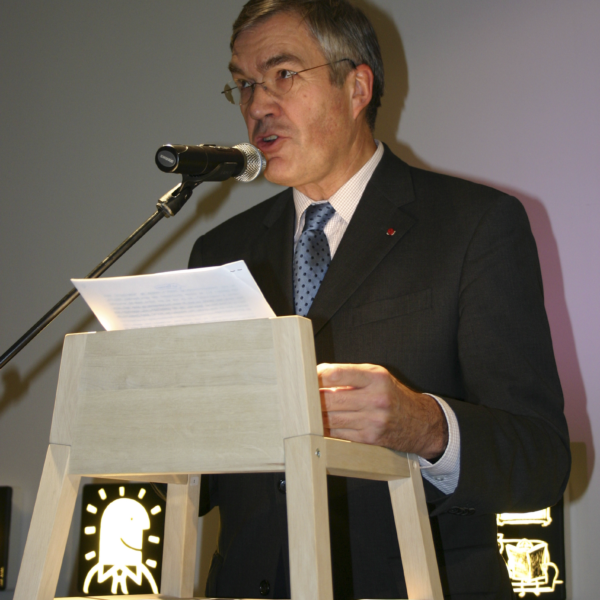 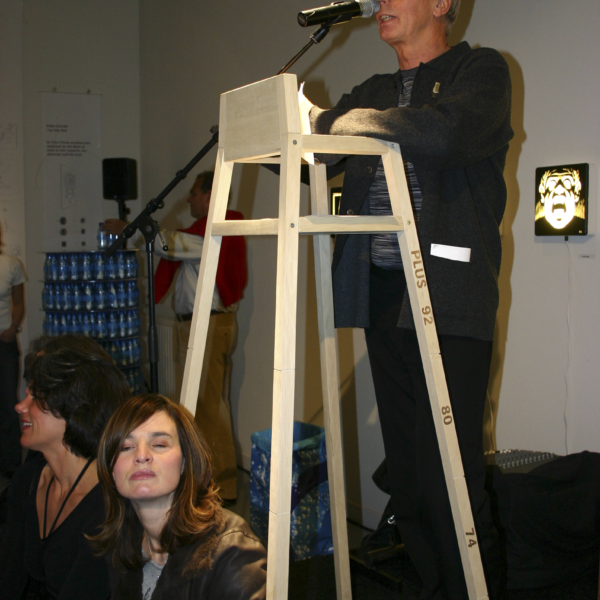 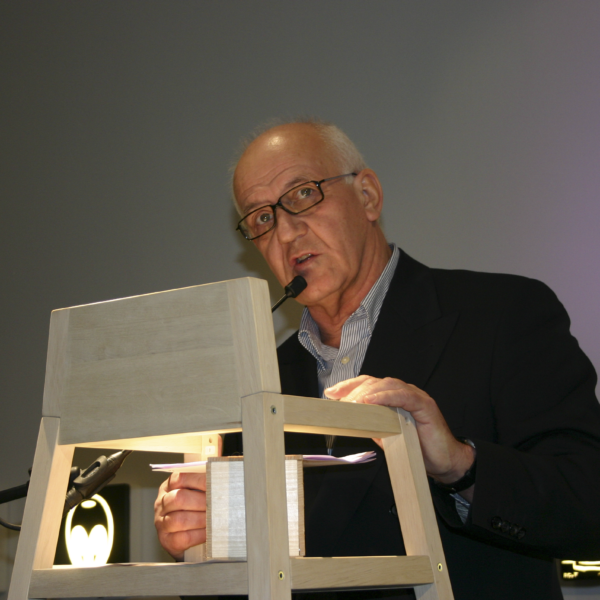 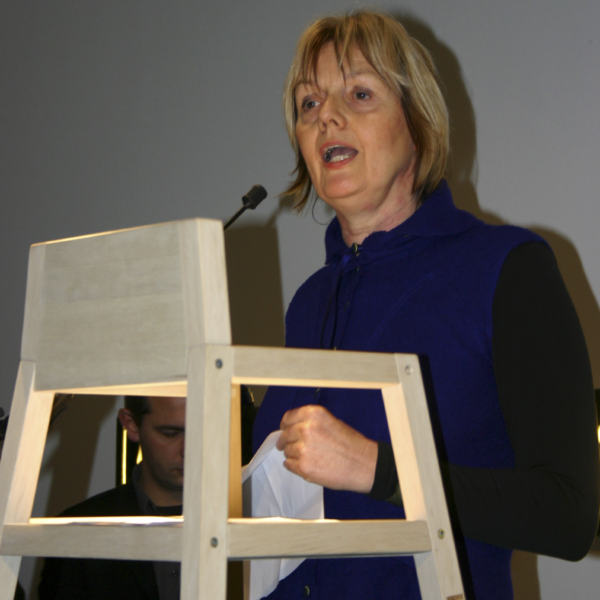 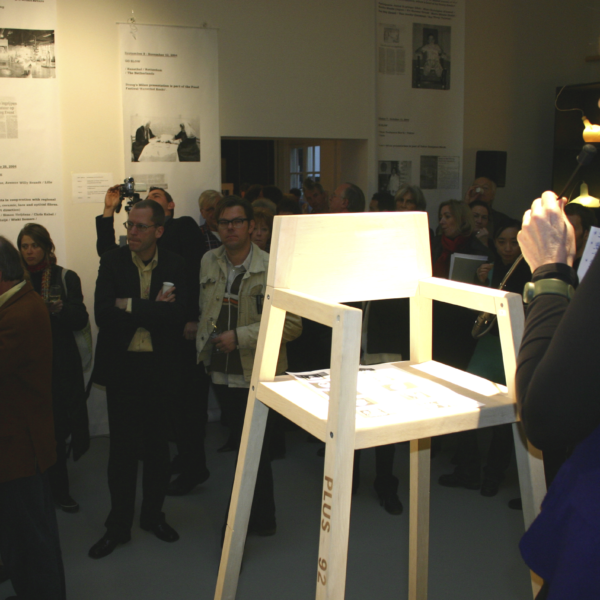 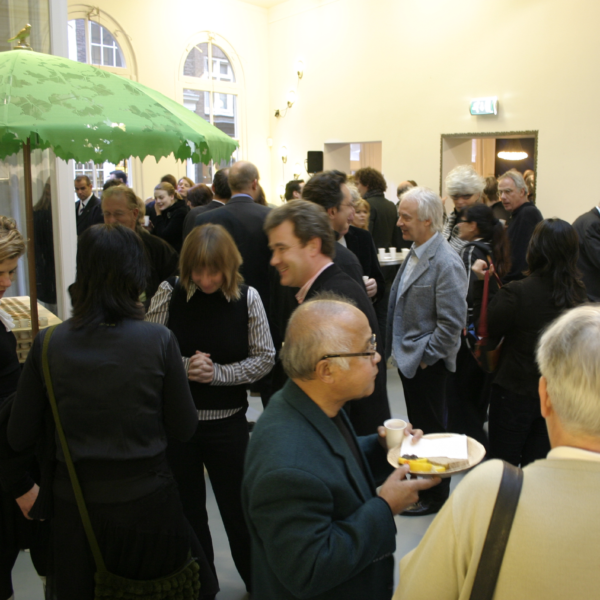 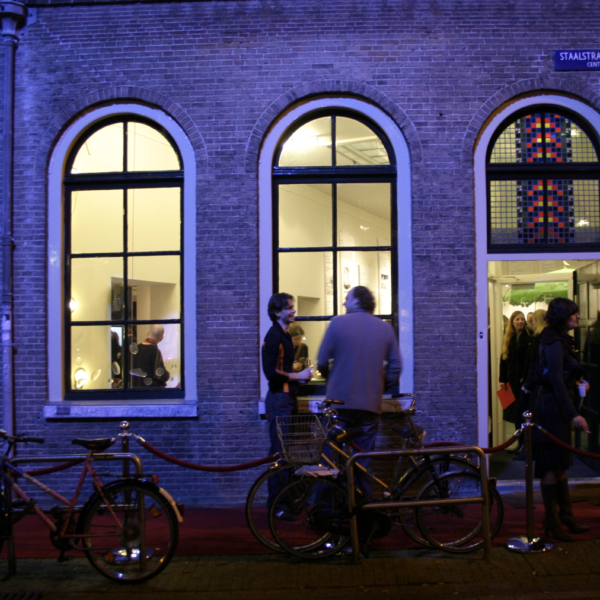 Droog has moved into a splendid, historical building dating from 1641 at Staalstraat 7a-7b in Amsterdam. With an area of 700 m² at last Droog has space to expand her activities. Over 500 guests visited the official opening of the new home base of Droog. Guided tours through the entire building in small groups were conducted by Droog employees.
The office spaces on the first and second floors were renovated in the seventies behind the historical facade. These spaces hardly deserve an award for beauty, but we’ve left them just as we found them, including radiators, kitchen units and ceiling lighting. The artist Franck Bragigand has covered everything from top to bottom in special colour combinations. The metamorphosis is amazing.
In renovating the public space on the ground floor we consulted Studios Müller & Van Tol, and Studio De Leur Wasch. This space has been furnished with products from the Droog collection, many of which will also be actually used. In the Tile kitchen by Arnout Visser, Erik Jan Kwakkel and Peter van der Jagt, meals will regularly be prepared for small gatherings seated at the table designed by Herman Verkerk & Rianne Makkink. Informal meetings between designers will also take place at this table. In addition, we are offering a platform for designers and other creators to present their work. Visitors can relax and read in the ‘library’. And of course various exhibitions will be held in the 300 m² large space.
Wim van Krimpen, director of the Gemeentemuseum The Hague, gave an introduction to the exhibition ‘Simply Droog, 10 + 1 years of avant-garde design’ which opens on 18th December. Ronald de Leeuw, head director of the Rijksmuseum, talked about the special history of Droog’s new building.
Auction lamps scratched by cartoonists
Guus Bakker, director of the Beurs van Berlage Foundation, auctioned 10 Do scratch lamps (designed by Marti Guixé), which have been adapted by 10 Dutch comic artists. The proceeds go towards acquiring a lathe for the Monte Azul manufacturing firm set up in a slum area in Sao Paolo, Brazil. The drawings have been made by Joep Bertrams, Luuk Bode, Stang Gubbels, Erik Kriek, Reid, Geleijnse & Van Tol (Fokke & Sukke), Peter van Straaten, Urbain Servranckx (Urbanus), Stefan Verwey, Joost Swarte and Henk Visch. Together the lamps made more than 7.000 euros.