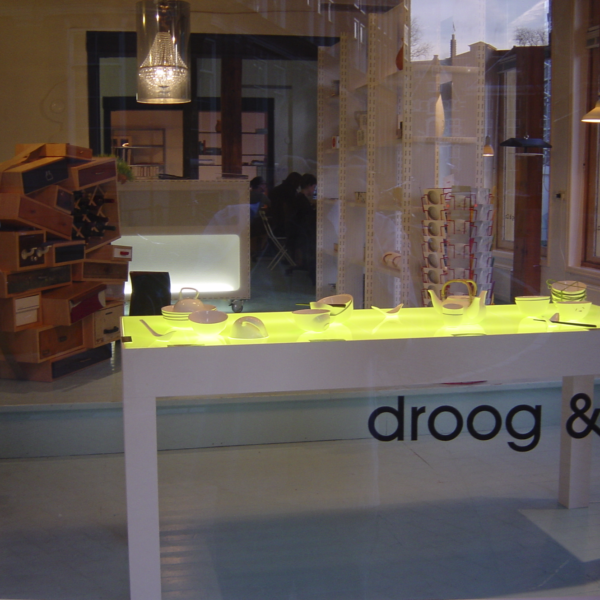 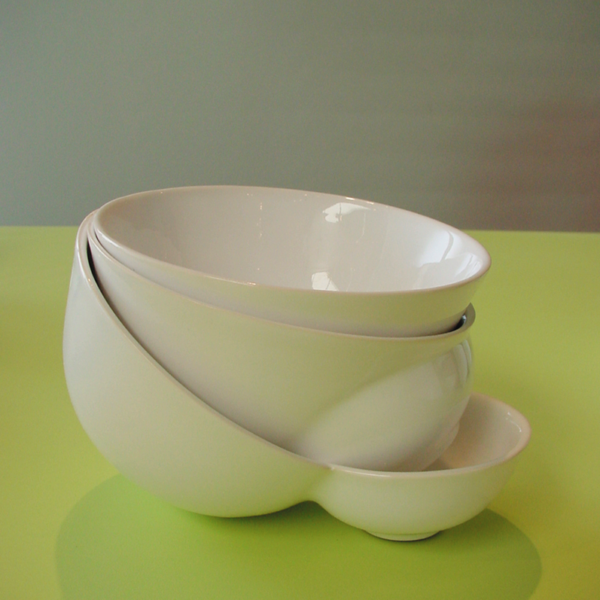 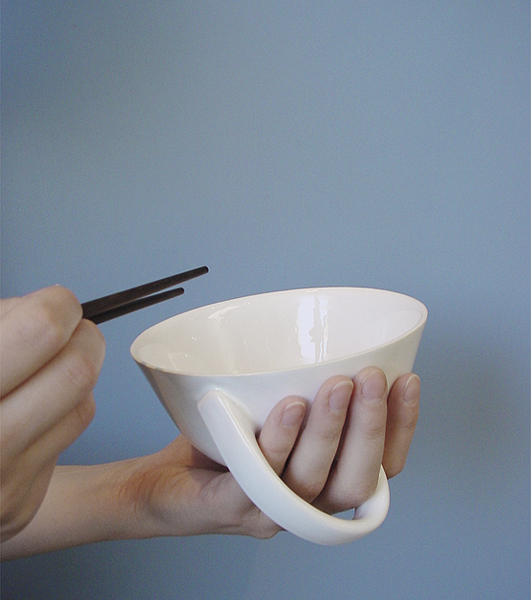 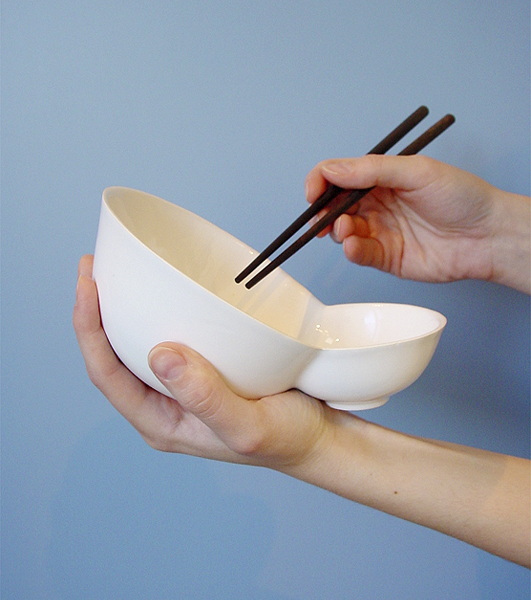 Re-inventing Rituals showed tableware that exposes Chinese eating habits which express the underlying attitudes and values of the culture.

Michelle Huang from Singapore studied the habits of Chinese people living in the Netherlands. Although they adapt in a way to Dutch culture, they maintain their old rituals as well. A lot of them have to do with food and eating. For the new generations, the old rituals are not as obvious as to the people who were brought up with them in China. Huang is interested in the way in which the ‘host’ culture and future generations of Chinese can build a new framework together.

The ceramics ask for active participation from the user who will experience the ritual or learn about it while using the objects. For instance, in Chinese culture it is polite to leave some food in the bowl when you’ve had enough, so Huang invented bowls with an extra pocket for the remains of the meal: Bowls plus