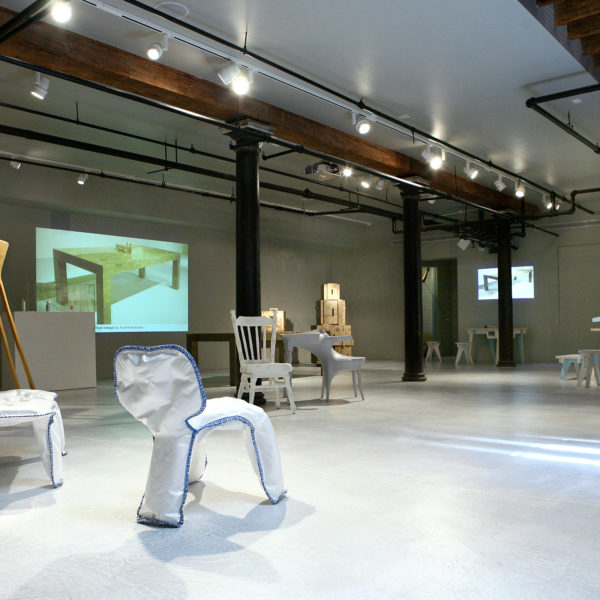 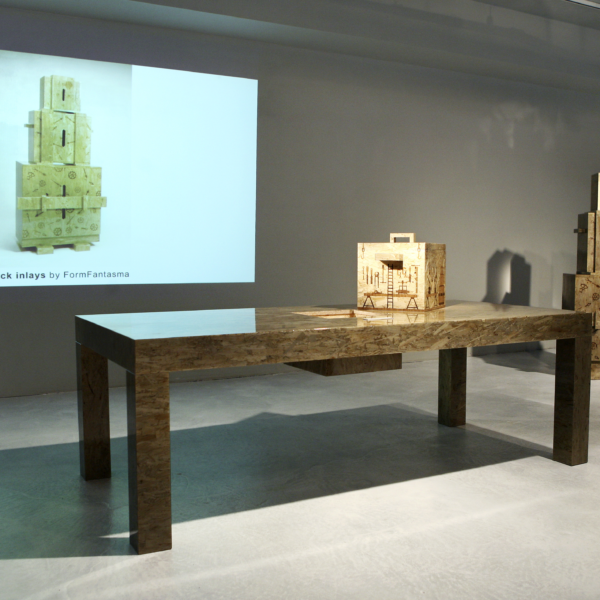 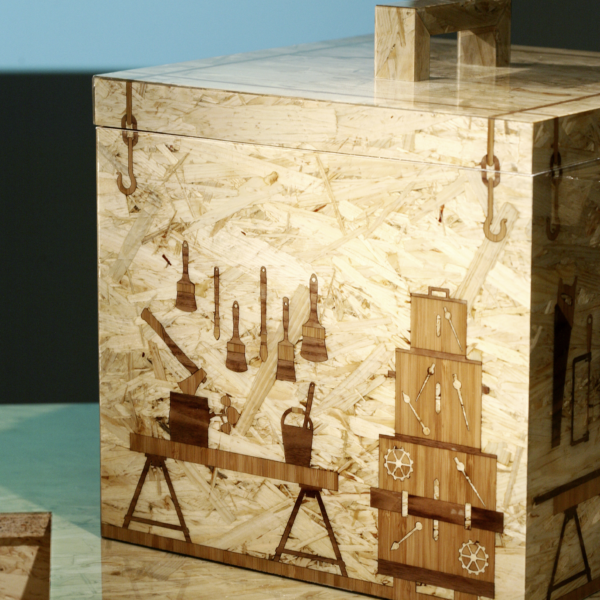 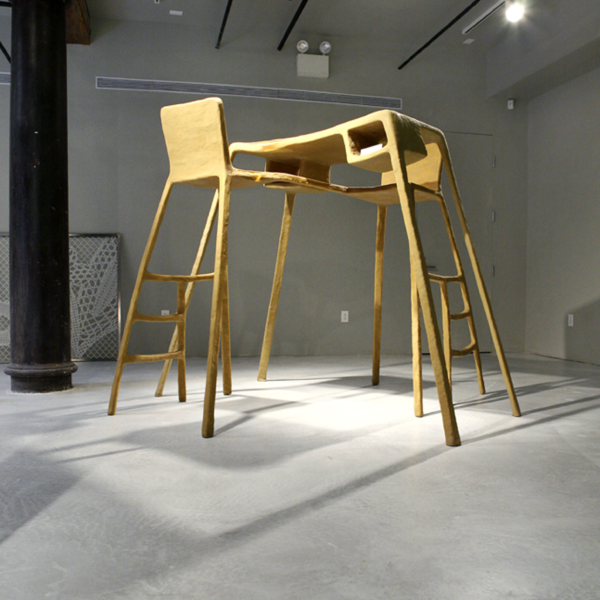 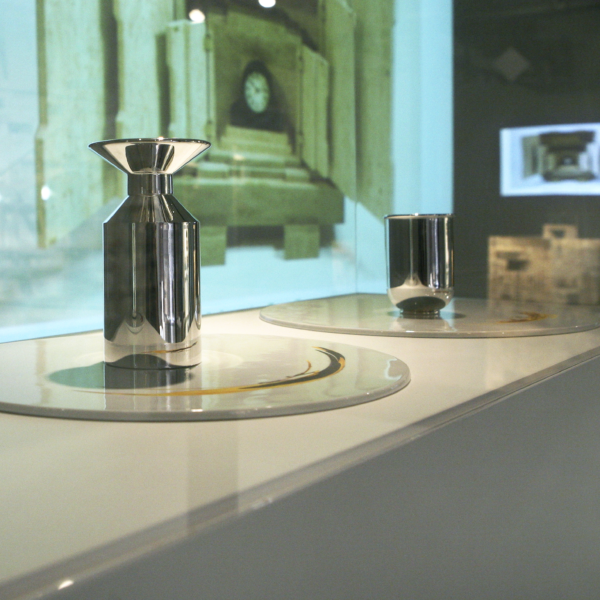 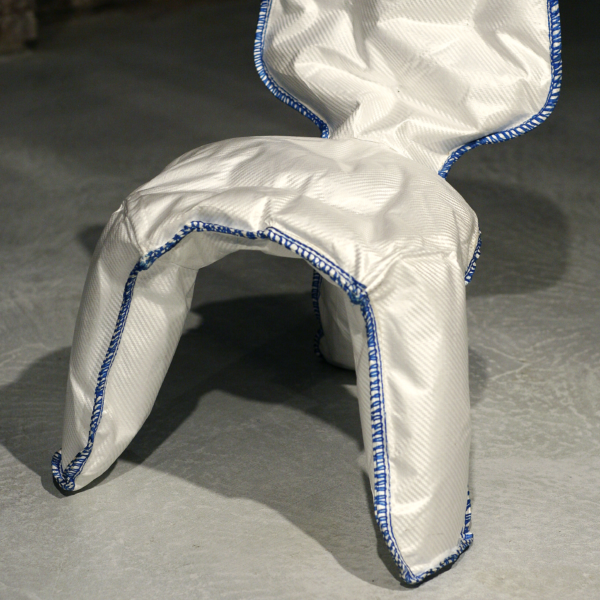 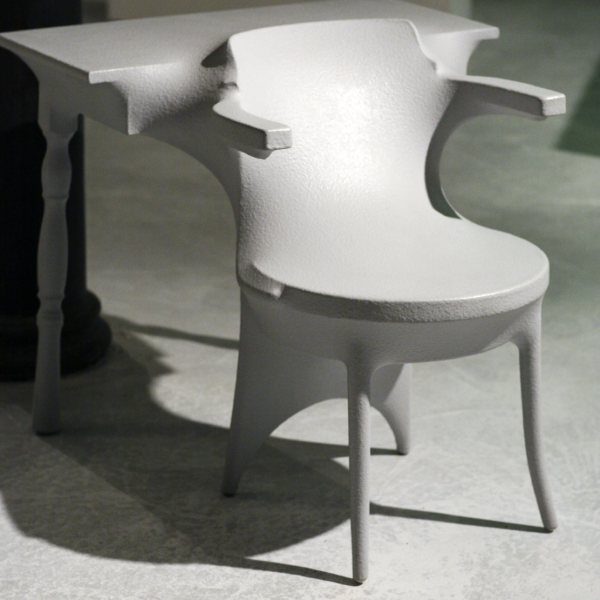 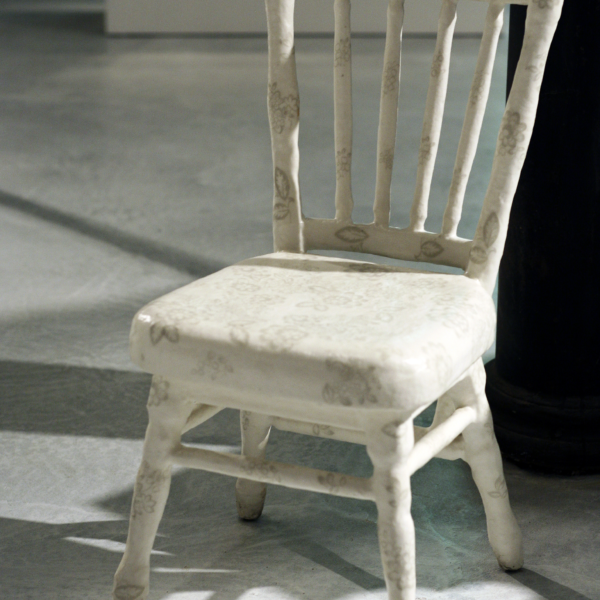 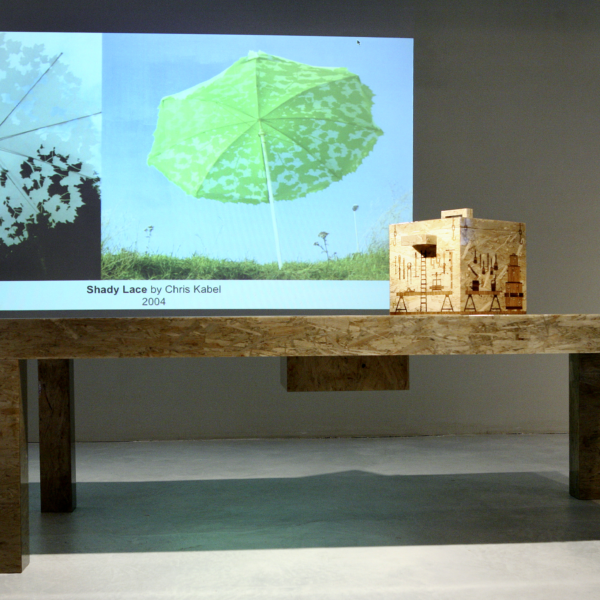 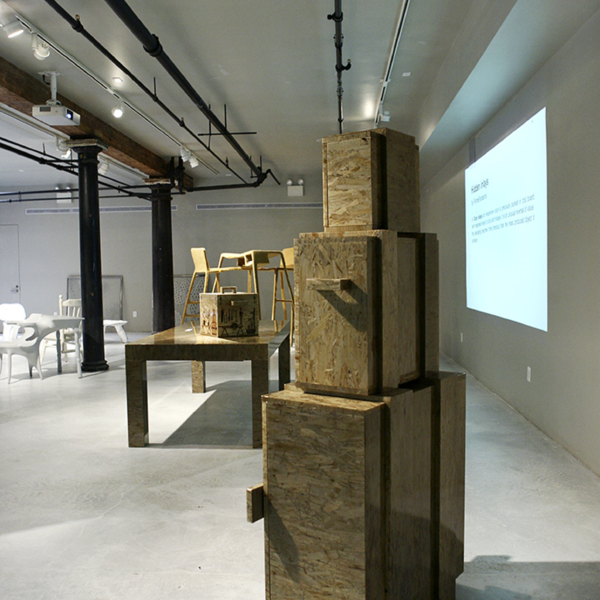 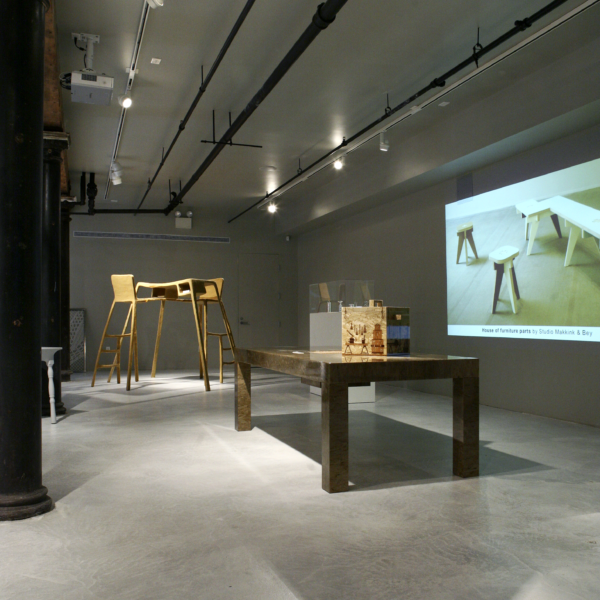 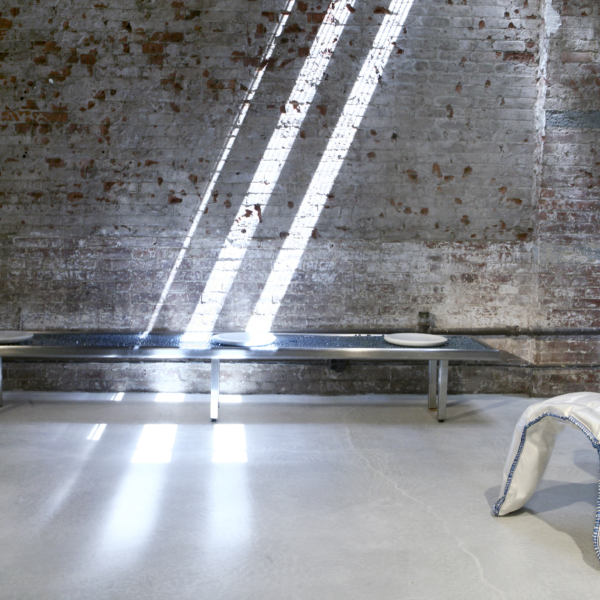 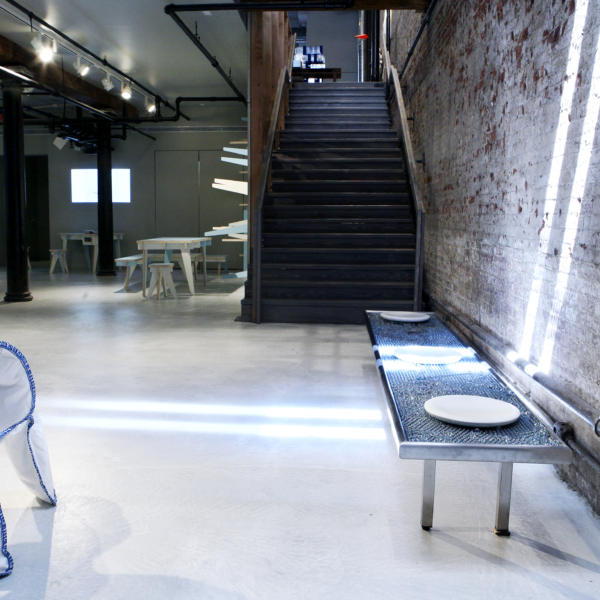 Hidden inlays by FormaFantasma – Andrea Trimarchi & Simone Farresin
Intruding on the standard production method, FormaFantasma introduces unexpected meaning and craft into a mass produced good. Intricately shaped inlays are incorporated into chip board—transforming the material from under- to Upperlayment™. In Tool inlays, the carefully cut inlays take the shape of the tools used to make the furniture piece, and in Clock inlays, an inexpensive department store clock is preciously packed in chip board with integrated inlays of clock part shapes. It is an unusual reversal of value: the packaging becomes more precious than the mass produced object it contains.

Seam chair & bench by Chris Kabel
A continuation of Chris Kabel’s outcome of Droog’s Dry Tech III project, Seam chair & bench are made of an inexpensive industrial packaging textile that is sewn into the form of the object. To gain rigidity, the textile outfit is filled with sand and placed in a high pressure high temperature oven (autoclave), in which the textile melts and cures. The sand is removed leaving a hollow interior and a strong yet lightweight chair and bench.

Skin by Studio Nacho Carbonell
The outermost layer of these pieces can be stretched over the things you keep around you, hiding yet revealing daily messes. With forms and their heights inspired by fantasy and dreams, Nacho Carbonell aims to change the point of view on things. With the Skin collection, Nacho’s intention is to revive one’s curiosity in what might be hidden underneath.

Anamorphosis & 7 keyholes by Luc d’Hanis & Sofie Lachaert
In Anamorphosis, when porcelain platters meet reflective object, the distorted drawings of precious birds on the platter become perfectly reflected on the bottles or cups. The awareness of  the birds’ potential extinction emerges only when objects are carefully aligned as a pair. In 7 keyholes, only one hole grants us access, a reference to the magic number seven. “When a polished silver bottle is placed on a platter with a distorted hand-painted watercolour painting, it shows the image of very precious protected birds on the ‘precious’ metal. The careful interaction of objects asks for an attitude that is as much applicable to the drawings on the porcelain plates under the silver forms,” explains Sofie.