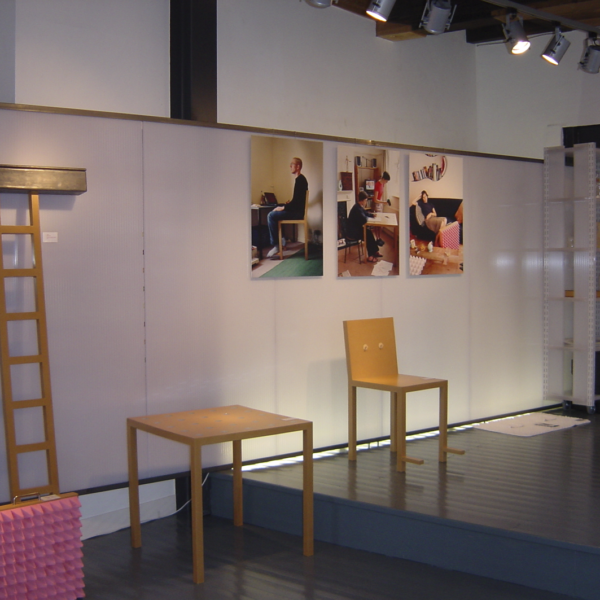 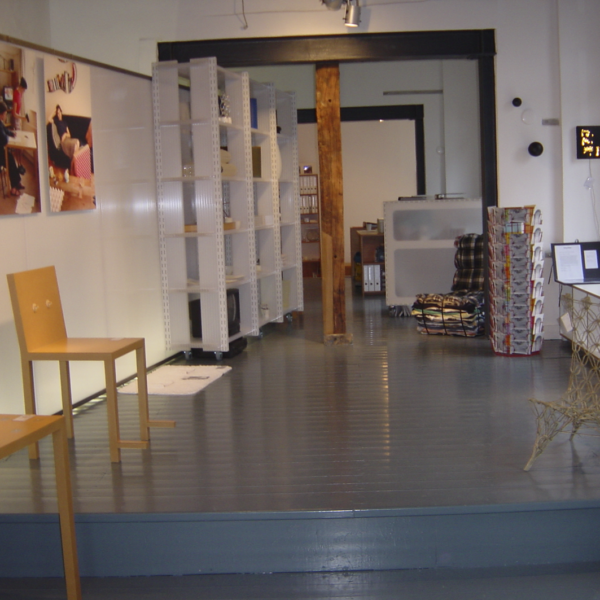 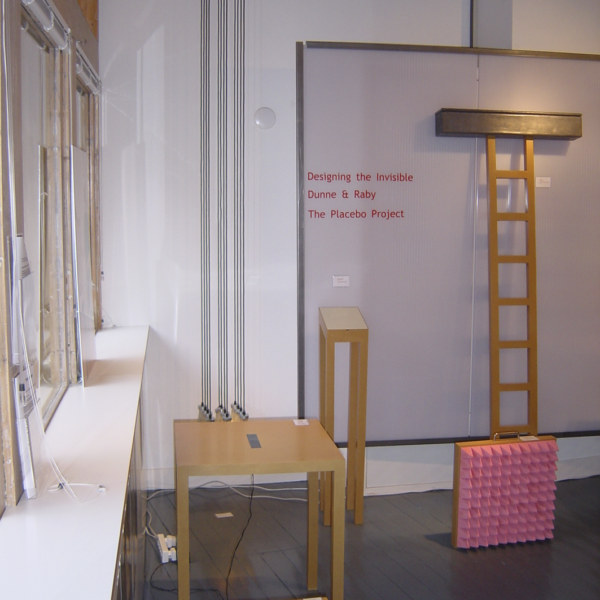 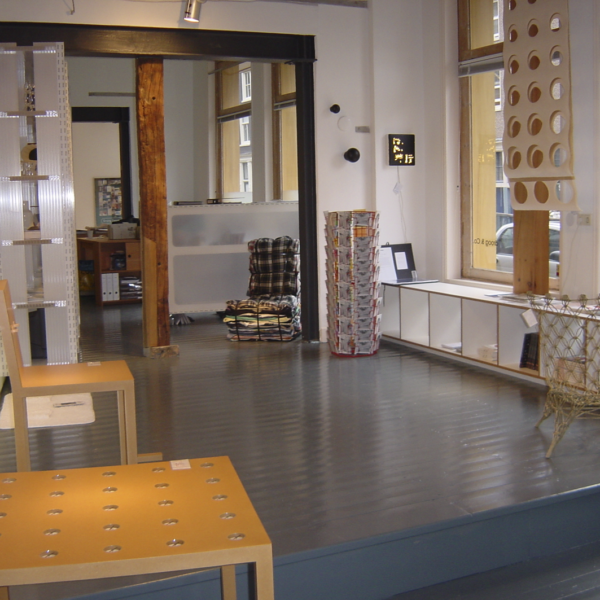 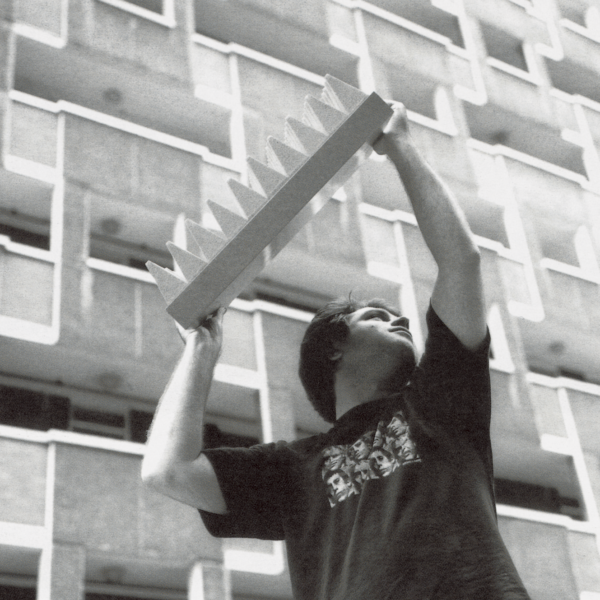 The English designers Anthony Dunne & Fiona Raby try to design the invisible. They think about things like radiation and radio waves as if they were materials. For the Placebo Project they did research on people’s reactions towards electromagnetic fields in the home. They made 8 prototype objects and placed them with volunteers.

The objects are simple in form and material but react to their environment in an unexpected way. The Parasite Light for instance, only burns in the presence of radio waves and the needles of the Compass Table will twist when a mobile phone or laptop is placed upon it. Dunne & Raby were specially interested in how people would use the objects, and the stories they would come up with about them. The exhibition at Droog & Co. presents all the Placebo furniture, including the photographs of the objects in use by the volunteers and the interviews with them.