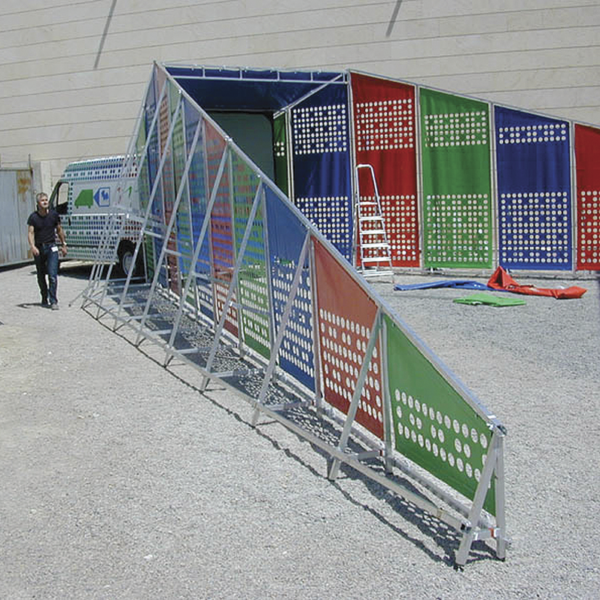 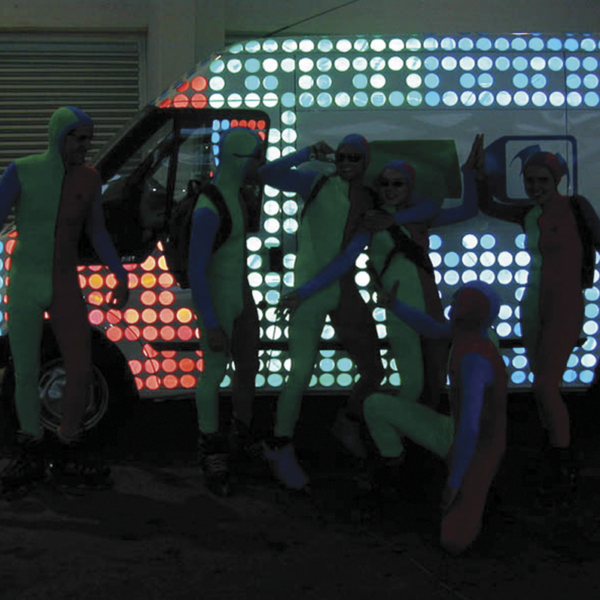 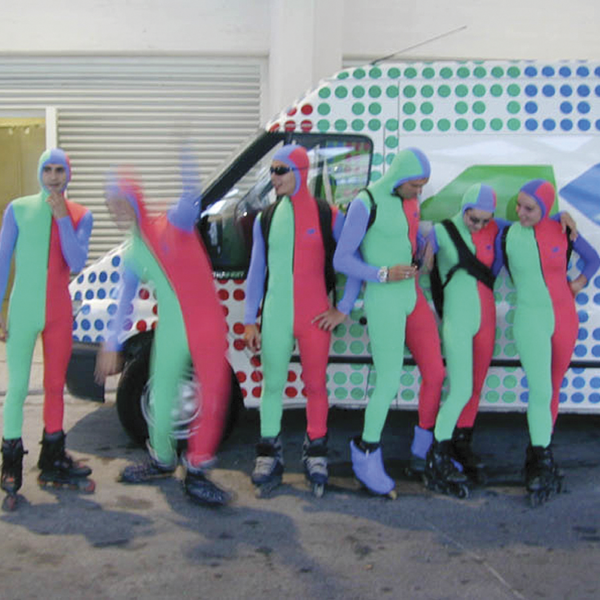 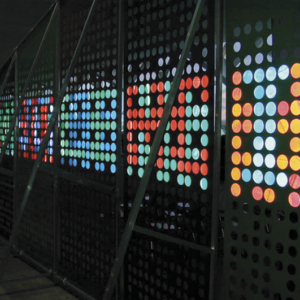 Valencia’s (Spain) first biennial for fine arts in 2001 commissions droog to propose a way to present video art in the streets.

During the 123 days of the Biennia, videos of 123 international artists are shown in the ‘Videorom’ that travels around to reach different places in and around the city.

Referring to the Biennial’s theme ‘seven virtues and vices’ Studio Traast & Gruson develop a concept for a number of tents in which videos can be played. According to this concept, videos based on ‘vice’ must be shown at places that are characterized by ‘virtue’ such as churches. The ‘virtue’ videos should be displayed at places like nightclubs. Skaters in specially designed costumes hand information to bypassers. The Biennale chooses to have only one bigger tent.