Thank you Vidafine for this article on the latest activities in the Droog Lab:

Since 1993, Droog has been a budding conceptual design company that has helped Dutch design gain international recognition. They create in a way that is fresh (sometimes unusual), down to earth and iconic, with the ultimate goal of changing the way people think about their surroundings (which is what we obviously love about them here at Vidafine). Headquartered in Amsterdam under the distinctive eye of Renny Ramakers, their main office operates out of the Netherlands just above their store, while another store has sprouted in New York in 2008. In addition to designing clever products, one of the latest initiatives of this company is their Lab. The Droog Lab is definitely something worth talking about as it aims to bring together the creative design talents of the team with global issues that require further investigation.

“The Droog lab is free, unrestricted and exploratory, yet has a very ambitious mission: to define the next generation of global design. The Lab identifies urgencies on a global level and investigates them locally, with local partners, consulting experts, and known and unknown designers.The aim is to generate outcomes that have relevance on a global level.” In other words, they believe the next generation of global design will focus on responding to contemporary issues, investigated locally, but then translated to an outcome that has value for contemporary society in general. They believe that one way to understand what’s happening around us and to gain new inspiration for design is to visit foreign places with an outsider’s perspective, be present, engage with others and collaborate.

Two projects that I found particularly interesting was Luxury of the North and Droog al Arab, projects which speak directly to what we have been sharing with you at Vidafine about Back to Basics and Community.

As of late, you may have come to realize Dubai has developed into a hub for innovation, luxury design and architecture. Ambitious to gain global recognition, their rapid growth in development seems to have slowed down, and their stability for the future may be at risk as detailed in Arabian Business. In partnership with design gallery Traffic, Droog stepped in to see how they can learn and gain inspiration from Dubai to create a new model for future developments, not only for Dubai but for elsewhere as well. Taking their ambitions as a design company, combined with social intelligence gained from their visit to Dubai and the idea of collaborative creation, a plan was born. Having started the project in May of 2009, it took one full year for the investigation to be complete. The result? An online platform of collaborative content where leading designers can invite emerging designers to contribute their ideas and skills and ultimately work together. You can read more details of the project results here.

Luxury of the North

The second project is definitely near and dear but still in progress. Luxury of the North is a project that took place in Canada’s Pond Inlet in partnership with the University of Alberta’s Principal Investigator Tim Antoniuk, who spoke at TEDxEdmonton recently. With travel becoming more of a commodity rather than a luxury in the Western world, the North, just doesn’t seem too far out of reach anymore. Further studies about the North also remind us about issues of global warming happening right before our eyes. Most dramatically affecting the North, melting ice has hindered on the lives of many including humans and animals up north, but it also has opened up trade routes to the North that never used to exist. Through this Lab project, the team at Droog is looking at how Canada’s Northern ‘extreme conditions’ and intense negotiation with change can inspire a new way of living in contemporary cities elsewhere. They are investigating how the North deals with its resources and how it deals with its ancestry might inspire our future. Spending about 10-12 days on site this past June, speaking with locals and the Nunavut government as well as interacting with wildlife and the majestic surroundings of the North, results of their findings will be presented in Toronto in early 2011. You can learn more about the progression of the project here.

Droog has truly demonstrated their ideas for change and their plans for execution. I’m excited to hear about their findings and their strategies of introducing their discoveries to the world! I hope Droog can keep us up to date! If you are from the European Union area, and are interested in what they do, I’m happy to say that they are currently looking for interns for September 2010. Perhaps you can send your application in and who knows, you may be involved in their next big project!

Our Luxury of the North team recently returned from an unforgettable trip to the Canadian Arctic. Here are some impressions of our trip. 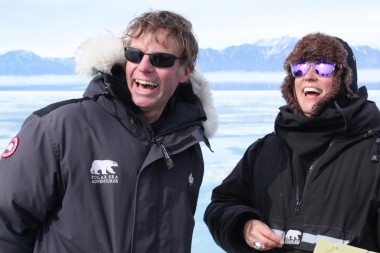 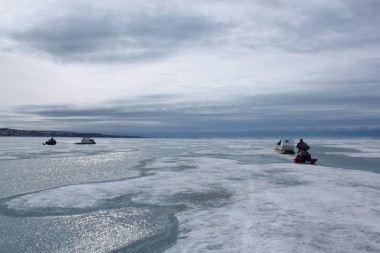 Just in time before the ice melts! 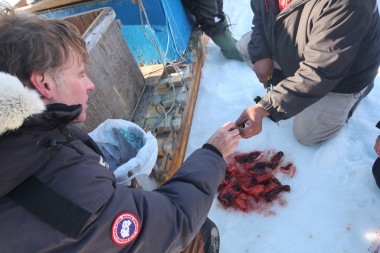 A taste of seal. 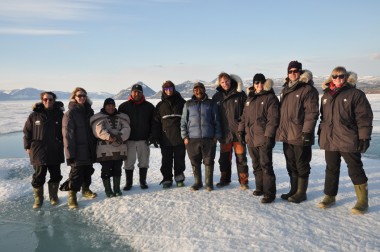 Here’s the rest of the team. You can read more about the project here.