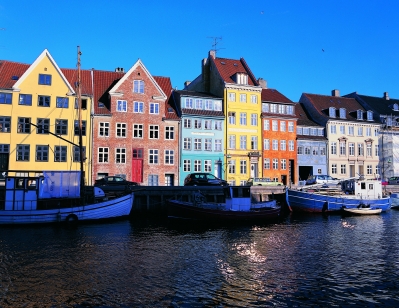 From film and TV to food, fashion, design and architecture, Denmark is currently getting the world’s attention. TV show Borgen has millions of fans, Noma is on everyone’s restaurant wishlist and fashionistas love Henrik Vibskov. Everybody wants a taste of Denmark. Hôtel Droog offers its visitors exactly that from 27 November 2013 until 5 January 2014 with ‘The New Danish Cool’. Taste Danish liquorice dishes in ROOMSERVICE café and tearoom, see in the Gallery what acclaimed architecture studio Bjarke Ingels Group accomplished at the Superkilen Urban Park in Copenhagen, take your pick from the selection of Danish design items in the store or the Vibskov collection at Fashion at KABINET and join a talk on why Denmark is in the spotlight.

‘The New Danish Cool’ kicks off with a talk on Denmark’s cultural rebirth on 27 November. Why are the Danes so successful? What is it that’s triggering this spotlight now? How does the Danish identity manifest itself? Host of VPRO television program Licht op het Noorden, Stine Jensen has conversations with fashion designer Henrik Vibskov (Copenhagen), Peter Sylvest Husted (Lakrids, Copenhagen) and Klaus Bondam (director of the Danish Cultural Institute, Brussels, former mayor of Copenhagen and actor in a.o. Festen).

The Gallery exhibits photographs and videos of the Superkilen Urban Park that BIG architects developed in Copenhagen. Superkilen is home to more than 60 nationalities, and is considered to be one of the most ethnically diverse and socially challenged neighbourhoods in the Danish capital. The residents of the area were closely involved in designing the park to make the ethnic diversity remarkably visible.