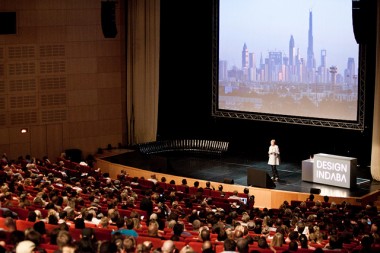 This question was asked after my talk at Design Indaba, where I introduced the Droog Lab. The Lab is working on a series of eight projects from 2009-2012, each with a unique theme inspired by a different location.

To answer, let me go back to the beginning. In 1993, Droog created a movement in conceptual design by combining simplicity, irony and a no-nonsense mentality. Its uniqueness contributed to the Dutch design mentality, and eventually had an impact globally. But what was new then has now become common, and therefore has lost a sense of urgency. In the meantime, the design world has become introspective, celebrating star designers and “art design”. The amount of new products churning out of the industry is increasing every day, and most of them are are not even worth mentioning.

It is time for a paradigm shift.
In other words: it is time for a paradigm shift. And yes, the signs of such a shift are already there. Sustainability and social issues have become part of the design agenda. Designers are incorporating processes and scenarios in their work. We see the connecting power of digital media and how this affects design, generating the notion of open design. All of these strands are aiming to bring relevance to the design profession.

Droog is playing an active role. One of our current developments is MakeMe, a platform with new interactive design tools for designers and consumers for downloadable design and local production. Another one came up when we learned that yearly millions of totally new products are destroyed for the simple reason that the factory made too many of them or because there’s a small mistake. We launched We Want Waste, a project that makes leftovers accessible to designers for redesign, considering rejected products as raw materials for creative re-interpretation.

The Droog Lab is looking beyond the world of design. We are interested in creative energy that is not necessarily associated with design. All over the world people have been, and still are, creative. People build houses, design tools, create economic and social systems and decorate their spaces, not only in the past and far away but also now and nearby. The world is full of identities, not created by designers but by people themselves. The Droog Lab visits local communities all over the world because we see value in their way of living. We take a theme as the starting point, we visit the place for inspiration and translate this theme to an universal level, to the world of contemporary design. We take one step back and two steps forward—one step back to take distance from our prejudices and preoccupations and two steps forward to change patterns in the design landscape.

One step back and two steps forward.
So a design team went to Dubai, leaving their prejudices at home. The designers were impressed by the enormous sense of ambition that created Dubai, the fact that it came out of nothing, and that everything seemed possible there. This inspired them to create a parallel world where designers could work collaboratively and anonymously, not bothered by real-world economic or social restraints and where payments could be done with time instead of money. And this parallel world can be made possible thanks to social media.

The proposal by the design team touches upon several topics that currently are affecting the design profession, such as the impact of digital media, how to deal with collaborative design, designer autonomy and intellectual property, and the possibilities created by alternative currencies. We are deepening these themes in the project publication.

Whether it is the level of ambition in Dubai, the service economy in New York, the way people survive in the harsh conditions of Northern Canada, or the seemingly superficial way of consuming in Moscow, we learn from every location we visit. Our insights from these areas stimulate us to go into matters as versatile as food production and city planning, the design of services, transparency in design, shifting public and private relationships, the meaning of ownership, the future of the suburbs, the importance of fantasy and fiction in design, to name a few.

So, back to the question: I see Droog Lab as a methodology to change our perspective by going back to society as a source of inspiration for the next generation of design. The Droog Lab aims to intensify the paradigm shift that is already on its way in the world of design.