On Thursday,  November 3rd, Droog launched the new design movement ‘UP’ during an event that brought together industry and design, and revealed the line of UP products.

In his talk, Eric Petersen of the Van Gansewinkel claimed that waste does not exist. Most waste contains valuable (raw) material such as gold and silver, which Van Gansewinkel wants to extract from the waste they collect. Van Gansewinkel also supports its clients in thinking and acting differently with their waste, so that less waste is burned and more is re-used. Van Gansewinkel put Droog in touch with its clients to harvest dead stock for the UP product line. 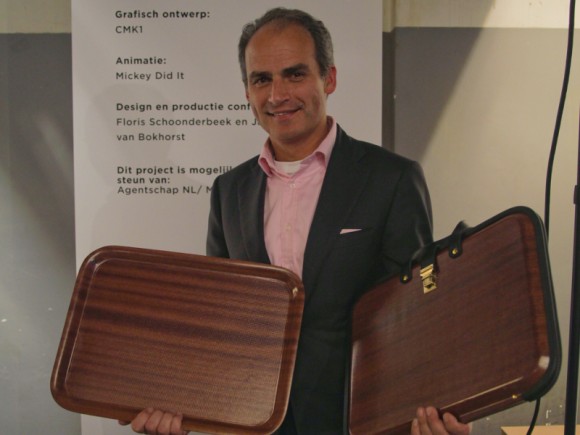 Marc Rouffaer of Call for Action, one of the partners with which Droog collaborated, revealed the outcomes of a research on why and how companies might like to be involved with UP, or why they might not. It became clear that even though the concept is easy to grasp, explaining it to people with a different mind set on waste becomes more difficult in practice. However, if companies have a vision on sustainability and on waste management, and if they are driven by innovation, they are more likely to work with the UP movement.

Jan Bongert of 2012Architecten showed how this architecture office re-uses waste in all their designs. Inspiring case studies were shown of play gardens built from old electric windmill flaps and internal walls with plastic window frames.

Member of the Parliament, Stientje van Veldhoven of the Democratic Party underlined the need to look differently to waste. She valued the level of innovation in this project and the possible implications for society. She suggested introduce this way of designing and thinking about waste into the Parliament.

The UP collection was revealed by Kaisa Rakemaa (Mediq Finland) who started a used to be x-ray film now music record with the four seasons of Vivaldi on it.

The day was concluded with a discussion on amongst others IP issues. On IP-issues: How to deal with this, if one works with existing products (that were originally made by other designers). It was revealing to see the relaxedness of the different parties and brands involved. Things are changing and the way there was dealt with by e.g. Makro (“We called the original designers and they thought it was cool that others worked based on their designs”) gives room to innovation.

Read more about the project and see the products here.