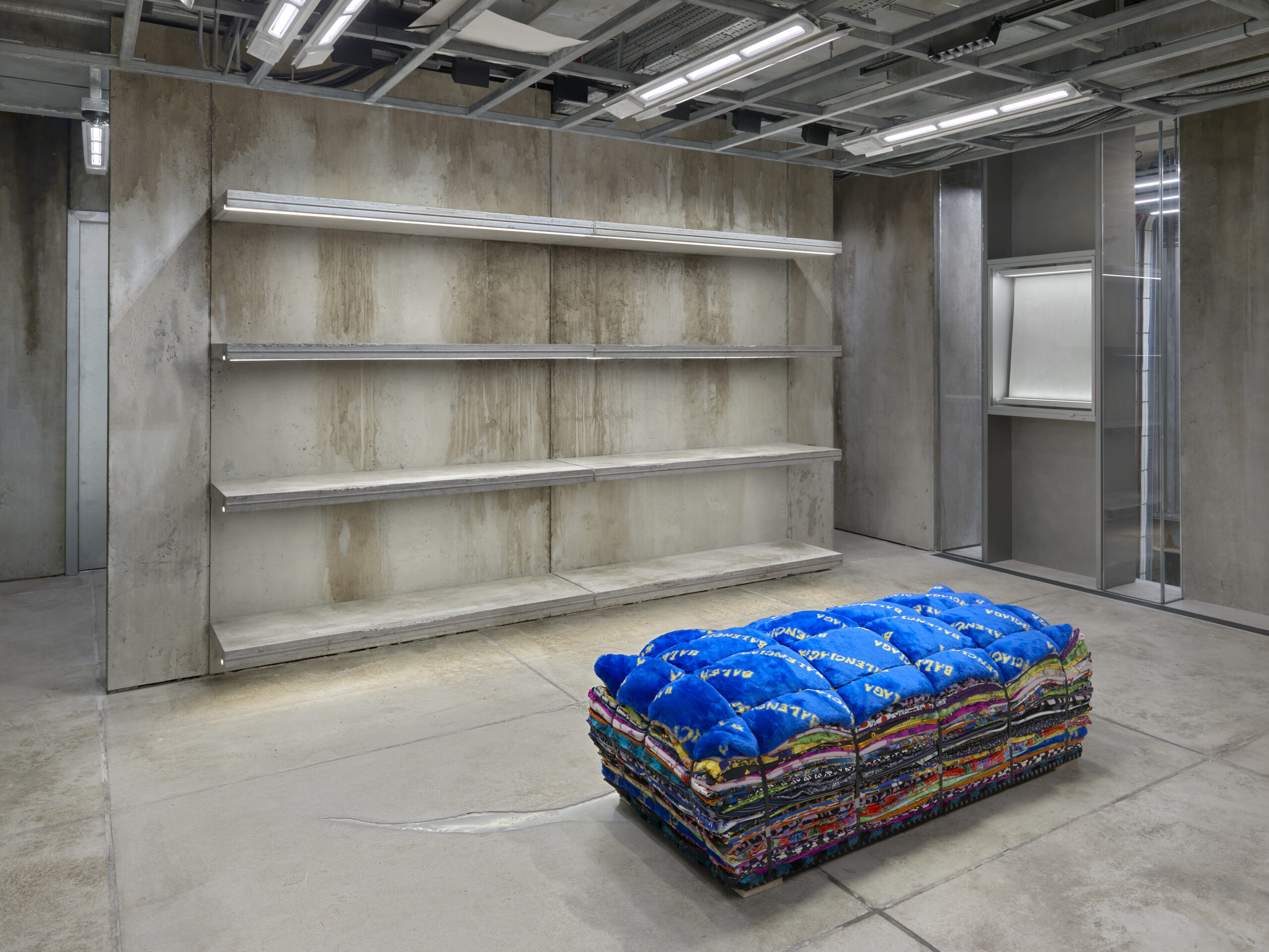 As part of its ongoing Art in Stores project, a collaboration between Dutch designer Tejo Remy/Droog and Balenciaga introduces the Re-Bench made with deadstock fabric and offcuts to multiple Balenciaga stores worldwide.

Droog and Remy introduced the Rag Chair in 1993, which became an internationally acknowledged design classic. The Re-Bench shows that Droogs strong believe that new ways of reusing materials to create functional furniture and appliances are needed and is actual more than ever.

In its press release Balenciaga states that ‘The raw edges and exposed layers of each interactive artwork shows its own recycled makeup, stressing a need for sustainable solutions in design’. 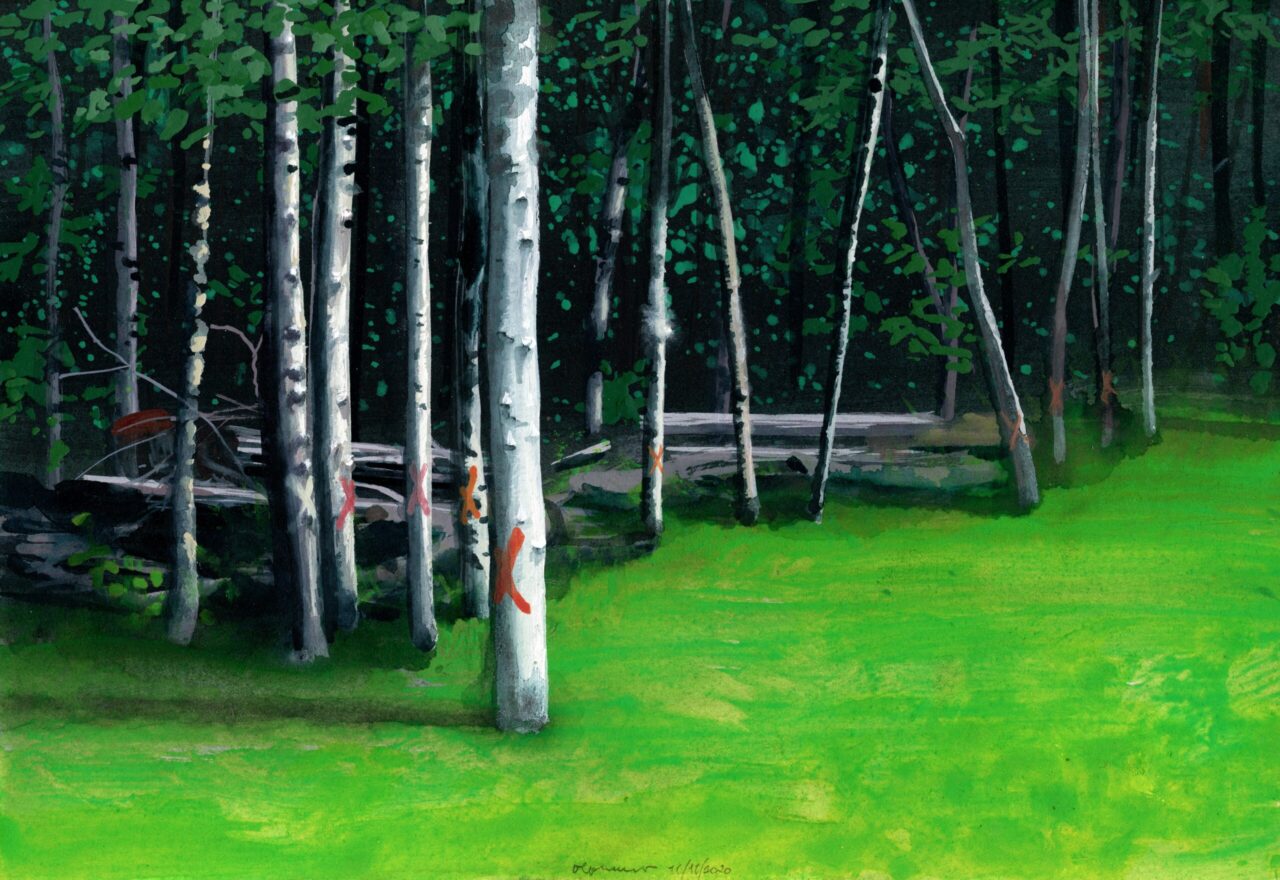 [email protected] presents Reality Check, a solo exhibition by visual artist Olphaert den Otter (Poortugaal, 1955). The exhibition features 28 paintings in egg tempera on paper and canvas/panel, from the series World Stress Painting, Home Made, and Postcode. Most of these have never been shown before. They form a bridge between classical landscape painting and contemporary subject matter. This exhibition shows how beauty and engagement can reinforce each other.

download here the text of the exhibition – in Dutch

Olphaert den Otter’s paintings are based on reality: a report or a photo in the newspaper, a spot in the woods, the meagre possessions of an unhoused person. Yet the works are not realistic. At will, Den Otter omits or adds details from the image. For instance, he consistently leaves out all the people: “There is no story. There is image.”

Den Otter paints landscapes, in which people left their traces, in which disastrous events took place, in which the natural environment underwent changes through the ages. His work expresses a deep commitment to the earth and the world. Since 2009, he has been making World Stress Paintings, an infinite series of works in which he visualises places that have turned into catastrophes due to human intervention. His Postcode series captures how homeless people make shelter through creative use of waste.

‘The earth’ is our planet, ‘the world’ is what it became because of what we made of it. There is a tension between earth and world, between humans and their environment. I see that tension and base my work on it.

Through his sense of composition, colour, and staging, he gives a soul to a newspaper photo or a seemingly insignificant place. Den Otter paints beauty, but it is a beauty without wellbeing. Because of their emphatic aesthetics, the paintings seem one-dimensional at first glance, but on closer inspection they prove to be very layered. It is precisely this aesthetic that heightens our perception. A wry beauty manifests itself in his work, which does not smooth away life but exposes it in all its painfulness.

Every Thursday, Den Otter posts an image of one of his paintings on Facebook with an accompanying text. These texts form an integral part of the exhibition. They are almost always written in retrospect, sometimes years after a painting has been completed. Text and image are both snapshots, from parallel worlds intersecting along the paths of Den Otter’s lasting preoccupations throughout the years. This makes them time and place specific as well as universal.

A special publication written by art critic Anna Tilroe will accompany Reality Check. She will also open the exhibition in the presence of the artist on Wednesday 9 November. The Reality Check exhibition is curated by Renny Ramakers.

Olphaert den Otter (born 1955, Poortugaal) studied at the Willem de Kooning Academy in Rotterdam. Den Otter’s career spans over 40 years as a visual artist, a painter, animator, and, in the past, teacher at various academies. His work is included in various museum collections including the Museum Boijmans Van Beuningen, Centraal Museum Utrecht, Stedelijk Museum Amsterdam and Kunstmuseum Den Haag, Museum Belvédère Heerenveen. Den Otter participated in group exhibitions in the Netherlands, Germany, Switzerland, the UK, Belgium, and Australia. Besides his practice as a visual artist, he is a countertenor in the Rhetorical Quartet and lectures on cultural-philosophical themes. Olphaert den Otter lives and works in Rotterdam.

Read here the review of Het Parool – in Dutch 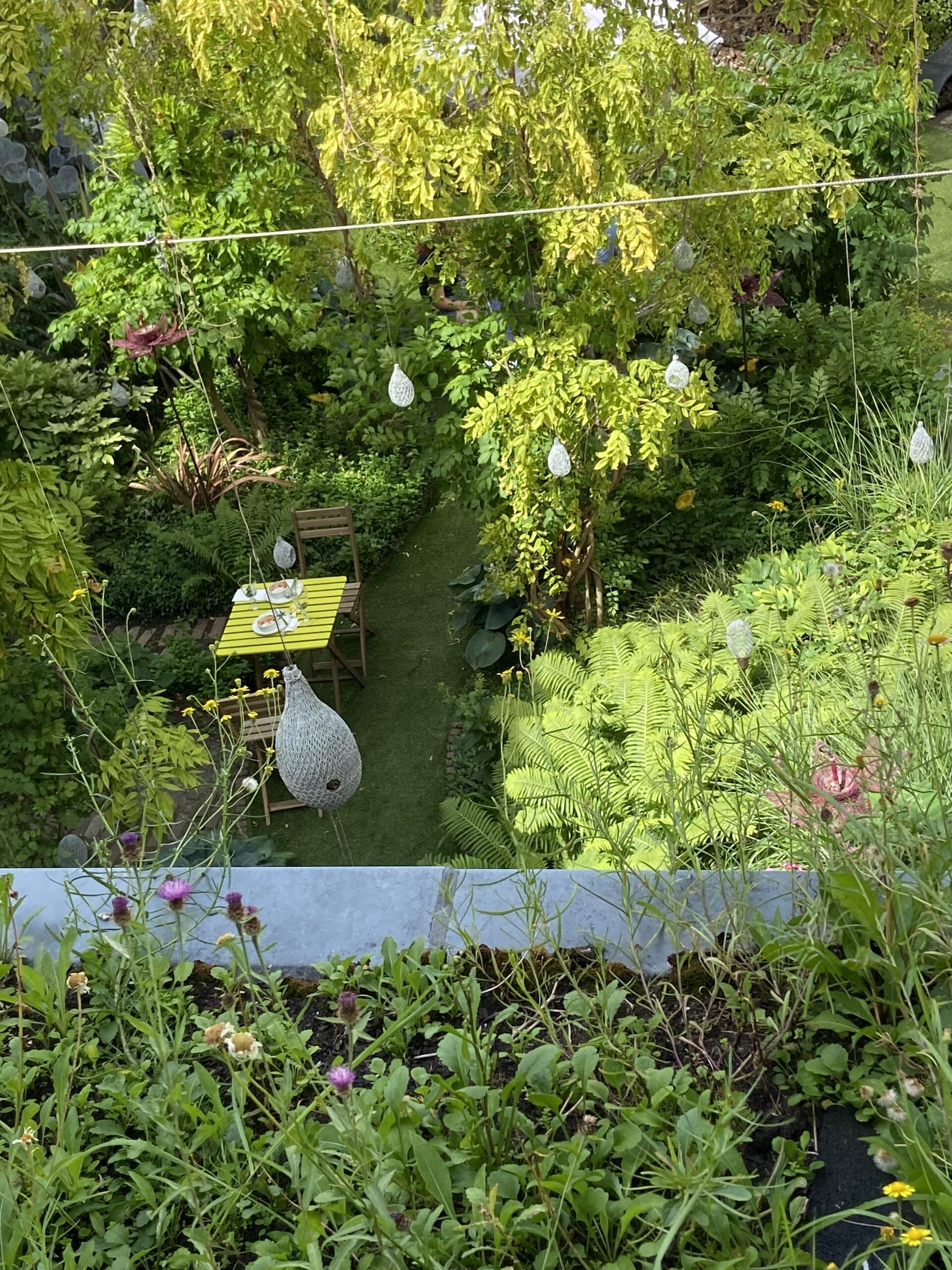 We’re open all days of the week again! Need a study break on a Monday afternoon? Drop by @droog. Or are you looking for a place to meet and lunch with a view? We’ll see you around! 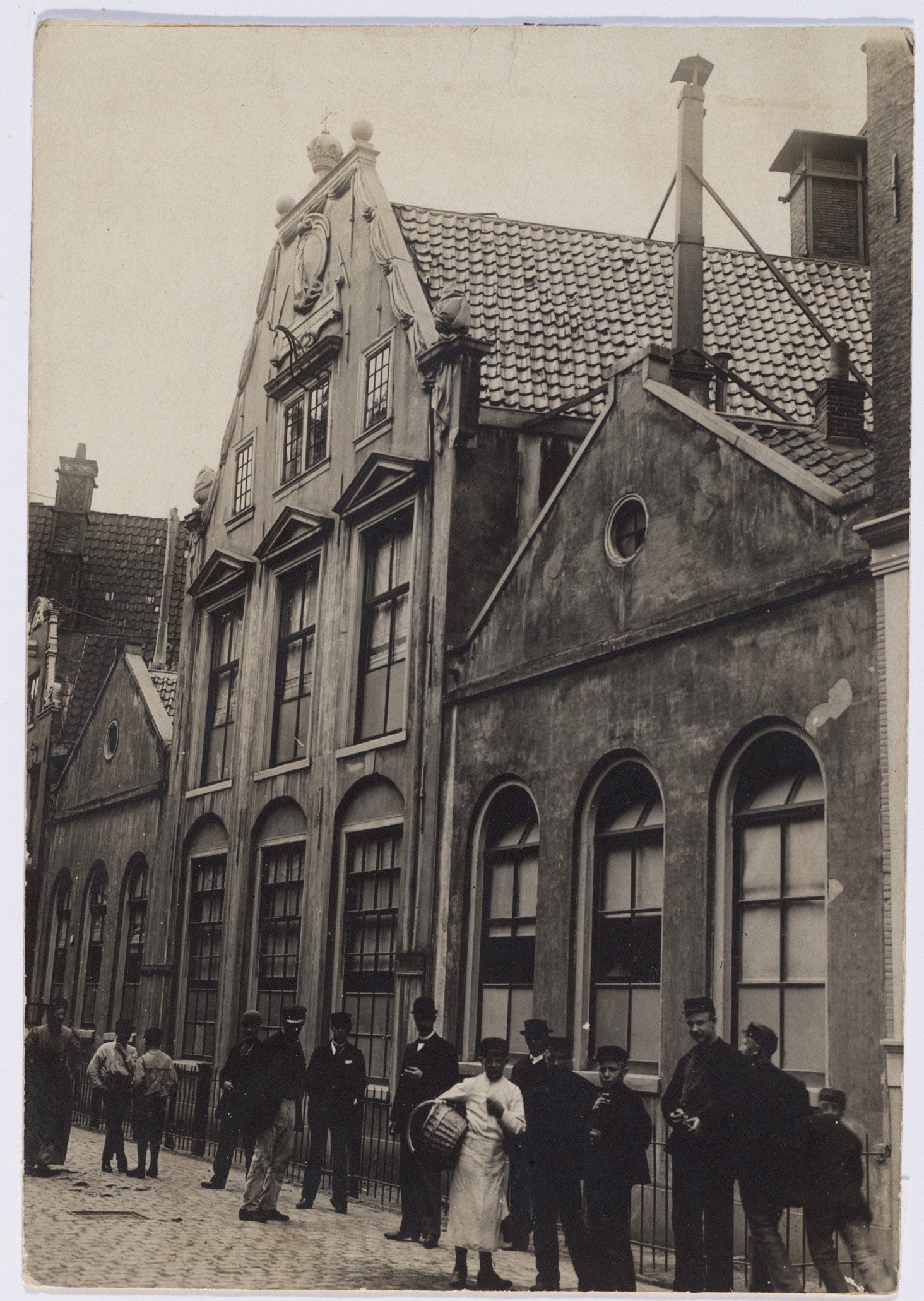 To our dearest @droog guests we must inform you that our doors will be closed on Monday and Tuesday (26 and 27 September). Which makes us even more excited to see you on Wednesday with a warm coffee and a delicious lunch from the new autumn themed menu! 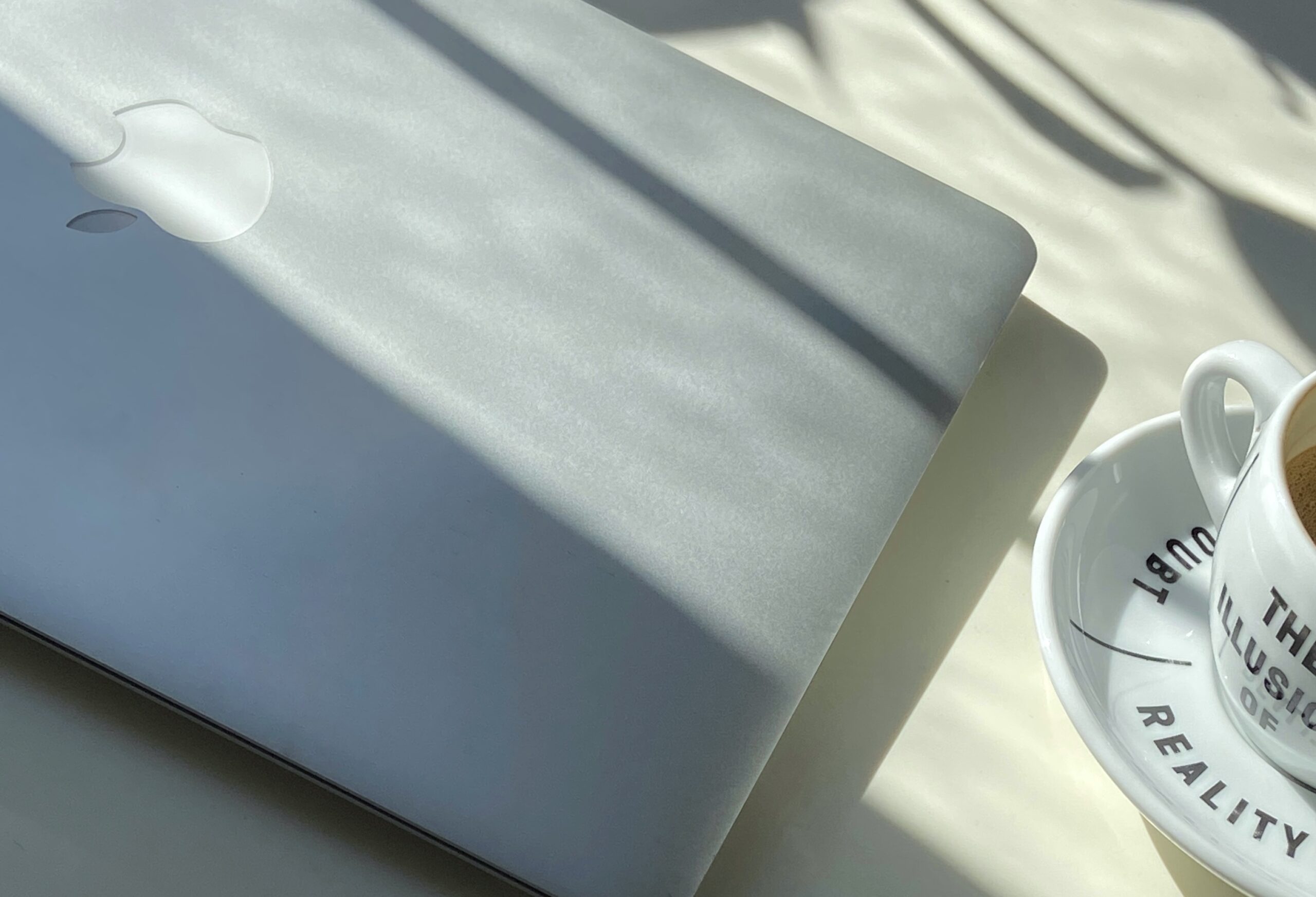 The new university year has begun! Welcome all new students in Amsterdam.

If you’re looking for a creative spot to open your laptop and get some studying or work done: @droog could be exactly what you want.

Laptops are welcome @droog, supplied by fresh coffee beans, something sweet or something salty – you should be able to get a lot of stuff done

Note: on busy hours our staff might ask you to continue your hard work at the communal table. 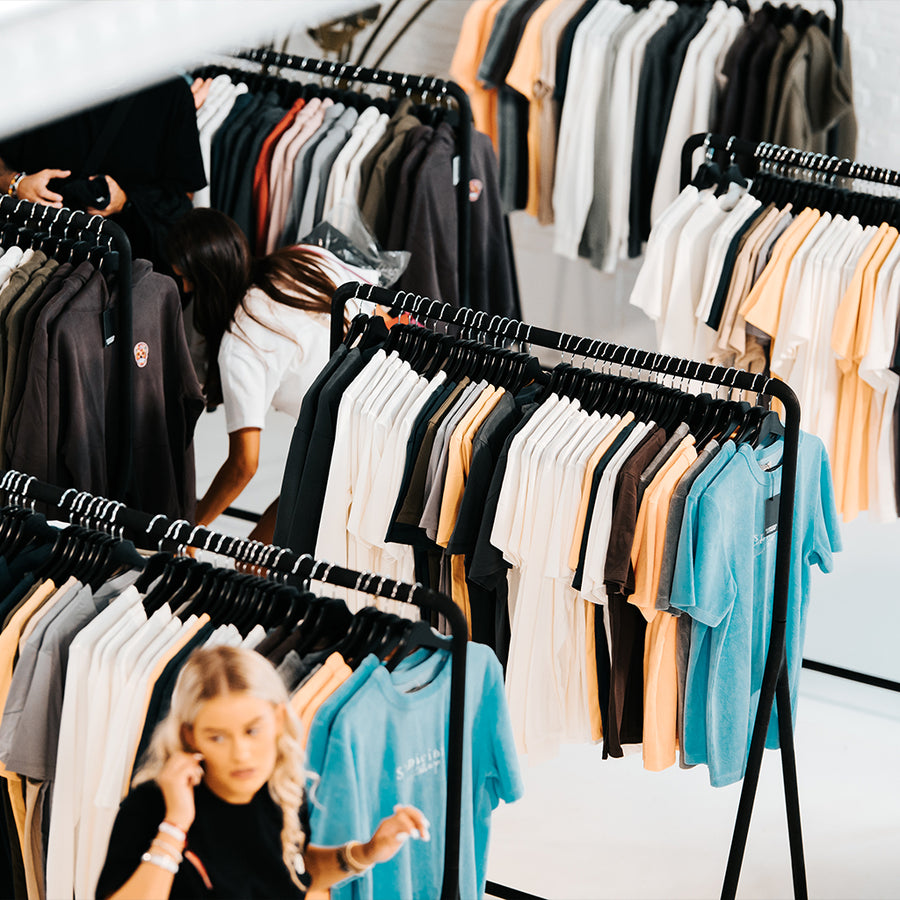 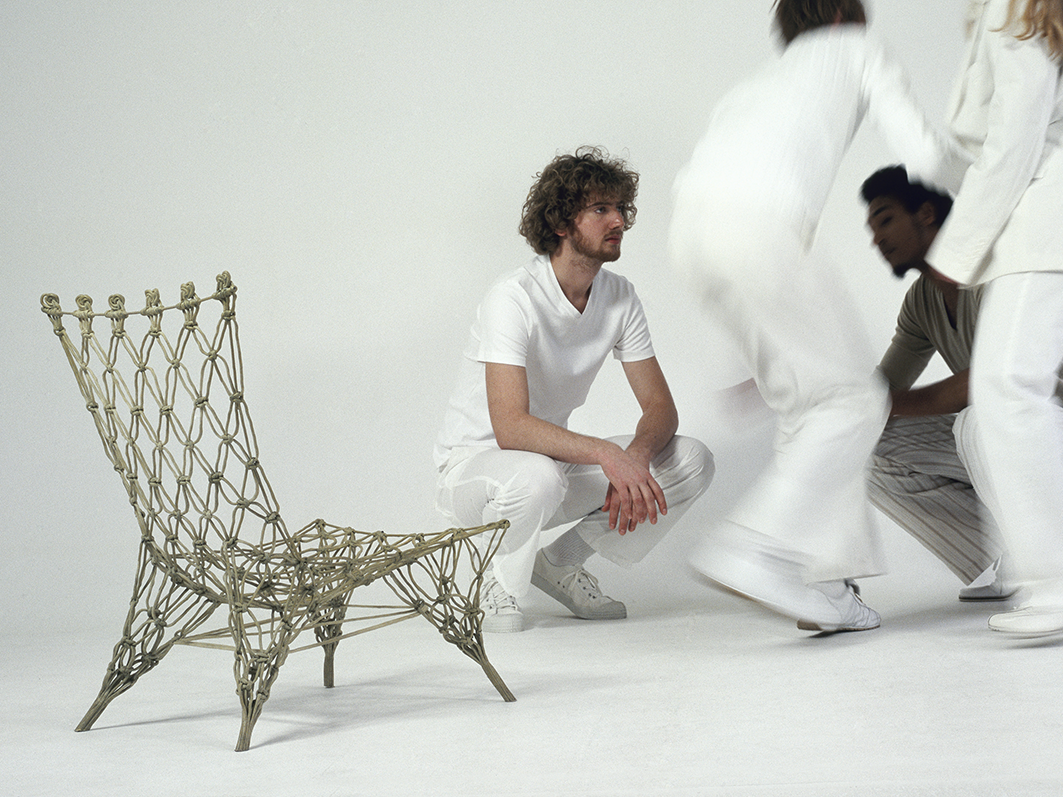 It all started in 1993 when art historian Renny Ramakers and designer Gijs Bakker presented a collection of works from a group of young Dutch designers at the Salone del Mobile in Milan under the name ‘Droog’. Ramakers and Bakker had noticed a fresh trend in design in the use of everyday, recycled materials, combined with a down-to-earth mentality. The designs where simple yet humoristic – literally ‘dry’; ‘Droog’ in Dutch. 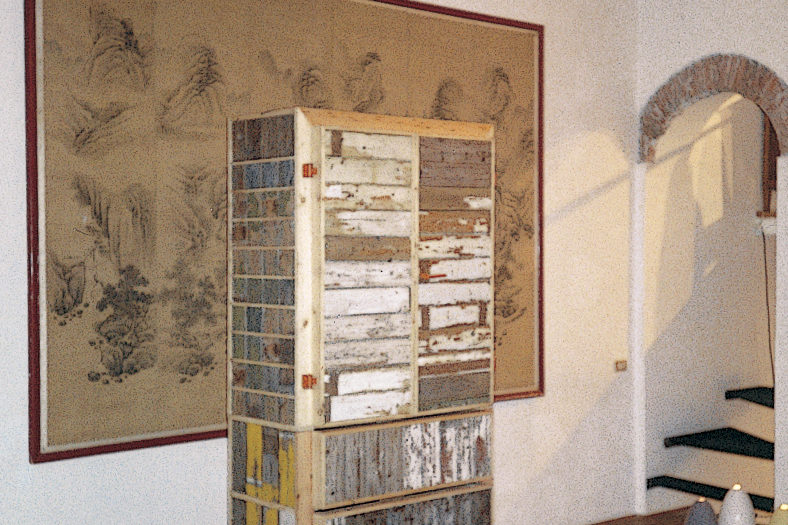 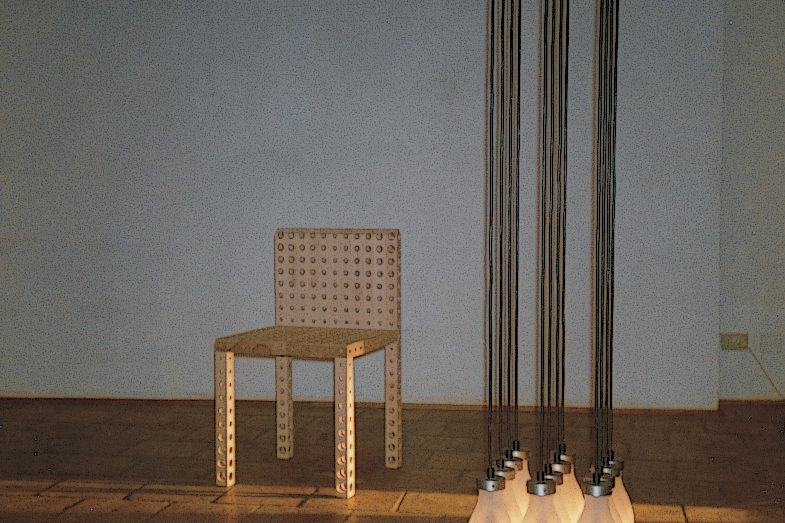 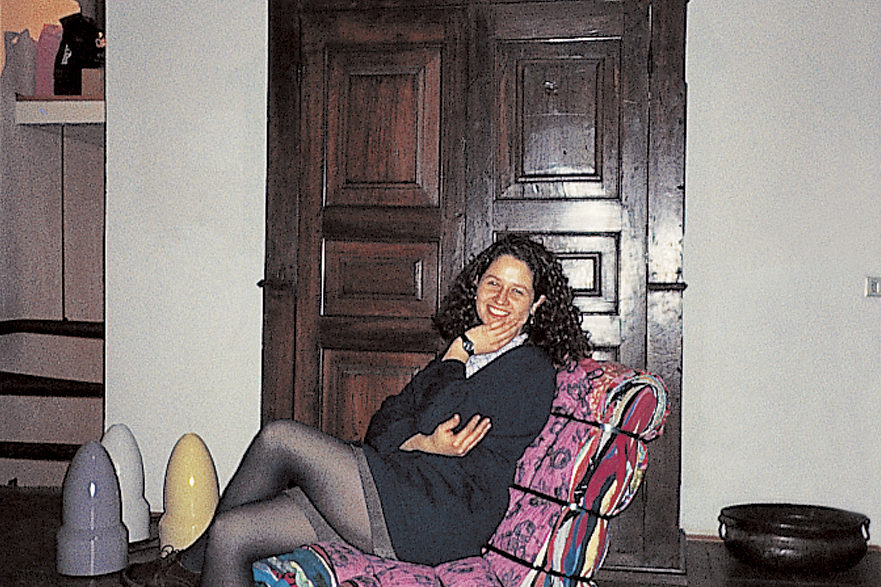 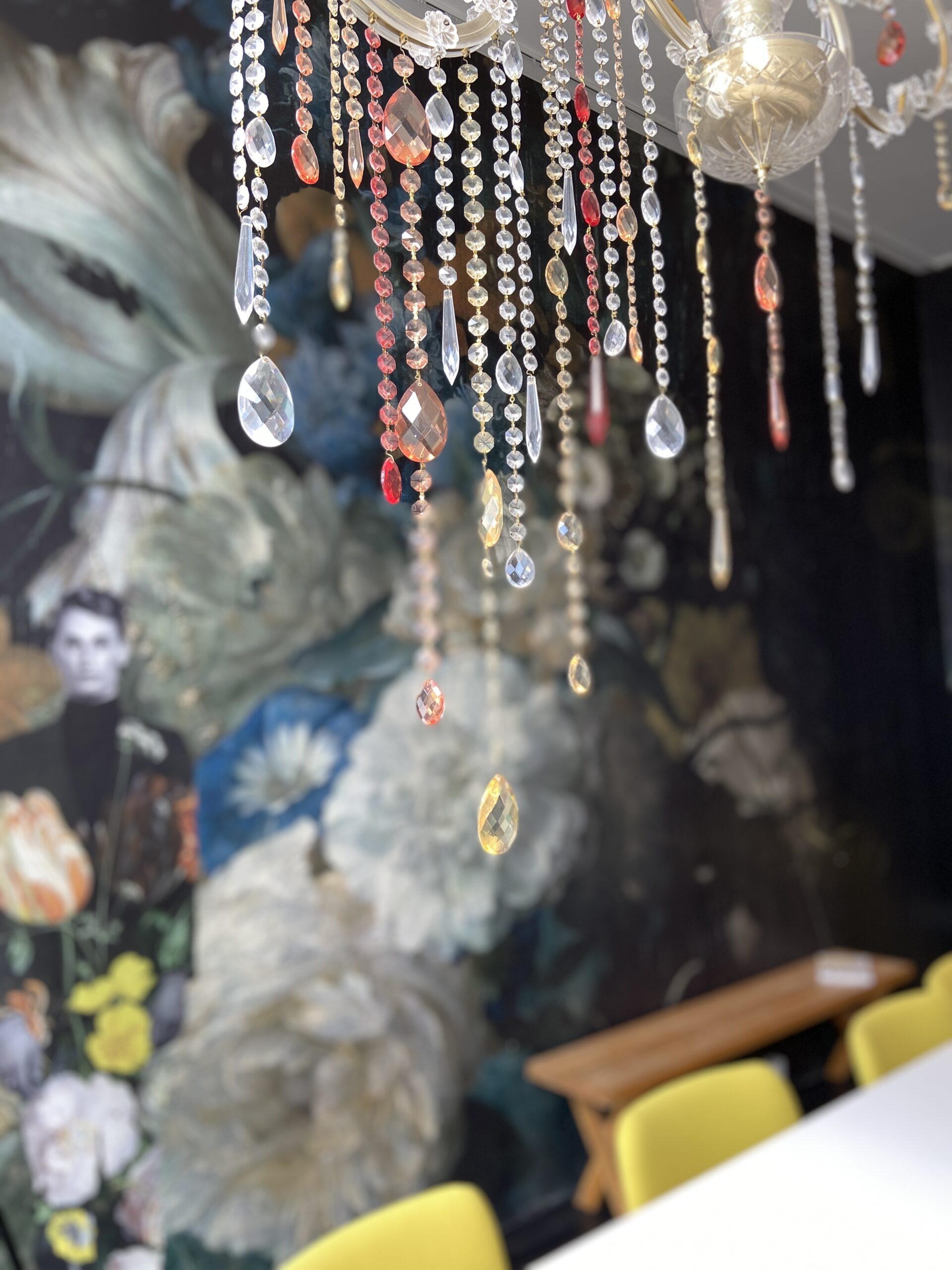 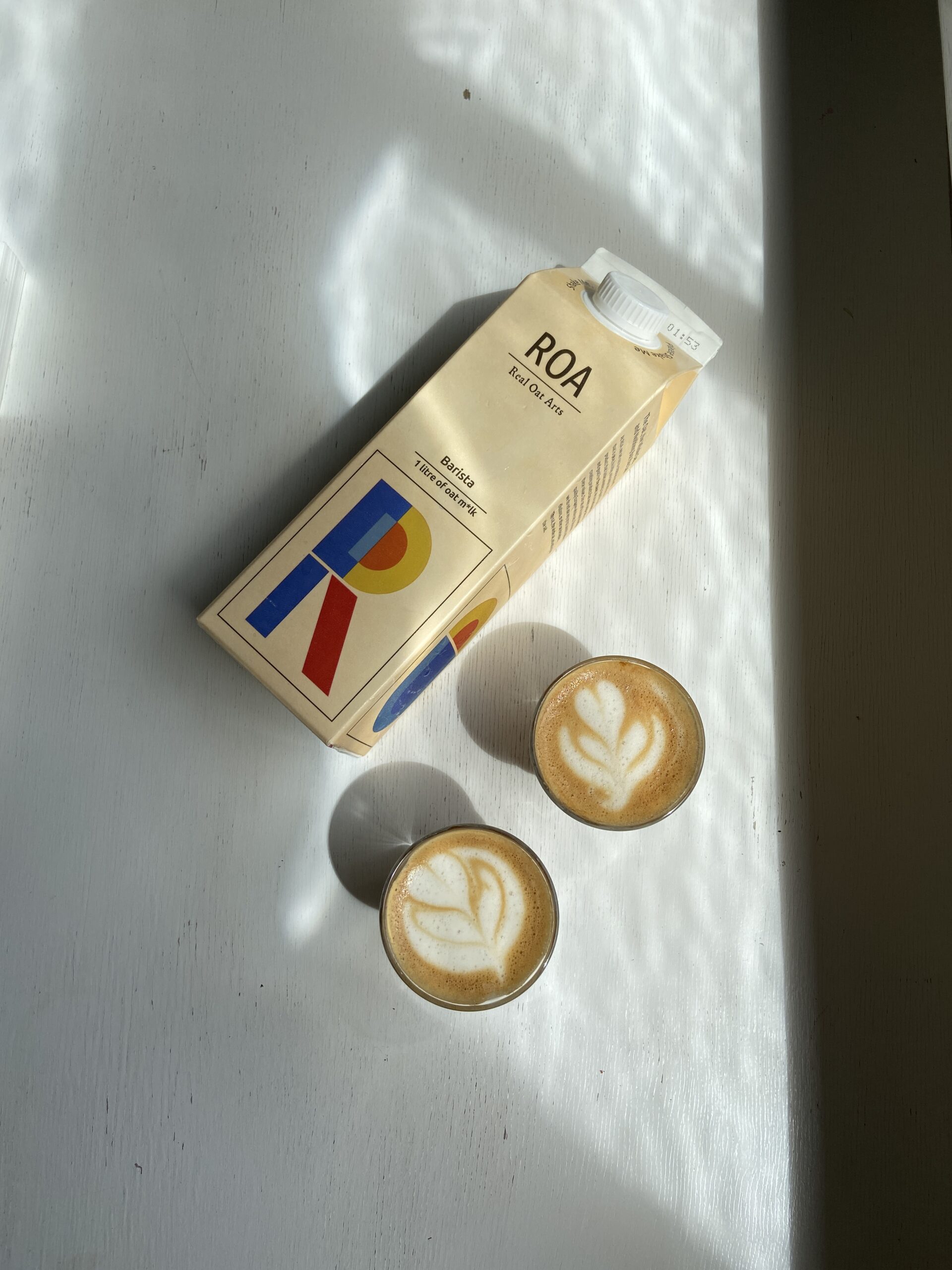 Starting today, you get your coffees for the same price – whichever milk you choose. We believe in rewarding sustainable choices, so we’ve scraped the extra charge for our plant-based options.

See you soon in the café for a delicious (iced) coffee? 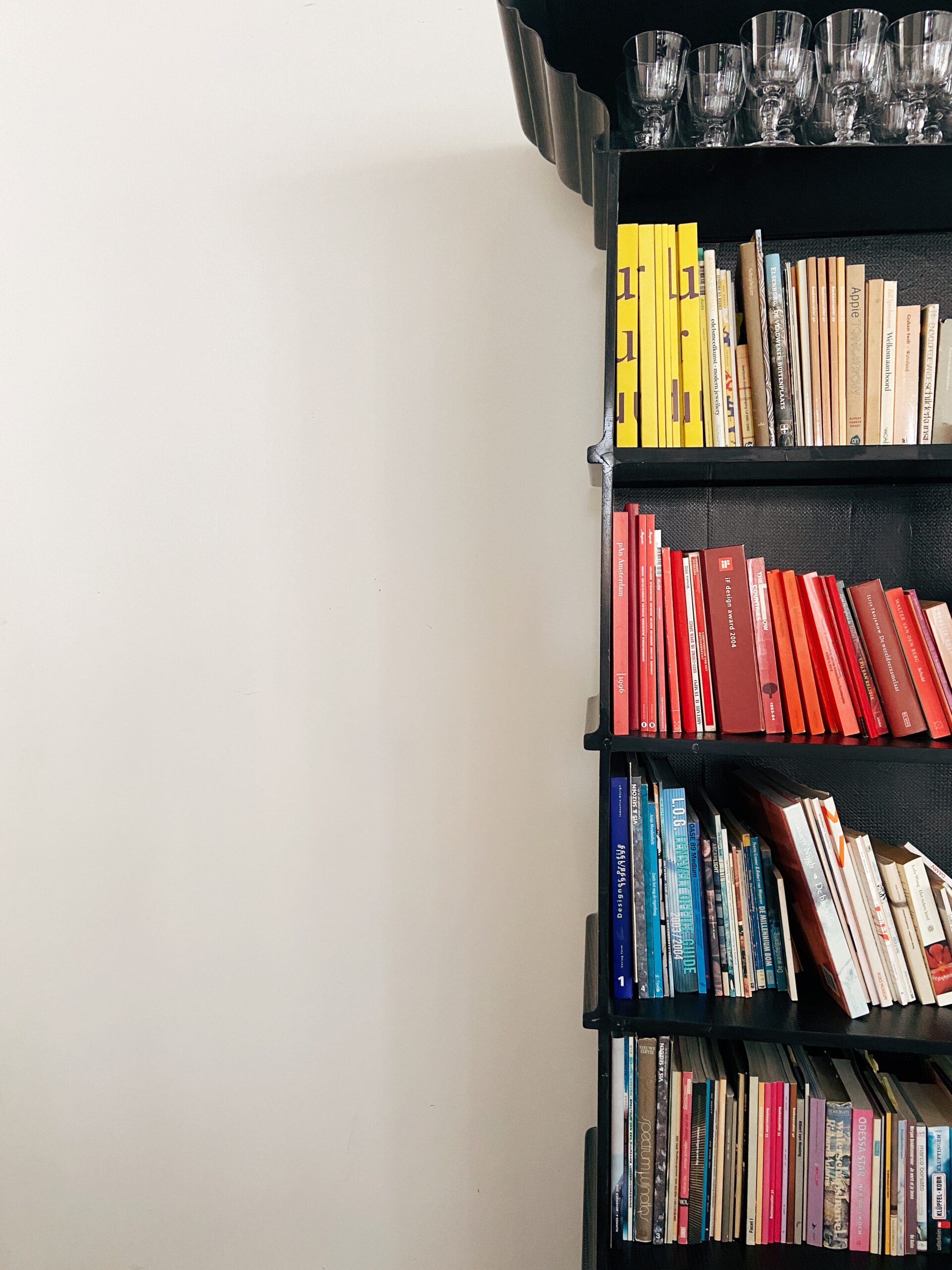 Starting Monday the 4th of July, @droog will open on the following times: 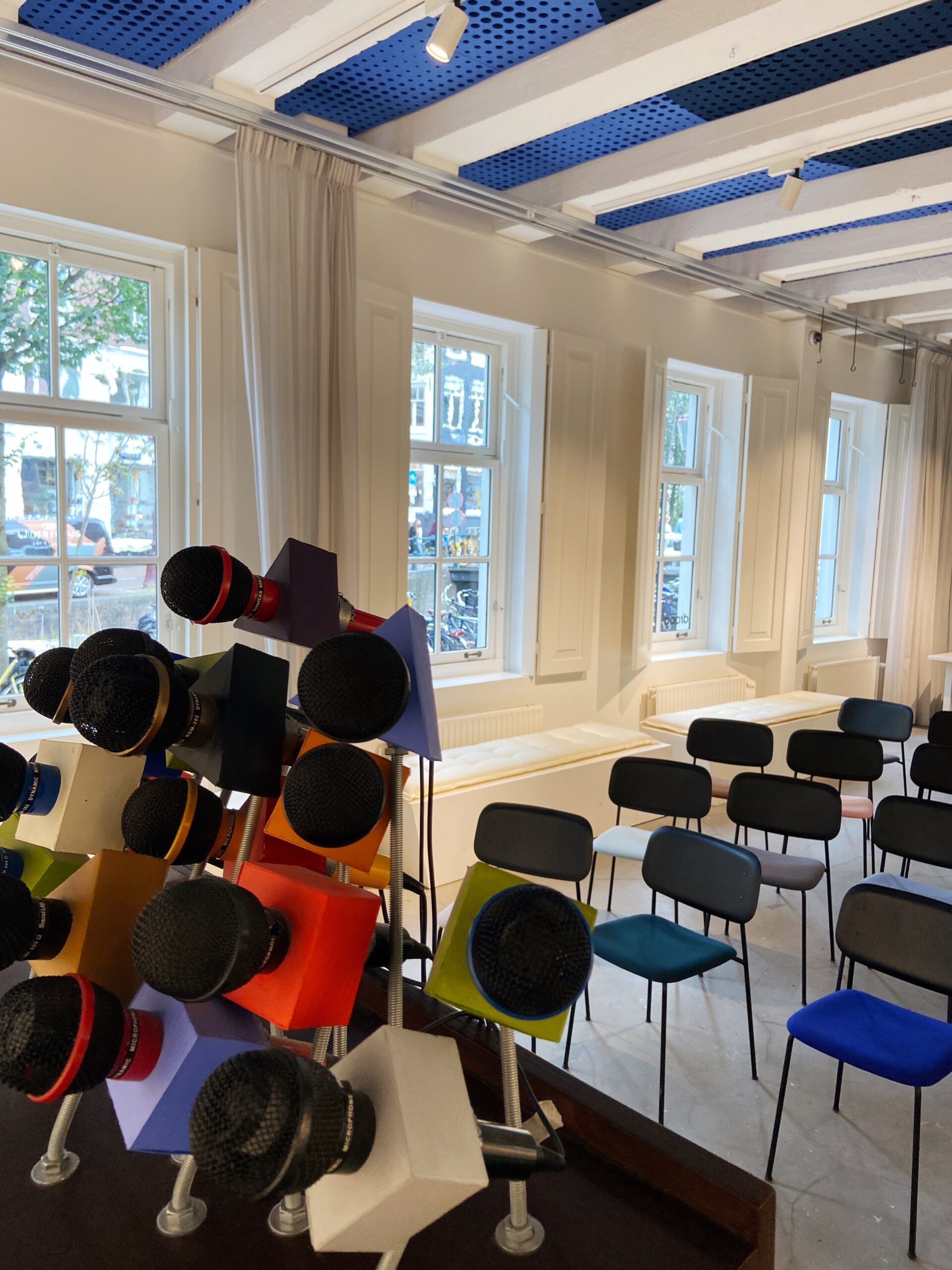 Got a story to tell? The Grand Space is the – you’ve guessed it – biggest space @droog. It’s a great, soundproofed space for storytellers to take the stage, or talented speeches to share their words of inspiration.

For the following few weeks, the stage is occupied by the world’s most iconic speeches. Sit down and listen to Martin Luther King, Greta Thunberg, Charlie Chaplin and more. Let their words and emotions inspire you during your next visit

Want to share your own story here? The Grand Space can be rented out. Check our spaces for more information 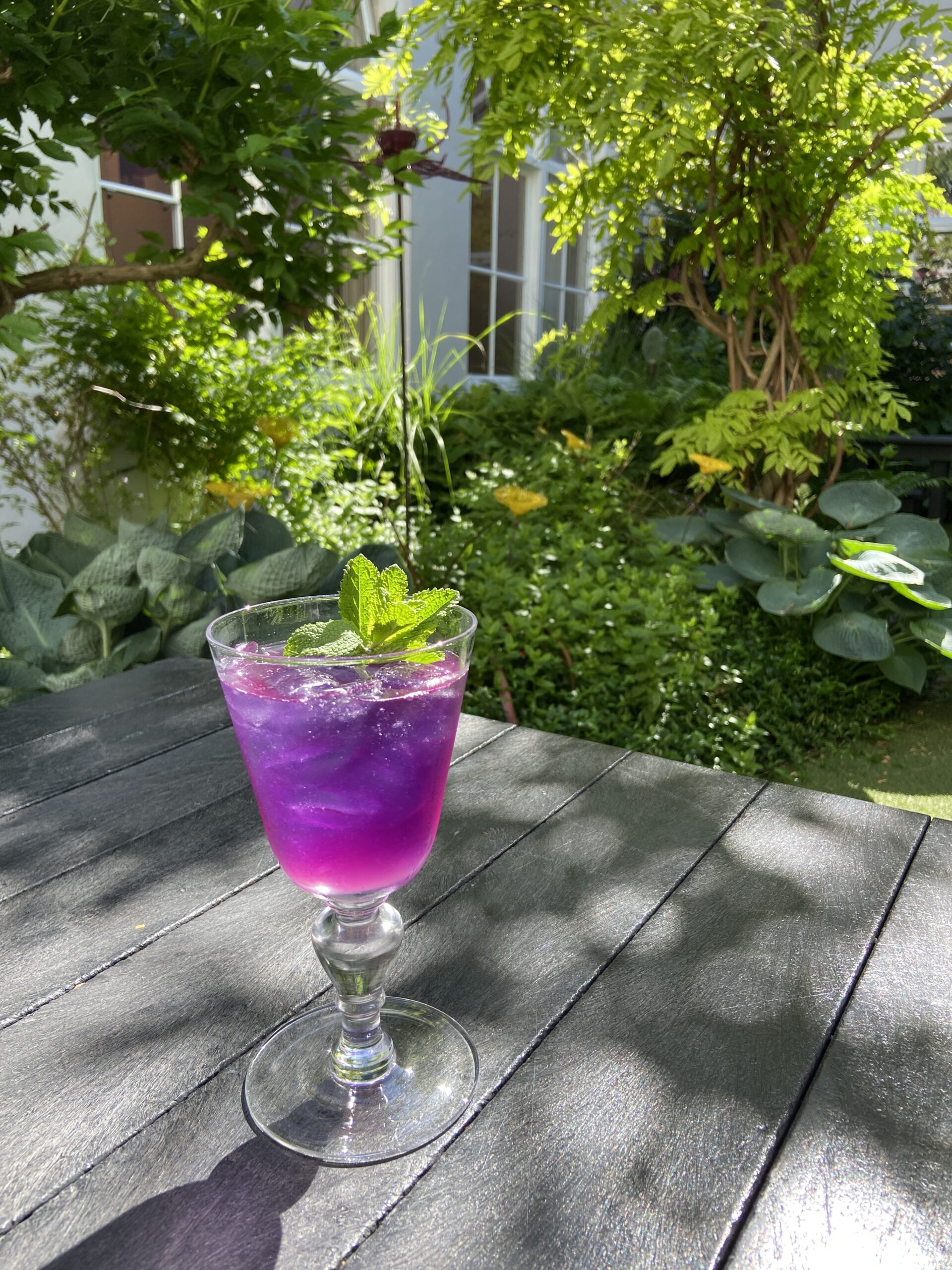 It’s Summer, which means the Fairytale Garden is open again! A great place to cool off and unwind from the busy city centre. Have a seat, drink your (iced) coffee or enjoy your lunch in this secret green oasis.

Good to know: we do not accept reservations for outside, drop by and have a look if there’s a free table!

what’s on the menu? 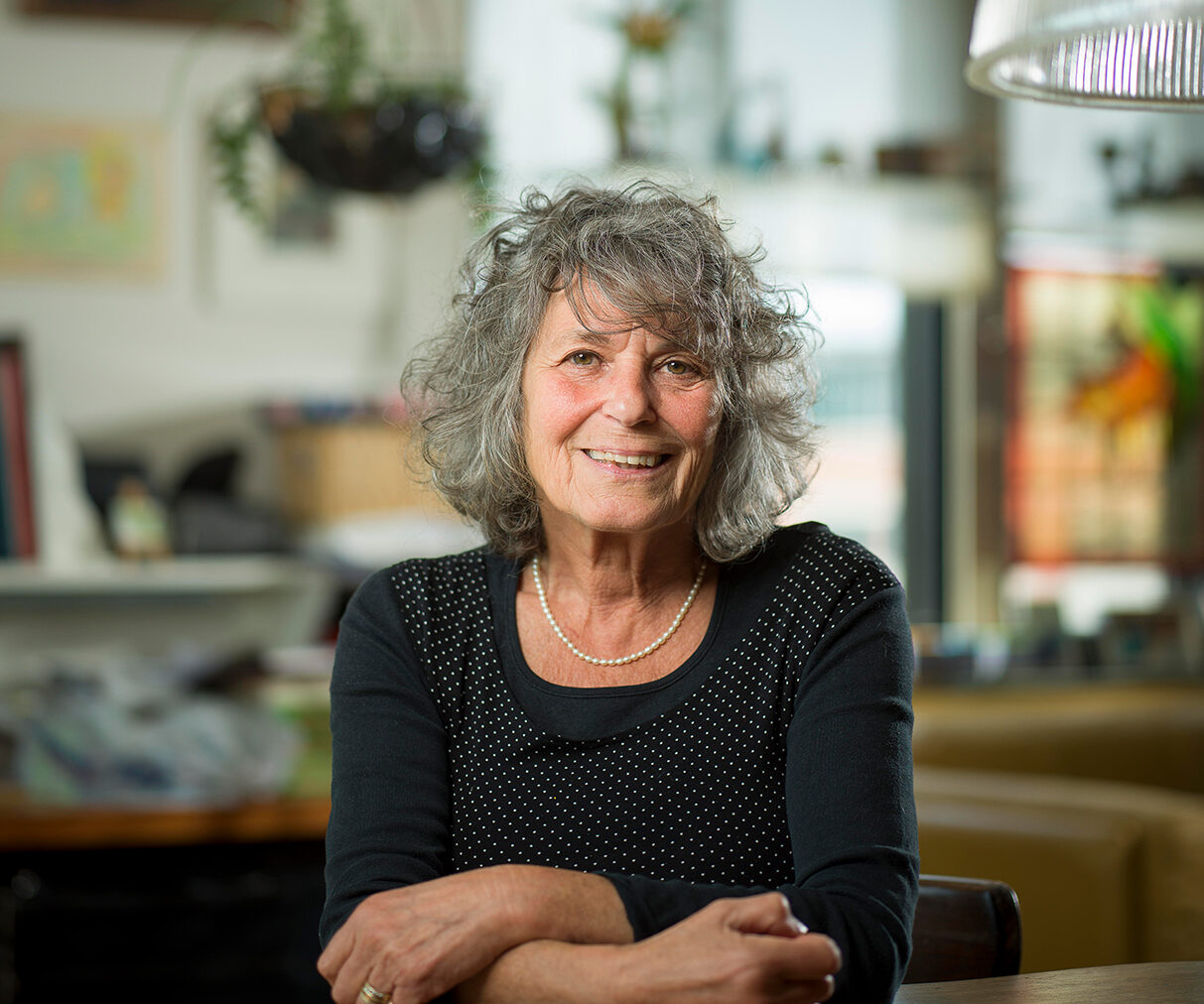 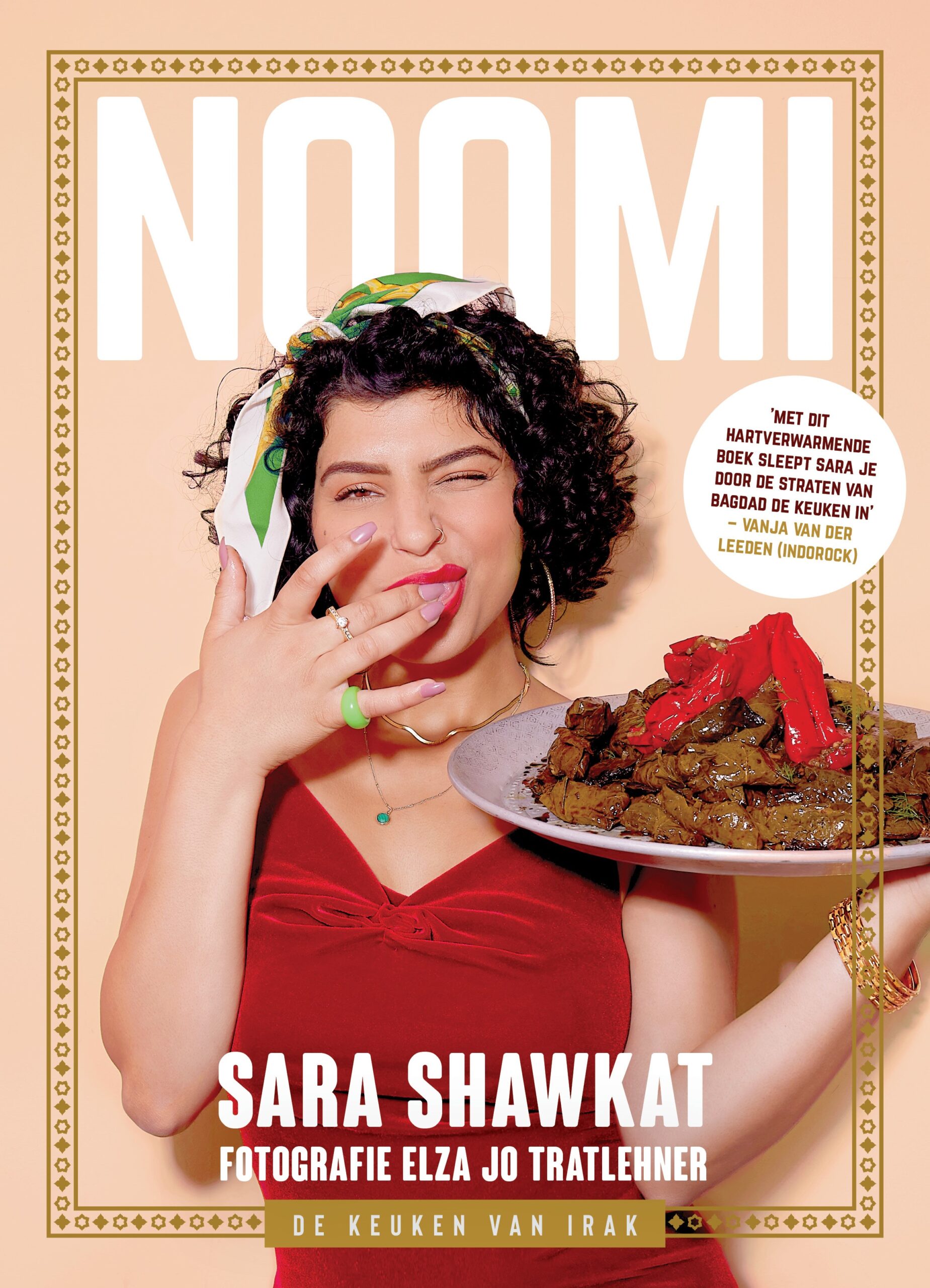 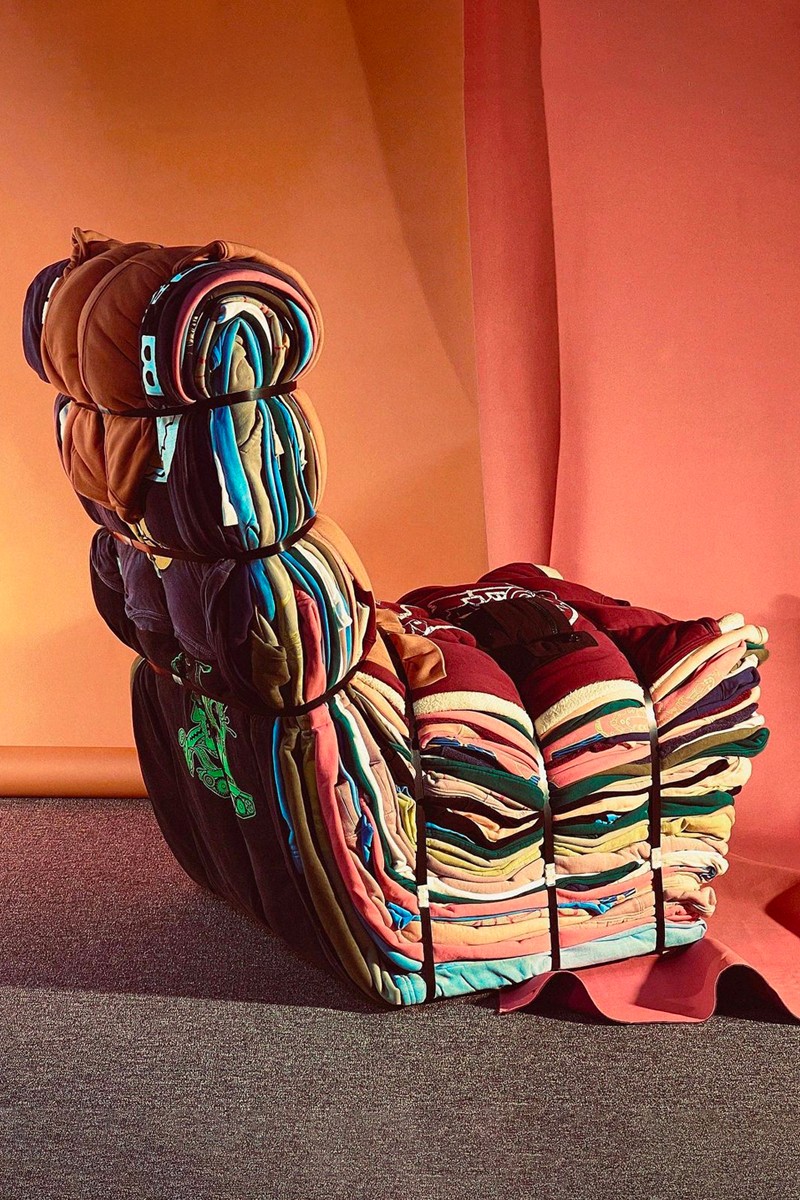 Tejo Remy’s Rag Chair (1993) is an iconic Droog design – currently on display in the [email protected]. It is known for re-using materials and minimizing waste, something that resonates with Los Angeles-based creative collective Brain Dead.

It’s a fact that the clothing industry is one of the most polluting industries to date – something Brain Dead is fighting. What can be done with leftovers, samples and flawed fabrics? You can upcycle them and revive them into a Rag Chair.

The Rag Chair for Brain Dead by Tejo Remy will be shown at Spazio Maiocchi during Milan Design Week next week.