On 21 December 2015 Sarriel Taus and Renny Ramakers organized their first dinner with refugees at Hôtel Droog.  35 Dutch guests mingled with 35 refugees from Syria, Irak and Eritrea, christians and moslims.

It was a night full of hearth breaking stories about crossing the Sea in rubber boats, the transit through Turkey, Macedonia and so on, the continuously bombing in their home land – a hairdresser told us that his hair salon had been completely destroyed and while we were eating and drinking, my neighbour at the table received a text message from a friend saying that his house was in between two fires. They showed pictures of their family left behind and they told us about their life in the refugees shelters. For some if them it was the first time to meet Dutch citizens. Their biggest frustration is that they don’t have any money while not being permitted to do any work. They don’t want to keep their hand up. They just want to work, to start an enterprise, to start a new life. And now the only thing they can do is wait. Many of them were eager to learn Dutch and one guest hilariously practiced Dutch proverbs.The 35 refugees were all men.

On 15 February 2016 a second dinner was organized, this time with women only and a few gay men. The atmosphere was totally different. It was again evening full of shocking stories. But we also saw new friendships arise. Afterwards we got very positive feedback from the refugees aid organization. They told us that everyone was enthousiast and that the evening gave the refugees hope and trust. 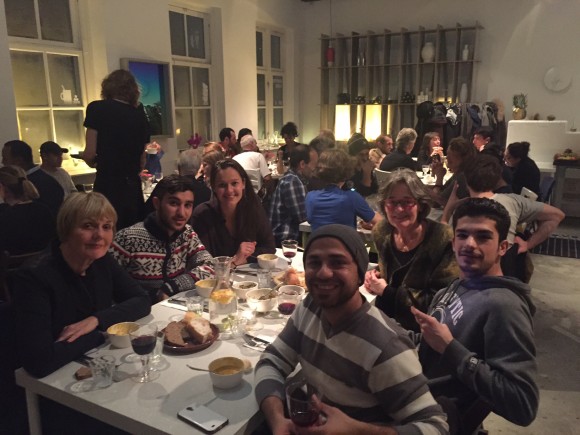 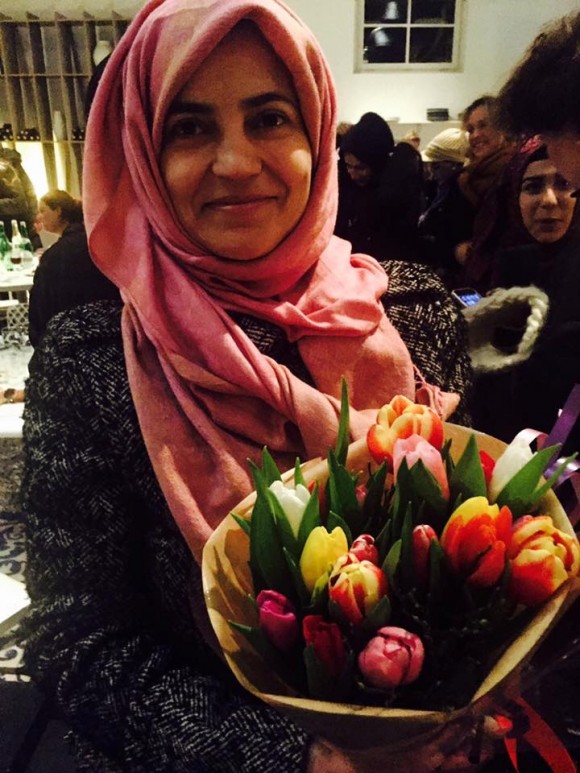 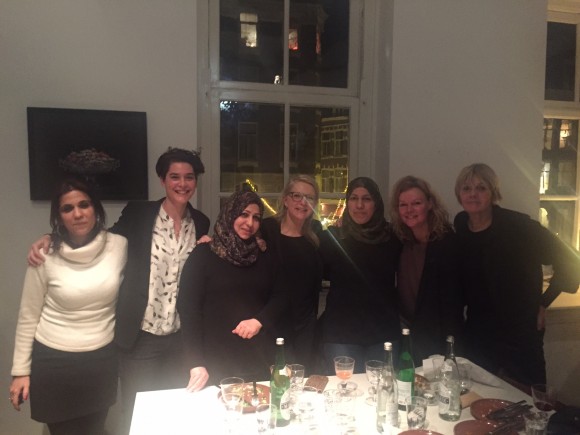