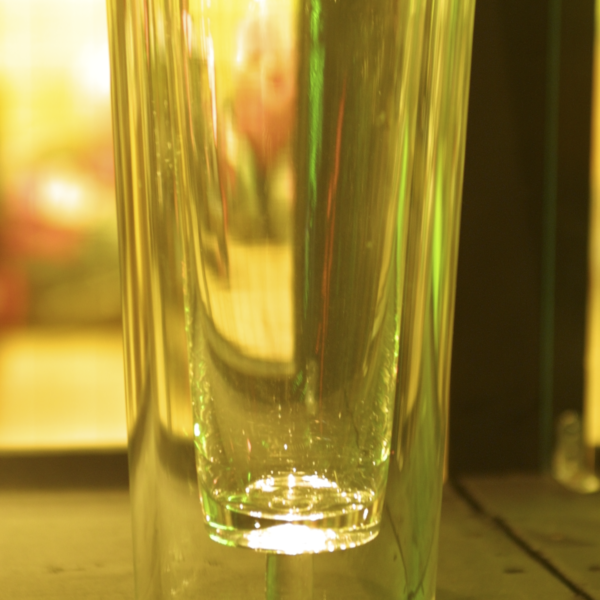 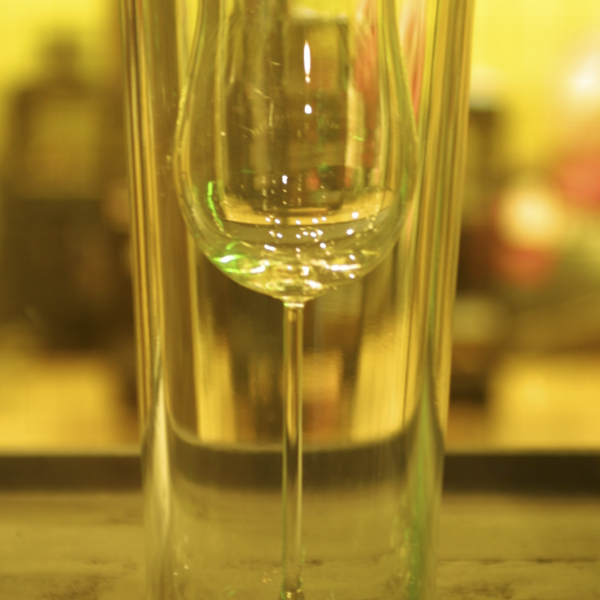 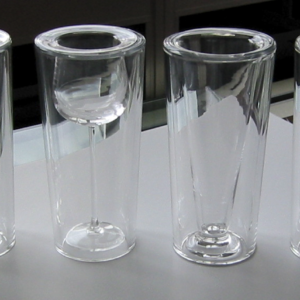 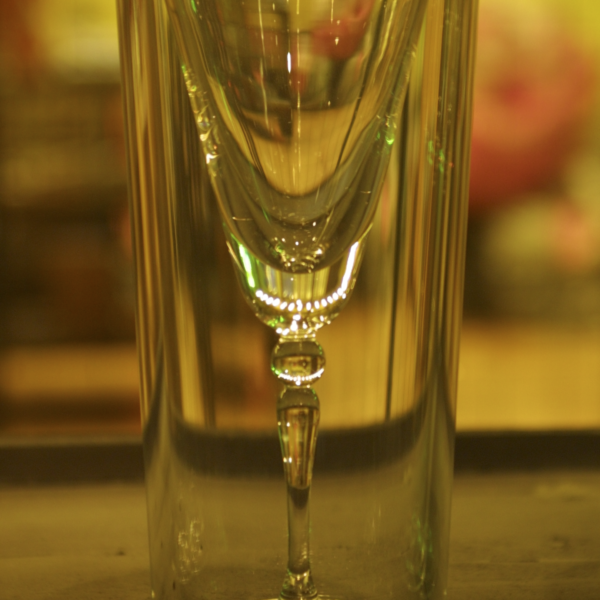 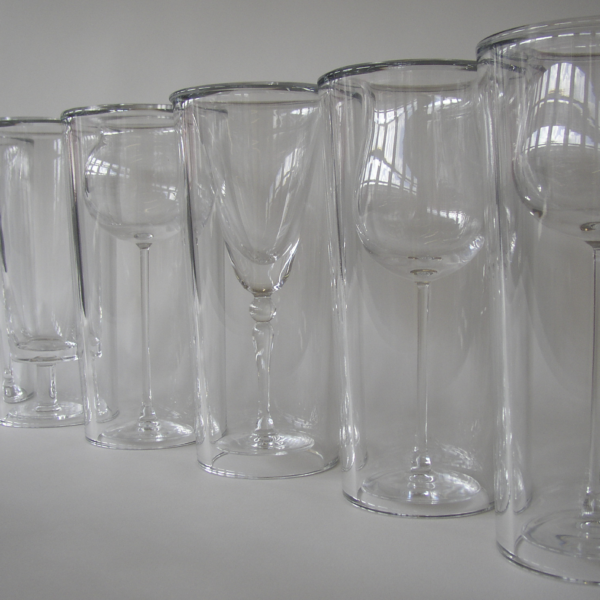 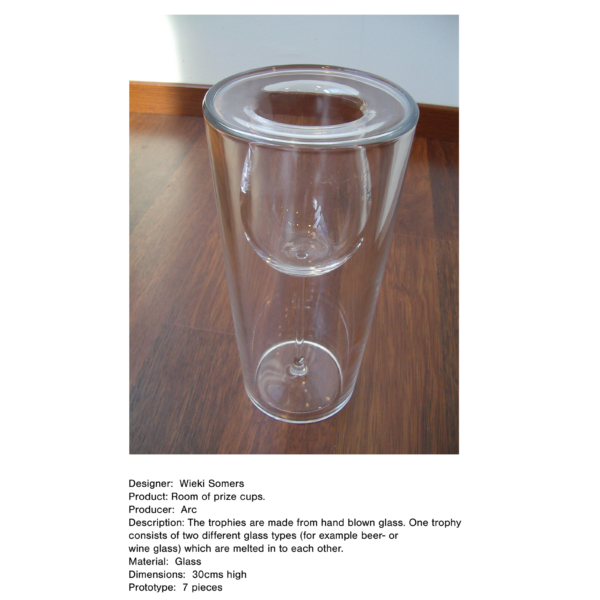 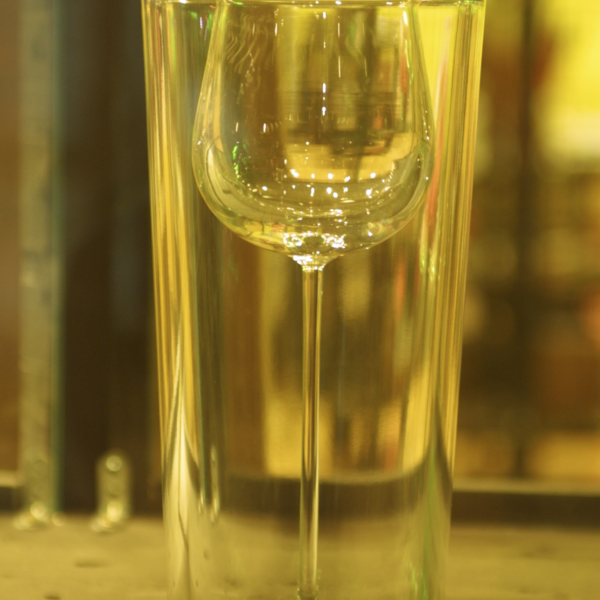 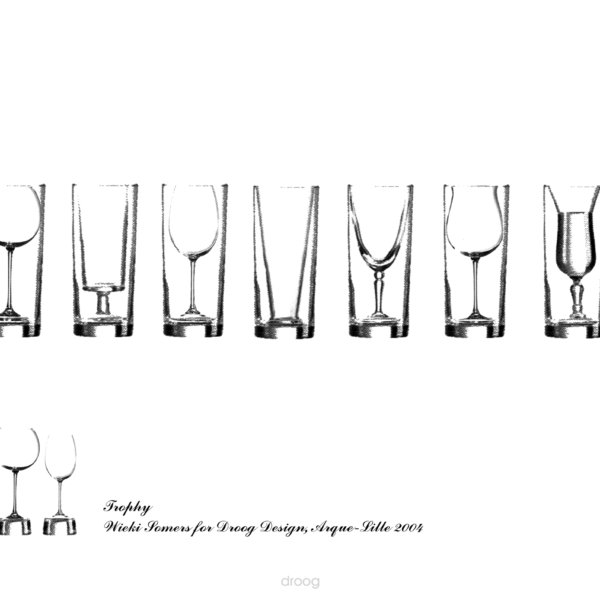 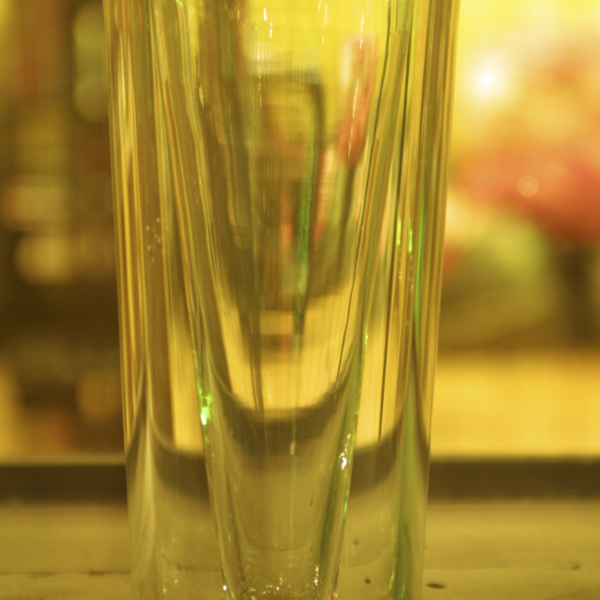 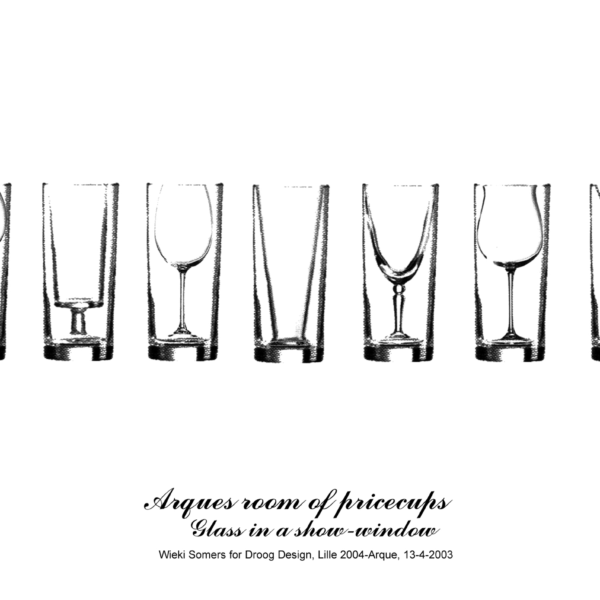 Wieki Somers did two kinds of crystal trophies for ‘From Lille with Love’, entitled Room of prize Cups I and II. One kind, of which seven were made, consists of a crystal vase, with the bottom cut off, suggested by Gijs Bakker, because it looked too massive.

Inside is a hand-blown crystal glass, copied from the collection. With its goblet its rests on the edge of the vase and in that position they are melted together. The foot of the glass is just above the surface that the trophy rests on. The other kind, a series of five, is based on standard drinking glasses. 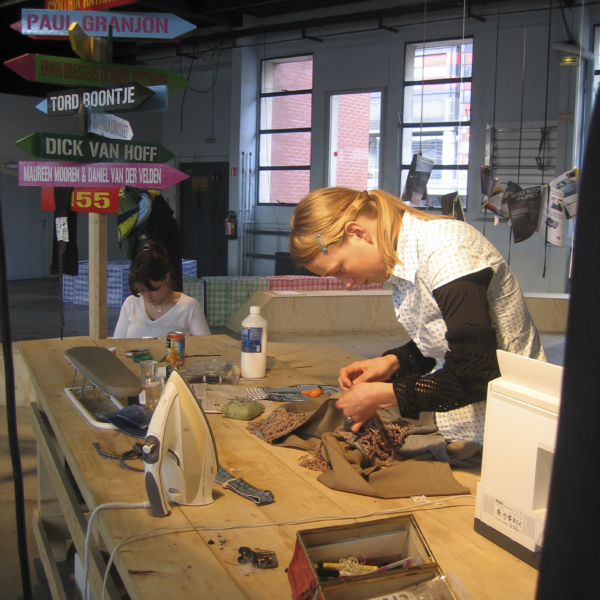 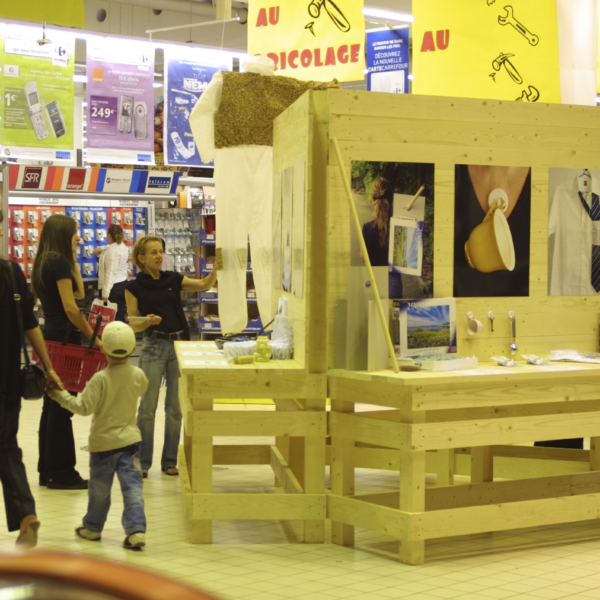 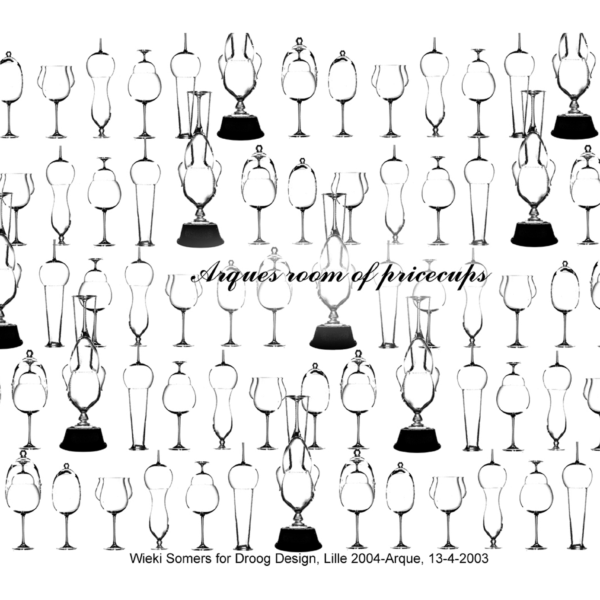 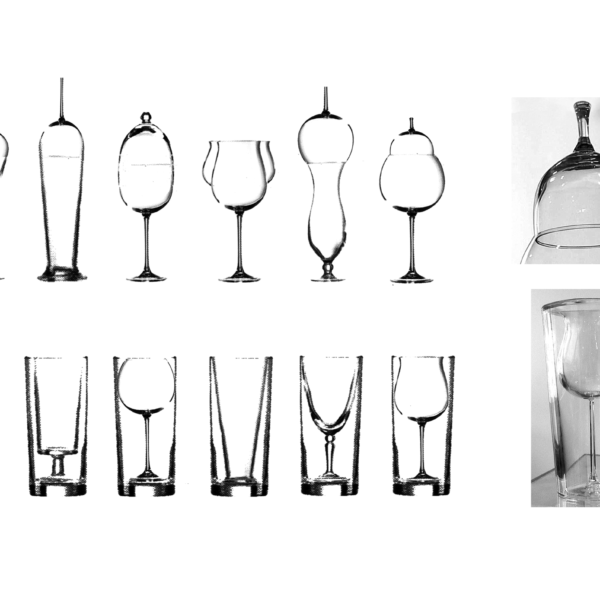 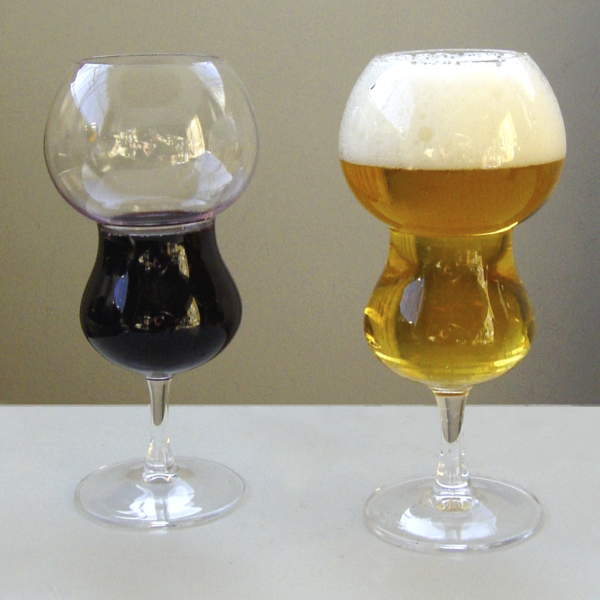