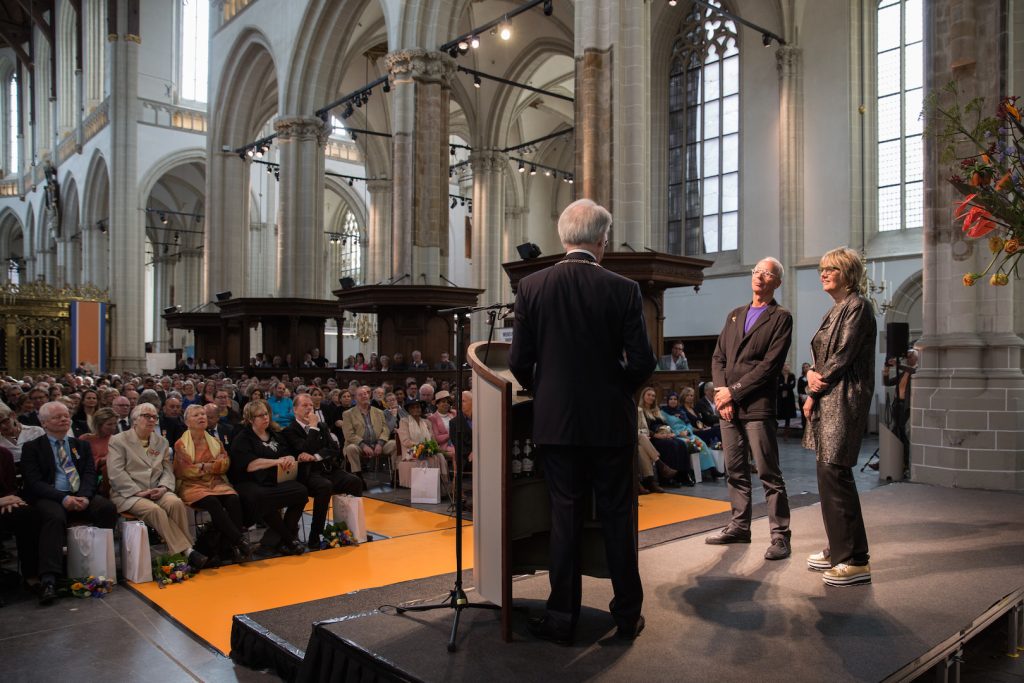 Founders of Droog, Renny Ramakers and Gijs Bakker, have been appointed Officer in the Order of Orange-Nassau and Knight in the Order of the Dutch Lion. They received the awards (of royal honours) by the acting mayor of Amsterdam, Jozias van Aartsen, in a ceremony in the Nieuwe Kerk in Amsterdam.

Ramakers and Bakker founded Droog in 1993 and since then, they have put Dutch Design on the map. The presentation was given the title Droog because it concerned work in which the concept was more important than design.