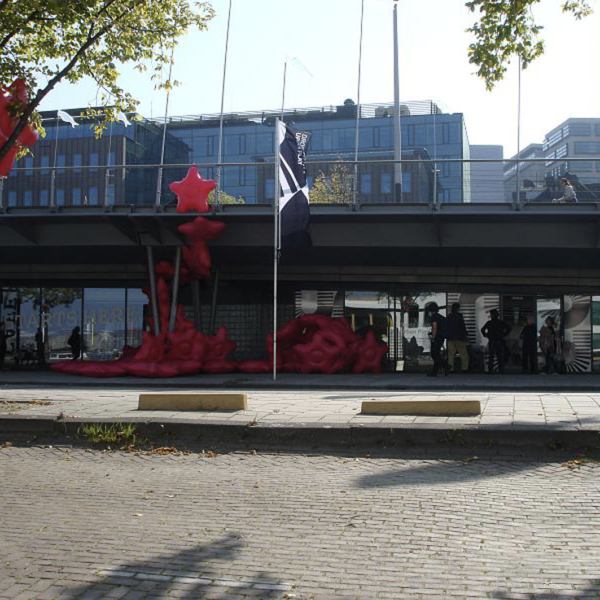 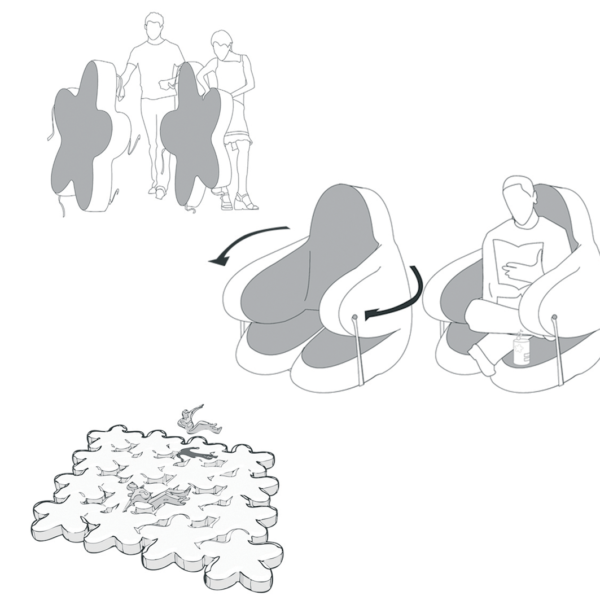 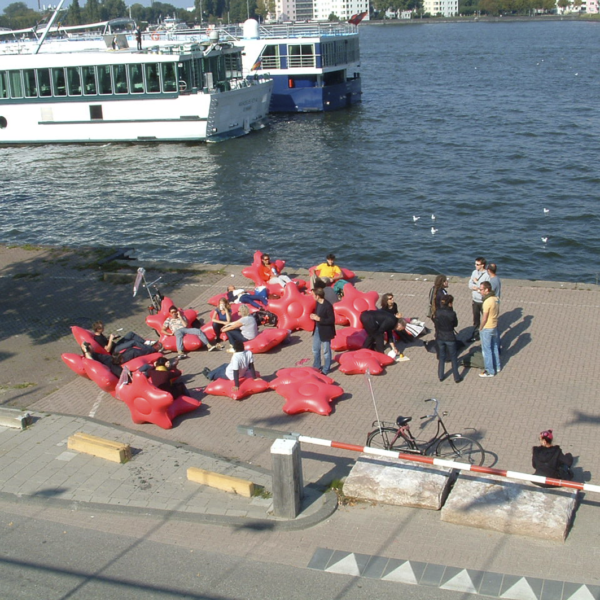 Based in San Francisco, United States Rebar was formed in 2004 by Matthew Passmore, John Bela, Jed Olson and Judson Holt to design and construct the Cabinet National Library – a functioning library consisting of an ordinary file cabinet which was built into an excavated notch in the middle of the New Mexico desert. The Cabinet National Library, as the name suggests, is also the official library of Cabinet magazine, a non-profit arts & culture quarterly from Brooklyn, New York. While Rebar’s work can be used or interpreted as playful, ridiculous, or absurd, it is also highly functional.

But it is always related to the public domain and it always challenges our perception of the way our world is organized by a set of rules and relations. Rebar also samples and remixes landscapes, for example in PARK(ing) (2005), when a regular parking space in San Francisco was ‘reprogrammed’ into a temporary public park for a day. It has meanwhile become an annual event.

‘Bushwaffle’ is their first ‘product’ design. Sold to the public via a vending machine, it is a piece of modular inflatable urban furniture – a pillow to sit on, float on, tie and wrap around you. Through strings it can be connected to other Bushwaffles. Two could form a mattress, three could be a sofa, and more could become a great seating area for a party in the park with friends.