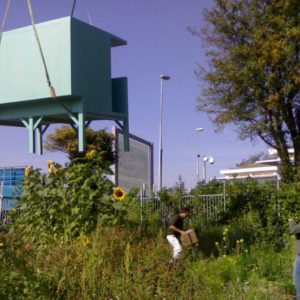 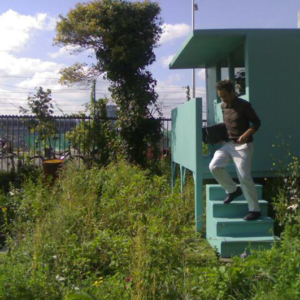 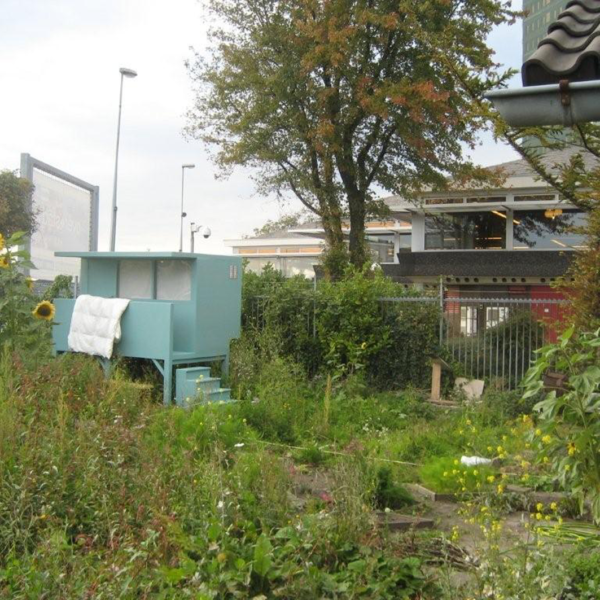 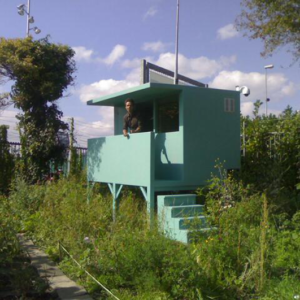 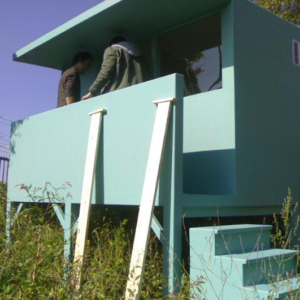 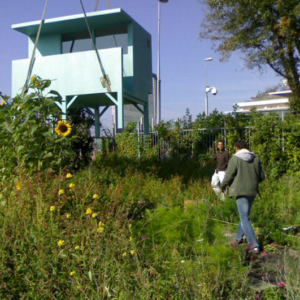 Jan Konings was trained as an industrial designer but has been working mostly as a designer in public space. He was one of the founders of Schie 2.0, together with Lucas Verweij and Ton Matton, and previously formed the design office Konings & Bey with designer Jurgen Bey.

His work crosses the boundaries of city planning, landscape design, art, ecology
and design. Currently he is working on the design of a park on a former garbage disposal site in the city of Haarlem and a hangout place for teenagers in a newly built area in The Hague. ‘Hotel Transvaal’ is one of his ongoing projects in The Hague, an area undergoing major reconstruction work, and
this project forms the inspiration for ‘Hotel Experimenta’.

Hotel Experimenta is a temporary hotel at the northern IJ-river front in Amsterdam. It can be seen as an inverted hotel – the neighbourhood as a whole functions as a hotel, the streets are the hotel corridors, and the inhabitants are the hosts that offer the guests services, activities and excursions.

Hotel Experimenta consists of one freestanding room with a double bed and a
view. Those who book a night at Hotel Experimenta sleep here and discover its
surroundings since the other hotel functions are to be found outside. For
breakfast, watching a movie, going to the sauna, having diner or engaging in activities like gardening, taking a boat trip or doing some creative work, the hotel guest will need to get out and explore.

Hotel Experimenta *-***** is not your average hotel, but rather a stay that will
accommodate random and organised meetings with people. It connects the
familiar with the unfamiliar, and improves the social and economical structure of the area. Hotel Experimenta is a new public space.